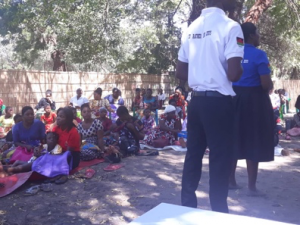 “Though the Lord is the great Master-worker, yet the human agent has his part to act with the divine worker, or the heavenly building cannot be completed. All the power is of God, yet all the responsibility rests with the human agent, for God can do nothing without the co-operation of man. The Lord does not design that human power should be paralyzed; but that by co-operation with God, man may become a more efficient agent in his hands. Though weak, erring, frail, sinful, and imperfect, the Lord holds out to man the privilege of co-partnership with Himself.” The Messenger, April 26, 1893.

Paralyzed by the coronavirus pandemic, the world seems to have come to a standstill. Fear grips the minds of believers and unbelievers alike. Government leaders are vainly trying to stop the spread of the disease. Panic-driven companies are scrambling to produce a workable vaccine to protect society from contracting this dreaded virus. With unemployment rising every week, the pressure is mounting for governors to reopen their states and kick-start the economy. Social distancing seems to have halted the proclaiming of the everlasting gospel, yet amid “famines,
pestilences, and earthquakes in various places,” Jesus predicted that “this gospel of the kingdom will be preached in all the world as a witness to all the nations, and then the end will come.” Matthew 24:7, 14. 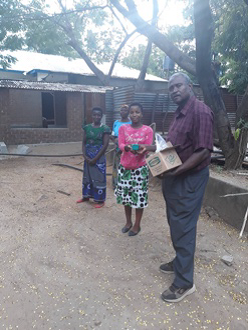 Malawi’s government shut down all businesses in the country to slow the spread of the COVID-19. In this country, the largest percentage of the population has no savings to live on but survives day to day by working and selling products. When this crisis infiltrated their homeland, fear gripped the people, and they needed answers. Upon hearing the decision of Malawi’s government, Golden Lapani at once began creating ways to continue sharing the good news about Jesus’ coming and thus bring hope and assurance to his countrymen. Golden decided to hold an in-home crusade to
bring awareness of the signs of the times spoken of in Matthew 24. Setting up his loudspeakers high in the trees so that people could hear from their homes, he began his Christ-centered prophetic messages. Drawn in by the message, hundreds of people gathered about the church where he was preaching. Elders and workers tried to educate the people about social distancing, but this proved very challenging. Eager to get answers for their anxious hearts, the throngs continued crowding outside the church. As the crusade progressed, many gave their hearts to Christ for the first time and decided to follow Jesus into the watery grave of baptism. 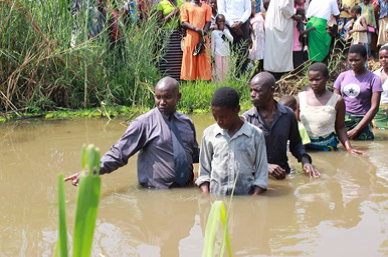 As the country’s president tightened restrictions on public gatherings, Golden thought of a new method. First, he bought hundreds of bars of soap. Golden and his team of Bible workers then started distributing the soap out in the rural areas, along with some corn he had grown. They educated the people on virus transmission and the necessity of personal hygiene. As kindness and generosity disarmed their prejudices, the people let down their guard, and Golden was able to teach them about the Three Angels’ Messages. Before leaving, he would appeal to the family to make a decision for Christ. Golden witnessed numerous Muslims and Christians giving their hearts to Jesus.

Let us not become paralyzed during this crisis, but creative in proclaiming the soon return of Christ! If you would like to support the work in Malawi, mark your gifts, “Malawi Evangelism.”

Yours in proclaiming Christ’s coming!