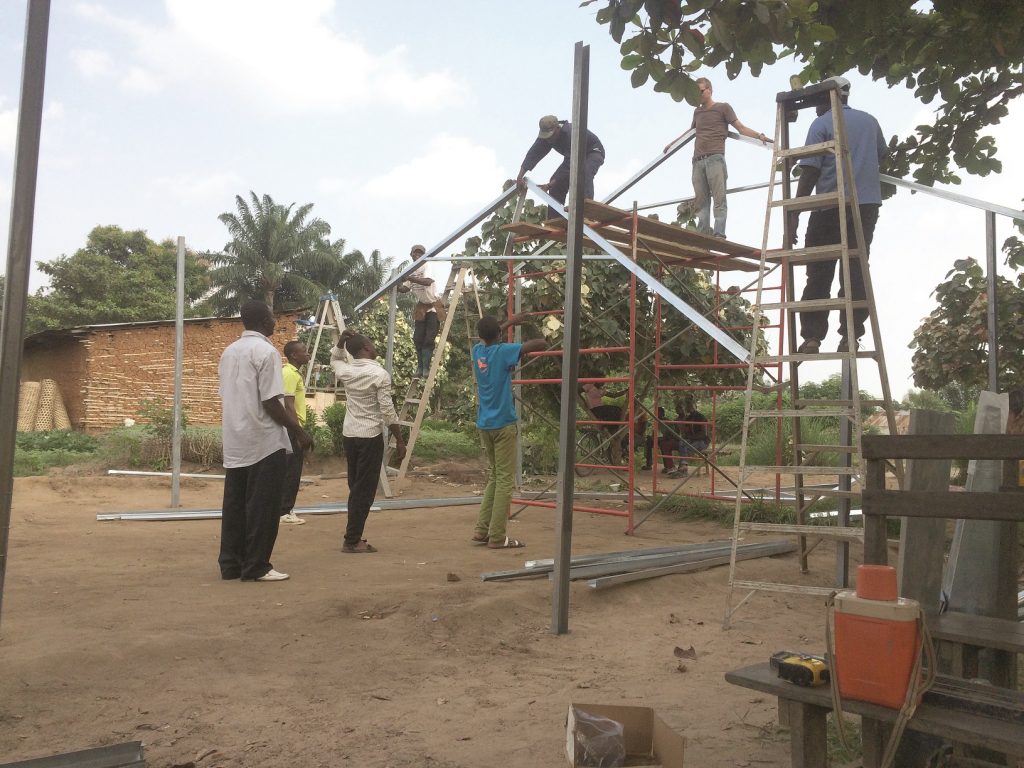 God leads a hardened man to a true Christian church.

Frank Mutamba managed a successful local bank in the Central Kongo Province. He lived in the area of Muanda, a major urban town on the Atlantic coast, home to more than 500,000 people. He was a faithful member in good standing at his Baptist church, and felt pleased to see his family active in church life. Then one day, Frank learned that his wife had committed adultery with his Baptist pastor. He was very grieved.

In time, Frank divorced and remarried. His new bride was also member of the same Baptist church he had been attending. The previous pastor had been disfellowshipped, and life seemed to return to normal with new church leadership. But unfortunately, the new pastor sinned with the second wife of Frank Mutamba.

Frank lost his faith in God. He decided that he would never attend any church, and never be involved in any religion for the rest of his life. Five years later, Frank
married a third wife. “We will not get involved with any religion,” he warned her. “Don’t even think about making friends with anyone related to Christianity, because Christians are dishonest people.”

It just so happened that Train Them 2 Fish assigned a Bible worker, Vincent Kande, to the town of Muanda to plant a Seventh-day Adventist church. Vincent began to visit people and connect with the locals. Without mentioning his connection to Christianity immediately, he became a friend to Frank Mutamba. One day after a pleasant visit, Vincent asked if he could pray for Frank.

“I’m not interested in prayer,” Frank stated, but he wondered why his new friend would even make such a suggestion. With the discovery that Vincent Kande was
a Bible worker, Frank spoke of his disappointment with his Christian experience.

“I am a Seventh-day Adventist,” explained Vincent. “My church is a unique one, with a unique message.”

“I’ve made up my mind that there will be no discussion about religion in my home,” Frank declared to his Bible worker friend. “But if you do have any literature
explaining what your Adventist church believes, I will read it for information.”

Vincent quickly handed him The Great Controversy. Frank read the entire book and felt impressed. “We should consider learning more about the Adventist church,” he told his third wife.

Frank declined Bible studies in his home initially, but with every Bible study guide Vincent handed him to read, he had more questions.

The small congregation of Adventist believers in Muanda gathered under a tree to worship every Sabbath. Many had been touched and changed as a result
of the Bible worker’s ministry there. Although Frank has a high social standing as a banker, he surprisingly harbored no disdain for worship under a tree. “There is no shame to following Jesus, even under a tree,” he said.

Author: Pastor Thomas Ongasa works in the Democratic Republic of Congo. He was formerly the president of the local SDA conference. He believed that God was calling him to start a training school to equip young people to spread the gospel in his country so he founded Train Them 2 Fish.

How You Can Help:
Pray for Frank and his wife and the Bible worker who is studying with them.

Donate. Funds are needed to help build a church in Muanda, and to support the workers and to supply the Bible workers and pastors with Spirit of Prophecy books. If you would like to help out with this worthy project, mark your donation “Congo,” and send to: