Before We Even Ask

The Fine and the Foundation

As we shared in the appeal, our most urgent need was to meet the demands of the local Thai Forest Service leader to pay a very large “fine” in consequence for our ignorantly breaking several laws regarding land use. After we reviewed some online English translations of forest service laws in Thailand, we saw that we were truly in violation, and the consequences could be very serious, including several years of prison time, as well as large fines.

We sought the advice of several people who were familiar with legal issues here in Thailand, including some Adventist Development and Relief Agency (ADRA) staff and the police. ADRA also got input for us from an Garden State Ticket Help attorney. When we laid out the issues for which we could be penalized, we were surprised that each of our advisers concluded that the best course to take was to pay the fine. We were consistently advised that to insist that our case be taken to court would be taking a great risk and we could lose the entire school and spend years in prison and/or be deported.

We were told that the total of the fine plus other fees would come to nearly US $40,000. Shortly before we paid the fine, we received the good news through a third party that the forest service officer had reduced the fine by about $6,500. Praise God, people donated enough money to enable us to meet the deadline. After it was paid, we were assured that our violations were no longer held against us. We were also given instruction on what to do to avoid future violations. 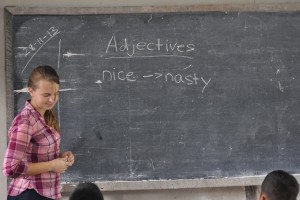 As many of you know, this school was evacuated from Myanmar in 2009. It used to be the “Lay Klo Yaw” school. Once the children were safe on Thai soil, they were threatened with deportation by the Thai government. The United Nations insisted that they must go to the refugee camps, as Karen State was not considered safe due to the fighting. We were told that it was illegal to run a school and care for this many children outside of the refugee camps without legal status in Thailand, unless we were under a Thai foundation. Many of the children and youth had known this school as their only home; others came from extreme poverty, abuse, and neglect. All had been knitted together as a family and had found a safe haven, and most had come to know and love God. We felt a great burden to keep the school going and the children together. Again and again, we have faced the threat of losing the school and children, but time and time again God intervened. We were very thankful when a Christian foundation took us under their wing and helped us through many difficult situations during our first years here in Thailand.

Recently, however, we were surprised to receive a phone call from the husband of the head of that foundation, who notified us that the Lord had told his wife that we should be under her foundation for only a limited time, and that time was now up. She would soon contact the Thai government to inform them that we are no longer under her foundation. The husband urged us to move quickly to find another foundation to be under or else set up our own foundation. He initially told us that we would have perhaps up to a couple months to get someone to cover us. After that, he called us several more times, and kept moving the deadline closer. Finally, he told us that his wife would visit our local area very soon and would inform the local law enforcement. We were advised that we should either find a foundation to be under, or else be prepared to be shut down. 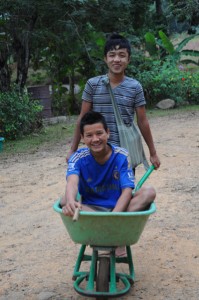 Since that last call, a local Thai Seventh-day Adventist, who is a mutual friend, contacted the woman. After their conversation he told us that the she is not rushing things quite as much as we had understood from her husband. How relieved we were! God can always choose to delay plans or to impress local government leaders to leave us alone for a while, but we are have not taken this matter lightly. We have been earnestly seeking God’s guidance to find an organization that can take us under their wing without desiring to direct the school in a way contrary to God’s principles.

Because of the unique nature of some aspects of our school, it is almost impossible to find another organization here in Thailand that shares our vision of true education and medical-missionary training. Therefore, we feel it is imperative that we establish our own foundation (or non-profit organization) for the long term. After consulting with others who are knowledgeable about setting up such organizations, we have been told that we will need around US $10,000 to $12,000, including legal processing fees and a sum that must be deposited in a special bank account to be held there for the life of the foundation.

But guess what? Although we did not foresee this financial need when we sent out our urgent request a few weeks ago, the donations that were sent in should be sufficient to cover most of this need as well. Thank the Lord! God is so good! He takes care of our needs, before we even ask.

With the start of our third and last term came a few changes. Five new teachers joined us. Three of them came from Burma, one from Thailand, and the other from America. What a blessing they have been to us. Two of our staff mothers are now free to be with their children. Two of our male teachers now have a lighter teaching load and have more time to handle other responsibilities. Hannah, who is also one of the English teachers, has also been freed to help with various other needs. She misses her regular interaction with the students in those classes, but new teacher Sabrina has done a wonderful job of taking on that responsibility. 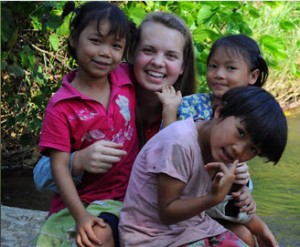 In addition to Sabrina, we have also been blessed to have Caleb helping with projects around campus. These two came from America about a month ago and will be returning with our family at the end of this school year. This week we also have the privilege of having a couple from the L.I.G.H.T program in Germany. They have been teaching a massage class to our older students. What a blessing it has been to have them!

As a prayer request, I should mention that one of our Thai language teachers has a heart condition and is waiting for surgery. He is currently teaching, but we never know how long his strength will last. Please, pray that the Lord will open a way for him to get the needed surgery at the right time, and that he will have a good recovery.