The Power of the Holy Spirit

Based on lay pastor Hanh’s experience, as told to Pastor Isah Young.

“Call to Me, and I will answer you, and show you great and mighty things, which you do not know.” Jeremiah 33:3.

Hanh* and his home-church took Pastor Isah Young’s challenge seriously. He told them to fast and pray for unreached areas in Vietnam. They began fasting and praying for a village 150 miles away—a village where lived not a single Christian. Because this was the hometown of one of the couples that attended the home-church, they prayed specifically for their relatives living there. 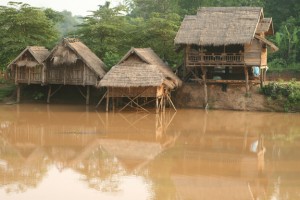 Yen* suffered from terminal stomach cancer. She came to the city from this village seeking medical care. Her nephew and his wife invited Yen to Hanh’s home-church and there she learned of Jesus Christ and was given a Bible. She readily accepted Him as her Savior. Because she was in the last stages of cancer the doctors offered her no help. Her only hope was in the Master healer, her new-found love. The cancer made it impossible for her to keep down food, but her insatiable appetite for God’s word sustained her. After two weeks in the city, she returned home to her family.

About a month later, Yen’s sister-in-law called Hanh with the sad news that Yen was about to die. The home-church group immediately gathered to pray for her as they had done many times when she was with them and after she had left, but this time they prayed intensely for two hours, claiming Psalms 30 for her life. They reasoned with God, asking Him, “If You let this lady die, who will praise Your name in this village?” At the close of their prayer they felt peace and assurance that God would heal her.

The next day after another prayer session, Pastor Hanh called to see if  Yen’s health had improved. He discovered she was in an unconscious state and was barely holding on to life. Talking to Yen’s sister-in-law, he earnestly asked, “Do you love Yen? If you do, listen to me! We have been praying that God will heal Yen. He is the only one who can help now. Please go get Yen’s book called the Bible, open it to Psalms 30, kneel down beside Yen and read the words, putting Yen’s name in the texts.”

A few days later, when Hanh, Yen’s nephew, and their wives came to visit, they were met with shouts of joy from a fully restored Yen, her sister-in-law, and a host of non-Christians, all praising the Lord. “Not long after you called, Yen stopped breathing,” the sister-in-law explained. “After I cleaned her and was about to dress her body for burial, I remembered what you said. I had no hope left other than your plan and it worked!! After I did what you said, praying and putting Yen’s name in the verses of Psalm 30, the blankets we wrapped Yen in started to move. I stared in amazement and fear as she started vigorously kicking the blankets off. She sat up. She asked for food and I quickly gave her some. Many came to console the family, but found an empty casket with Yen alive and completely healed!”

Hanh and his group, along with Yen, seized this opportunity to witness and spend time telling the villagers more about the loving Author of life and His powerful words in the Bible. Over 50 people in this village have accepted Jesus’ gift of eternal life and the news has traveled to several villages in the area.

Taming of the Beast

Based on lay pastor Thien Huong’s experience, as told to Judy Aitken.

“Then they came to Jesus, and saw the one who had been demon-possessed and had the legion, sitting and clothed and in his right mind. And they were afraid.” Mark 5:15

I carefully led believers in one of the home-churches in Vietnam through the book of Acts. We were so inspired that one of the members said, “We can do this. We can come together like those in the upper room and wait until God pours His Spirit on us in a greater way.” I agreed, so we gathered day after day to search the scriptures, sing, and pray for a greater measure of the Holy Spirit.

One day, as we continued seeking the Holy Spirit in our “upper room,” loud cursing interrupted our prayers. A large man burst into the worship room. Tattooed snakes and dragons decorated his body. The strong smell of alcohol overwhelmed us. Holding a wine bottle in one hand and shaking his finger at us with the other, he yelled profanity and insults at each member around the circle. I silently prayed for God to give me wisdom to know what to do. The church member in whose home we worshiped walked up to the man, looked straight into his twisted, angry face, and said, “I am so thankful that the Lord brought you here. Would you like to join us? If so, go outside and throw away your bottle of wine, come back, and listen to the Word of God.” The man stared blankly for a moment, then turned and bolted from the room.

The owner of the house explained to the rest of the group that the man lived next door and that he had just been released after a long prison sentence. Minutes later, we heard a firm knock on the door and in walked the very same man! He had changed to clean clothes, combed his hair, and actually appeared quite well put-together. He told us that his name was Vo. We made a spot for him to sit down and join us. He did, and he intently listened to me as I preached about a God who created the world and loved humankind in their wretched condition so much that He sent His Son to die on a cross and pay the price for our wrongdoings. I knew that others in the room were praying as I was speaking because we could sense the power of the Holy Spirit. 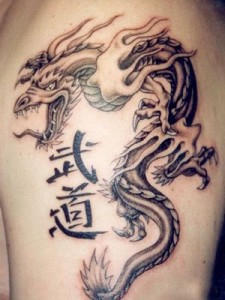 One of Vo’s tattoos.

We caught glimpses of the great controversy battle in that little room. As we read scriptures we watched Vo’s response. At one point he became angry and pulled up his pant leg to display prison tattoos. “Do you see this? I’ve killed people. There is no hope for me,” he said. We surrounded him and took turns praying for him, laying on hands. We pleaded with God on his behalf, rebuking Satan in the name of Jesus Christ. We asked that the Lord would forgive Vo for his sins and claimed the power of Christ’s blood. When we opened our eyes, tears were streaming down the cheeks of this very tough man. I asked him, “Do you want to receive Jesus?” Vo humbly said, “Yes, I want to receive Him into my life.”

Vo became an eager student of the Bible, a faithful member of the home-church, and a testimony of what the Holy Spirit can do when we surrender all. He was truly a new creation. Later, he told us that because his house was next door, he often heard the songs we sang. The words pierced his heart, while at the same time made him furious. He knew that if that much emotion came from those simple songs, it was a powerful force that he needed to learn more about. He hoped that it would be stronger than the demons and pain he lived with. It was.

Vo’s family expressed an interest in our church group, saying, “We want to know about the God that made such changes in Vo. We want to study the Bible with you.” We thank God for the many lives that have been transformed by the power of His Holy Spirit.