My name is Aaron Wijaya. I am a Seventh-day Adventist, an architect and I live in Solo City, Central Java Province, Indonesia. My wife is Nuning and from our marriage we have three children, Regine, Shannon and Raymond.

This testimony started when my wife Nuning and I went to Aenon Health Care Center in Malaysia in 2008. We felt so blessed and touched by all the kindness and testimonies that we heard when we were there. Both Nuning and I felt the same feelings. We felt that God had called us, but we had no idea what kind of work we were to do. So we prayed, and asked that God would show us the way to serve Him.

After we came back to Indonesia, we went back to our routine life and still didn’t know what to do. We started to think that maybe we should start something like Aenon here, but both of us get a bit queasy around sick people, so we didn’t see how we could do that kind of service.

That thinking lasted for many years, and we still had no clue of what to do. Then I had an opportunity to help at Aenon with construction on their new building. I really enjoyed working with David Fam, the president of Aenon, and I was really encouraged with all the testimonies and thoughts that David and the Aenon people shared with me. Still I didn’t know what to do next. What could I do for God, after Aenon was finished with the new building? I prayed, “God, now what should I do?”

One day, while I was thinking about how I was to work for God, I remembered the testimony of Danny Shelton, the founder of 3ABN broadcasting network, and it really encouraged me. Then I decided to do something with media in Solo City. I knew that media is one of the great tools that can reach most people in this big country with an almost 300-million population.

A television station is too expensive for me, so I started to think about starting a radio station. I talked with some of the church members about this new idea; most were really supportive. We started to check into everything needed to open a radio station: license, equipment, etc. One of the first things we found out was that the air space in Solo City was too crowded and there were no more frequencies available for new radio stations. The only way for a new radio station would be to purchase another radio station and use their frequency and equipment. The only problem was that that was very expensive. 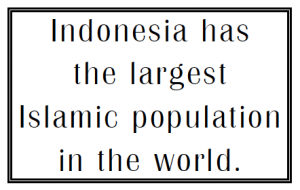 Then one day I read about how to do an internet radio station with a very limited budget. I thought, what a great idea! One of our church elders had a domain name that he had already paid for, but he had been too busy to do anything with it, so he agreed that we could use the website for starting out. The URL for the website is www.akhirzaman.org. Akhir zaman means end times in the Indonesian language. Another church member offered to host the website for free. We started with my used laptop and a donated computer as all of our equipment.

The website became an almost instant success. Every day the hits were increasing until the server that hosted it couldn’t keep up. We knew that we needed to move to another server. Then one day the hosting company suspended our website because we had fifteen thousand hits in one day. Praise the Lord! We were excited, but we needed to find a new host for the website.

David Fam, from Malaysia, came to visit me. When I showed him our website, he thought it looked very good and said, “Now it’s time for you to publish some books and start a colporteur work for young people.” I wasn’t at all interested in the idea, because I don’t know anything about printing. However, I had been asking Amazing Facts for permission to translate and print three of their books. At that time, I still hadn’t heard from them.

In September 2010, my friend from New Zealand asked me to join him in trading CPO (crude palm oil). We began looking for a supplier and buyer for this commodity. This work took me to another island during the weekdays and then I could return to my family during weekends. The problem was that when I was with my family I was always so tired and irritable. This lasted for nearly ten months, until my wife and children became very exasperated. Because of my ambition for big money, I had forgotten God’s calling to myself and I wouldn’t even listen to my family’s pleas to stay home. Finally, one day, we had a big quarrel, but arrived at an agreement. The agreement was that if I could get a contract signed by the end of July, I would keep on working in the business, but if not, I would get out of it. I was confident that I would get a contract. Not too long after that, I arranged a meeting with a supplier and seller and everything seemed to be guaranteed up until the day before. I was sure I had a deal. Then, just hours before the meeting, I received a message that the buyer wanted to postpone the deal. I was shocked. I called my wife and told her that I would stop that work that day; I returned home immediately.

I was so disappointed. I just couldn’t believe that this had happened. I was discouraged. Then I had another surprise. On July 29, I received a letter from Amazing Facts, saying that I had permission to translate and print their books. I read the letter to my wife and we both burst into tears. We realized that God was calling us back to work for Him, and now full time.

Since that time, I have been busy translating the books. The Lord has blessed us with so many miracles since we took this step of faith. It just amazes us to see God working in our lives.

In January, Eugene Prewitt, from Amazing Facts, came and trained us how to do canvassing. Right now, our ministry has grown to twenty canvassers. We’ve sold more than 7000 books, mostly the Great Controversy.

We are now praying that, according to God’s will, we will be able to start an Amazing Facts Center of Evangelism Indonesia (IAFCOE) in February 2013. We need to first gain permission from Amazing Facts. We have already stepped out in faith and purchased a building with 22 bedrooms and we are currently renovating the campus. We still lack some of the needed funds, but we believe that if we step out in faith, God will provide. We hope that you can support us and pray for us as we do our best to share the Three-Angels Messages to the country with the largest Islamic population in the world.