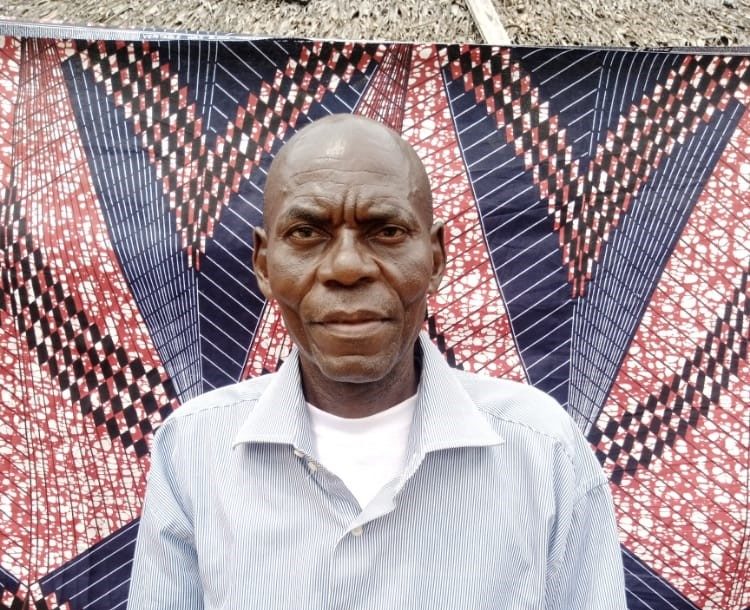 “If any one desires to come after Me,” Jesus said, “let him deny himself, and take up his cross.” Matthew 16:24, NKJV. Is it still costly to follow Jesus? Ask Pastor Rombo.

As a boy growing up in the Pentecostal faith, Rombo dreamed of serving the Lord. He loved Bible study and took every opportunity to learn more from God’s Word. After college, Rombo taught in a private school for a few years, but he wanted more: He wanted to share the Bible with others. I should go to seminary, he decided.

After graduation, Rombo accepted a call as a Pentecostal pastor. Later he became a district leader, and for 16 years he had the oversight of six churches in Kwango Province. In 2019, during a visit to his church headquarters in Kenge, Rombo saw a tent on the side of the street, with young people clustered around. What could be happening there?

Rombo stepped closer, and a smiling man handed him an attractive Bible study guide. “This series contains 26 lessons,” the man told him. “If you complete them all, you will receive an internationally recognized certificate from the Voice of Prophecy along with a free Bible.”

Prophecy! What an opportunity. “Sign me up,” Pastor Rombo said.

Rombo had sensed something special about these lessons, but the truths he found in them shocked and amazed him. Like Martin Luther, he wanted to help reform his church, so he made a list of the new truths he had discovered and the corresponding errors in the Pentecostal doctrines. He then distributed the list to his church members and invited them to come to him for discussion.

Thus began Pastor Rombo’s sorrows. Unhappy with his proposed reforms, some of his church members reported him to the denominational leadership, who called him to the provincial council for an explanation. Rombo brought his 26 study guides, intending to share the amazing truths he had learned—but no one listened to him.

“You must renounce these so-called ‘discoveries’ if you want to maintain your position as district leader,” he was told. “If you continue in these beliefs, you will be disfellowshipped from the Pentecostal Church.”

Although it hurt, Pastor Rombo chose truth over his position. Hungry to learn more, he moved temporarily to Kenge, where he studied with the Adventist workers for six months. Afterwards, he was baptized along with five of his Pentecostal members. His wife and family resented his decision. “You ruined our livelihood—and our reputation,” they berated him.

During this hard time, Rombo worshipped at his home with the five believers who had joined him. Finally, after years of strife, three of his children started attending the house church, and in December 2021, they were baptized. Around this time, Rombo’s wife began experiencing extreme hypertension, and she started considering the Adventist faith. Sadly, she passed away from a heart attack while still considering baptism.

Despite his hardships, Pastor Rombo pressed forward to share precious truth. Approaching a friend who owned a rural private school, Rombo convinced him to let him take over and make it an outreach center. The school had 40 students when Rombo started teaching, but that soon grew to 67!

How You Can Help
Pray for Pastor Rombo as he proclaims the Three Angels’ Messages in his community.

Pray for Train Them 2 Fish as they send Bible workers to reach people in the Democratic Republic of Congo.

Give. For $90 a month, you can sponsor one church planter/Bible worker. Mark your donations “Congo Evangelism” or “Congo Bible Workers” and send to:

Thank you. Your gifts already support 24 church planters in Congo. We hope to hire 10 more workers soon. Thank you so much for your support!