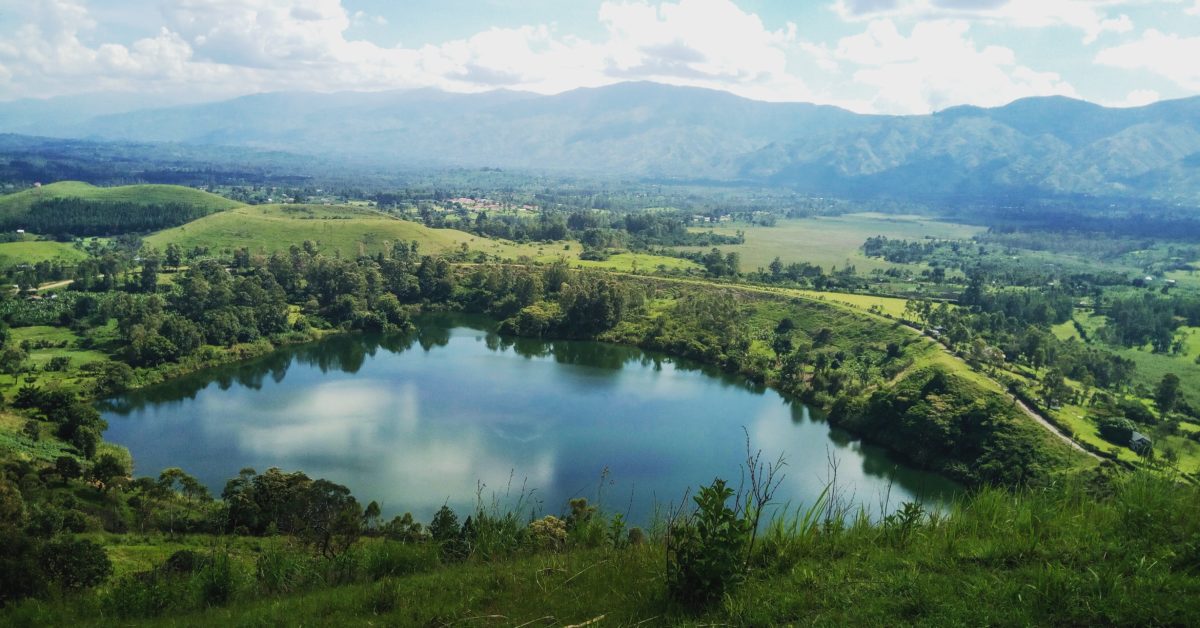 When a rock intended for Charity hits a church planter instead, Charity’s outlook on Christians changes.

The banana plantation waved its green fronds as I walked around Kitojo, getting to know my new territory. Suddenly, something hit me from behind, making me fall to my face! Getting back up, I looked around, wondering what had hit me. A man ran past, chasing a woman and throwing stones at her. One of those stones must have hit me!

“God, help me to minister to these people,” I prayed silently.

Grab the man and stop him from chasing his wife. As soon as the idea clicked, I sprinted after the man and grabbed him around the waist. We both fell to the ground.

“Leave the woman alone,” I told him. “Beat me instead.”

“You want to die on her behalf? Are you Jesus?” he scoffed.

“I’m not Jesus,” I said, “but Jesus is my Savior, and I will gladly lay down my life for His children. Jesus came to bring peace to our homes.”

“I know. I’m a Christian. My wife isn’t though. That’s why we were fighting,” he confided as we began walking.

“Yes, I told her I am going to buy some dogs for security, because thieves have gotten in and stolen our goats twice. She says her gods forbid her to be near dogs, and that she will kill them if I bring them home.” The man paused. “She keeps the African traditions in her heart, although I make her attend the Anglican Church with me.” The man turned down a path toward a little hut. “Have a seat.” He gestured toward a stool. “It looks like Charity is home. By the way, I’m Fred.”

Fred brought Charity out, and we had a friendly conversation as I helped them try to reconcile their differences. I did not give a Bible study that day, but from that day on, I made frequent visits to check on Fred and Charity. Within four months, we had become close friends, and I offered to study the Bible with them.

“You know, Paulson, I’ve had a negative attitude about Christians,” Charity confessed. “But you are such a kind man that I will listen to you.”

“Oh really?” I said. “Tell me why you feel that way about Christians.”

“The flag followed the cross,” Charity said. “That’s what I learned in high school. The Christian missionaries who came preaching about Jesus were followed by colonialists who conquered our grandfathers. The missionaries preached peace, forgiveness and harmony to trick our ancestors into submitting to the colonialists’ exploitation.” She shrugged. “My parents taught me the traditional African ways. I hated Christianity and never wanted to come close to someone holding the Bible.”

“How did you come to marry Fred?” I asked.

“A drought forced my family to move to this area, and Fred was good to me when I met him. As a woman, I have to go to church with him to please the family, but I switch my mind off whenever I enter church.”

I studied the Bible with Charity and Fred every day for eight months. “Paulson,” she finally told me, “I understand God and the Bible now. I want to be baptized.” She was the first Adventist convert in Kitojo!

Charity, Fred and at least five others now worship with me in my house every Sabbath. Fred has not yet decided to be baptized, because his relatives have threatened to disown him if he does. Please pray for Fred and for the work in Kitojo. This community has been hard to reach, but God is opening ways. He will have a church here in the near future!

Author
Paulson Tushabomwe is a Bible worker in the Kitojo area of the Ruhandagazi District in Uganda.

How You Can Help
Pray for Paulson as he studies with his new little church and looks for ways to reach others.

Pray for Charity to stand firm in her new faith, and for her husband to surrender fully to the truth.

Give to the work in Uganda. Needs include church buildings, Bible worker training and support for church planters. Send your gifts marked “Uganda Evangelism” or “Uganda Churches” to:

Thank you! Your gifts sustain six Bible workers who are bringing God’s last warning message to the Ruhandagazi District. Thank you so much for your support!