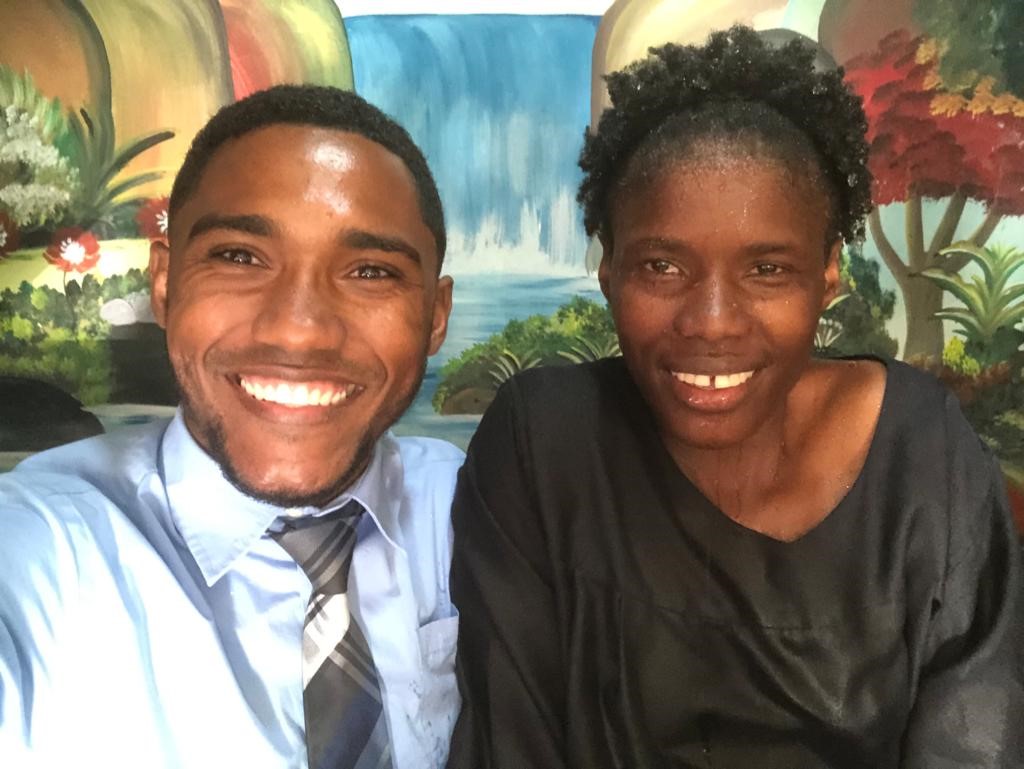 Recent earthquakes and hurricanes on Hispaniola Island have driven many Haitians across the border into the Dominican Republic, seeking a better life. The migration has made the Spanish Dominicans uneasy. To many of them, it looks as though the Haitians are attempting a takeover of the island. Yet this influx of Haitians has opened up an evangelistic opportunity for the churches of the DR!

When Pastor Mesa moved into the San Jose de Ocoa area, where lay Bible worker Nelly Severino also lives and works, he saw the large Haitian communities and decided to act! In the three years since he has been in the area, five Haitian churches have been established. Pastor Mesa’s love for souls is contagious, and not all of these churches have been planted by him alone. Some of the Haitian converts are so on fire for God that they have taken it upon themselves to go out into the community and tell others what God has done for them.

Miguelito is one young man who has come to the faith and has a burden for his people. Miguelito started Bible studies with a friend from his former life of sin. After firmly grasping the Three Angels’ Messages, Miguelito’s friend decided to be baptized and join God’s remnant church. Together, the friends decided they should share what they had learned with anyone who would listen to them. Going door to door, they met a woman named Frie who seemed very interested in doing Bible studies. At their second appointment, her husband joined with them in the Bible studies.

As the friends continued going door to door, two more people in this small pueblo asked for Bible studies. When Miguelito studied the Sabbath and the Mark of the Beast with the small group, all four decided to keep the Sabbath. Frie and her husband Jorge opened their home to start a church. Their house was far too small for everyone interested to fit, so they hung a tarp on the front of the house, like a porch. Every Sabbath they met to sing, pray and study the Bible together. Soon other people started to join the little group worshipping on the Sabbath. As these new converts grabbed ahold of the truth, they shared it with others. Today more than 40 adults are worshipping at Frie’s porch on God’s holy Sabbath.

Miguelito is just one of the Haitian lay members who has gone to work and started a church. Would you like to assist in building churches for these new Haitian congregations? If we raise $20,000 for the project, the members would be able to take care of the remaining amount. Besides church buildings, full-time Bible workers are needed to continue planting churches and to train the laity to evangelize their own areas. For $400 per month, you can support a Bible worker.

If you would like to help support the work in the Dominican Republic, please mark your gifts “DR Evangelism” or “DR Churches.”

Yours in taking the gospel to the islands of the sea!