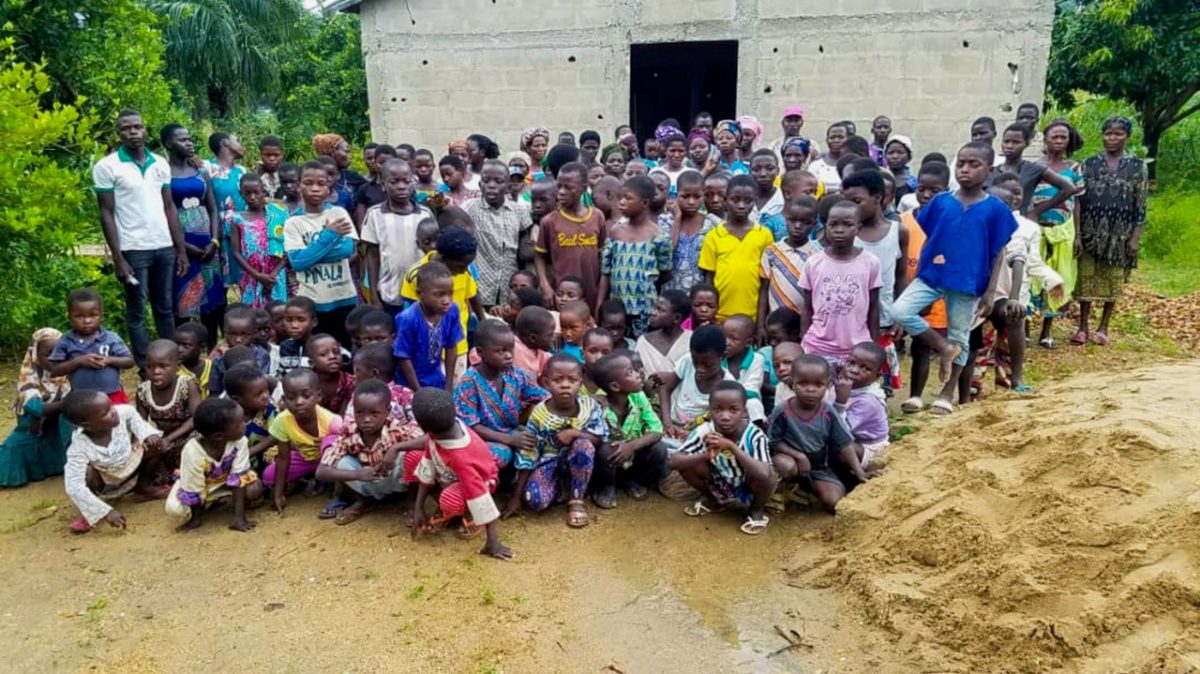 “The gospel invitation is not to be narrowed down and presented only to a select few, who, we suppose, will do us honor if they accept it. The message is to be given to all. When God blesses His children, it is not alone for their own sake, but for the world’s sake. As He bestows His gifts on us, it is that we may multiply them by imparting.” Ministry of Healing, 102.

In the West African country of Togo, God is imparting His gifts to the local Bible workers, and many individuals and families are coming to know Jesus through their energetic labors. For decades, the superstitions of Catholicism and Islam have ruled the lives of the 8.4 million people in this poverty-stricken country, but now the Three Angels’ Messages are making an impact, one individual and one family at a time. God is bringing change!

Djala had a very difficult home life. Living with his aunt and uncle in the village of Sotouboua, he was persecuted and unwanted among his own kin. Feeling he must leave his aunt and uncle’s home, he dropped out of school and, in the providence of God, returned to his home village of Sanda-Afohou. Here he met Brother Joel, the Bible worker in that area. Joel struck up a friendship with Djala and treated him kindly. Djala could tell that there was something different about Joel; he could tell that Joel was truly concerned about him and his spiritual condition. Joel kept visiting Djala and praying with him, and eventually asked if he would like to study the Bible together. Djala immediately answered yes! The Holy Spirit had already been preparing his heart. Conviction of sin for his past life of disobedience had been pressing on his mind, but he did not know what to do to quiet his guilty conscience. Like King David, his conscience was “roaring all the day long.” Psalm 32:3.

Djala started Bible studies with Joel, and little by little he learned how to come to Jesus. Slowly, he realized that rigorously attending prayers or repeating words without meaning many times a day would not save him. Salvation was not in performing well before others or in doing something to earn recognition before God. He came to comprehend that Jesus was his only hope, his only way to eternal life. As his sins came to his mind, Djala confessed them each to Christ. Peace flooded his soul as he openly acknowledged his wrongdoing to Jesus.

As the Bible studies became deeper and more challenging, Djala saw that following Christ meant more than just the shallow recognition of God that he had been taught. He had been led to believe that God’s Law was of little importance and that he did not need to pay attention to it. However, as Joel showed him what the Bible really taught, Djala saw that God’s Law is still binding on mankind. When Djala learned of the Sabbath, God had already prepared his mind to receive it. Gladly accepting God’s holy day, he decided to keep it, ignoring the consequences. After completing his studies with Joel, Djala showed his love to the Lord by going down into the watery grave of baptism. Eagerly, he shared his new faith with his family—and today they too are studying the Bible with Brother Joel!

I could tell you dozens of stories just like Djala’s. Many are being converted from Catholicism, Islam and other religions through the Bible workers in Togo. If you would like to help support the workers and plant new churches in Togo, would you consider giving? Just mark your donations “Togo Evangelism” or “Togo Churches.”

Yours in saving the lost!