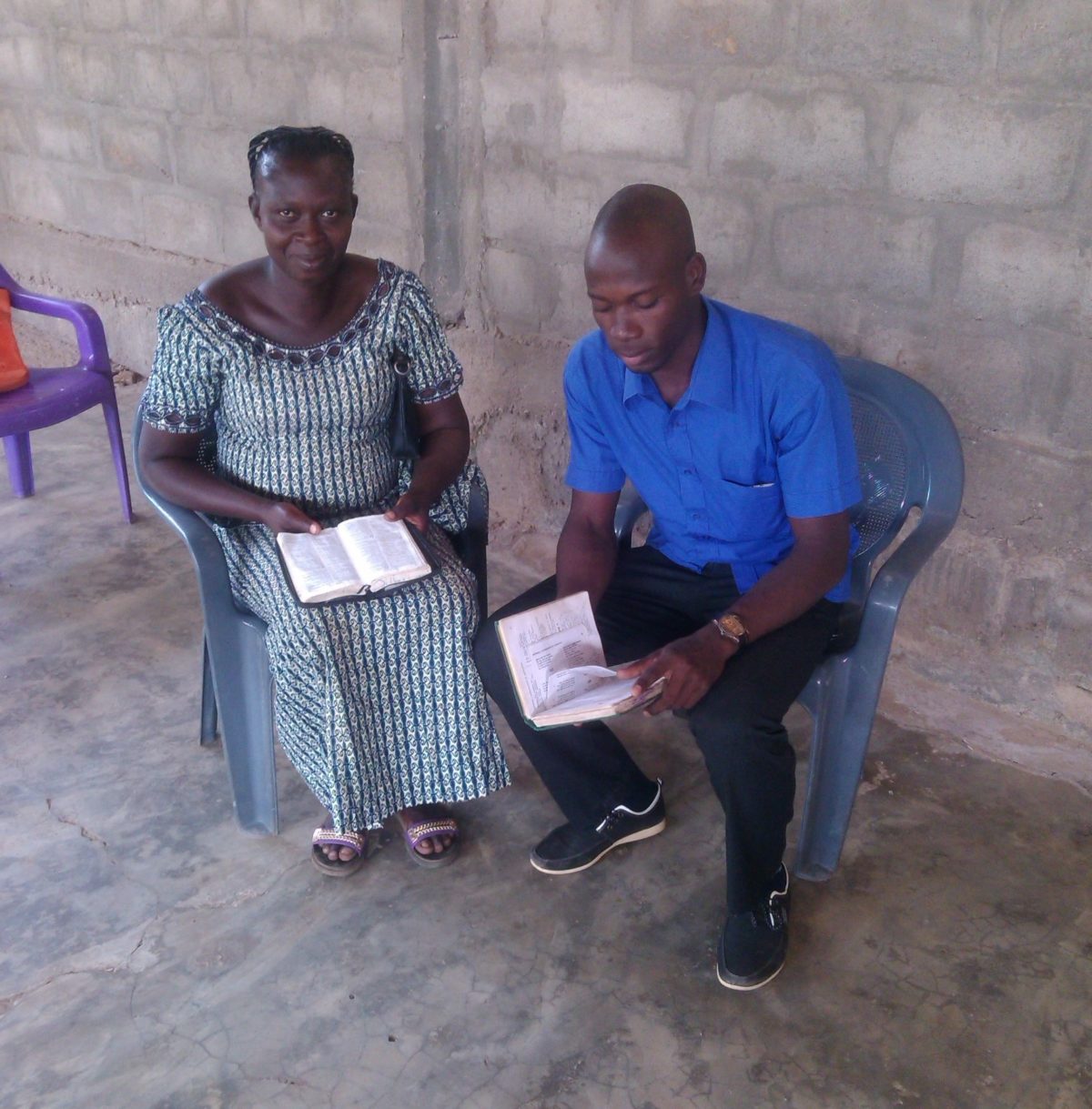 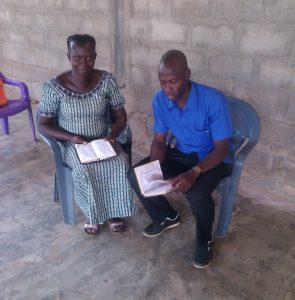 A woman in Togo breaks family tradition to become a Christian.

My name is Adjoua. I grew up in a rural village in northern Togo, West Africa, where my home was typical of most African ones. My family believed that our ancestors went on living after they died, and that we could continue communicating with them through the juju or witchdoctor who seemingly possessed magical powers.

Ours was an unbelieving home. My father was often drunk from the homemade grain alcohol prepared in the village, and he beat my mother and his children if they got in his way. The only remedy for our troubles was for the witchdoctor to communicate with the “spirits” of our dead grandparents and to seek their advice for our family problems. My parents would sacrifice a chicken or some other creature and pour its blood out on the ground in front of our mud hut, thinking that this would cure their difficulties and protect us from the evil spirits that plagued our home. Of course, the witchdoctor would require a payment of some kind for his services, yet no change would come to our house.

As an adult, I walked in the steps of the generation before me until I met Sylvain—a Bible worker who came to introduce my people to Jesus. Desperate to keep the juju happy, the villagers did their best to persuade Sylvain to leave, but Sylvain was not like most people who lived in the village. He was kind and gentle, even to those who treated him rudely. I began to wonder how he endured his trials so patiently, and if the God he served was just as kind.

One day, Sylvain appeared at my grass-roofed hut to give me a book about Christ’s love. I read it and quickly began to see myself as a sinner in need of Christ.

When Sylvain returned and asked if I would be interested in taking Bible studies, I responded with a definite “yes.” In the following weeks, we dug deeper into the Bible and its prophecies. I accepted the truths Sylvain presented, but struggled with the Sabbath commandment. Why would I keep the seventh day of the week holy when so many other denominations worshipped on the first day? Besides, Sabbath keeping would cost me. My relatives would disown me, and I would lose revenue by not taking my merchandise to the market on Saturday. Would God provide for us with this sudden loss of income?  I decided to keep the Sabbath regardless of the consequences.

With my acceptance of the Sabbath, my life changed. God provided for my family, and many blessings came to our home as a result of my obedience. When I started to follow the laws of health in the Bible, my illnesses disappeared. My husband stopped drinking alcohol, and greater happiness came to our home. Today, instead of seeking out the village juju, we seek the Lord.

How You Can Help
Pray for Adjouna’s family as they begin their new journey in Christ!

Donate to the work in Togo by sending your gifts to: