“During His ministry Jesus devoted more time to healing the sick than to preaching. His miracles testified to the truth of His words, that He came not to destroy but to save. His righteousness went before Him, and the glory of the Lord was His rearward. Wherever He went, the tidings of His mercy preceded Him. Where He had passed, the objects of His compassion were rejoicing in health, and making trial of their new-found powers. Crowds were collecting around them to hear from their lips the works that the Lord had wrought. His voice was the first sound that many had ever heard, His name the first word they had ever spoken, His face the first they had ever looked upon. Why should they not love Jesus, and sound His praise? As He passed through the towns and cities He was like a vital current, diffusing life and joy wherever He went.” Desire of Ages, 350. 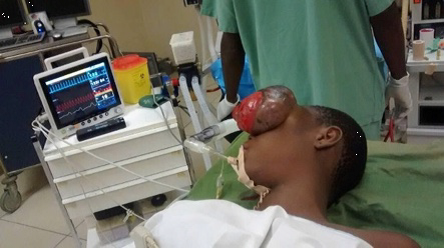 There are many people in the Democratic Republic of Congo who receive inadequate health care and a vast majority never receive even minimal medical attention. In 2012, Pastor Ongasa began working to change rural health care for thousands of people. He organized a team of medical professionals who travel into the immense interior of Congo to provide free medical services. They are accompanied by Pastor Ongasa and his Bible workers allowing them to reach many people who would likely never be exposed to the gospel otherwise. These self-sacrificing doctors, nurses, and Bible workers dedicate their time to not only giving free medical care, but telling these forgotten individuals of God’s love for them. 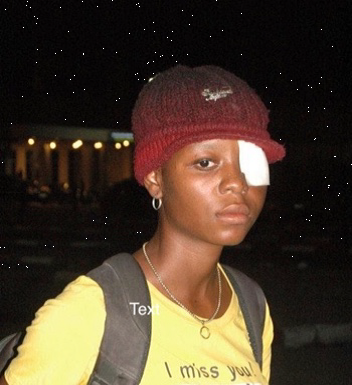 Rachel Tshibola had a rare type of cancer that forms in soft tissue. The tumor grew in her left eye socket, causing excruciating pain and loss of sight in that eye. Rachel’s mother was so desperate to find a cure for her daughter that she drained the family’s financial means. Unable to cope with the stress, Rachel’s father abandoned his family of five. Rachel’s mother, Vicky, was so desperate to see her young child well again that she frantically sought help from anyone who would listen to her plea.

Homeless and without money, they had given up all hope of recovery. Then Train Them 2 Fish’s mobile clinic came to her area. They knew nothing about the mobile clinic but decided to investigate. When they arrived the friendly staff of workers met them. After the medical team examined Rachel, they decided she needed immediate surgical attention. Unfortunately the team knew that this would likely mean that Rachel would need to travel to Europe, South Africa, or India for this type of surgery. They prayed with Vicky and Rachel about their situation. Trusting that God had already worked things out, the team made a call to Lubumbashi (the second largest city in the DRC) to see if there were any doctors who could take her case. Amazingly, there was a team of humanitarian neurosurgeons from Europe visiting Lubumbashi at that very time. They were more than happy to take her case.

Fourteen-year-old Rachel recovered quickly after the surgery and is now looking forward to catching up on the school she has missed for several years. Grateful for the love shown to her, she wanted to know more about the loving God that had mercy on her. Rachel, Vicky, and all her siblings are now studying the Bible with a trained worker. These simple acts of kindness and compassion brought this desperate mother and daughter to the truth. If you would like to support the work that Train Them 2 Fish is doing in the Democratic Republic of Congo, mark your gifts, “Congo Evangelism.”

Yours in seeking the lost!