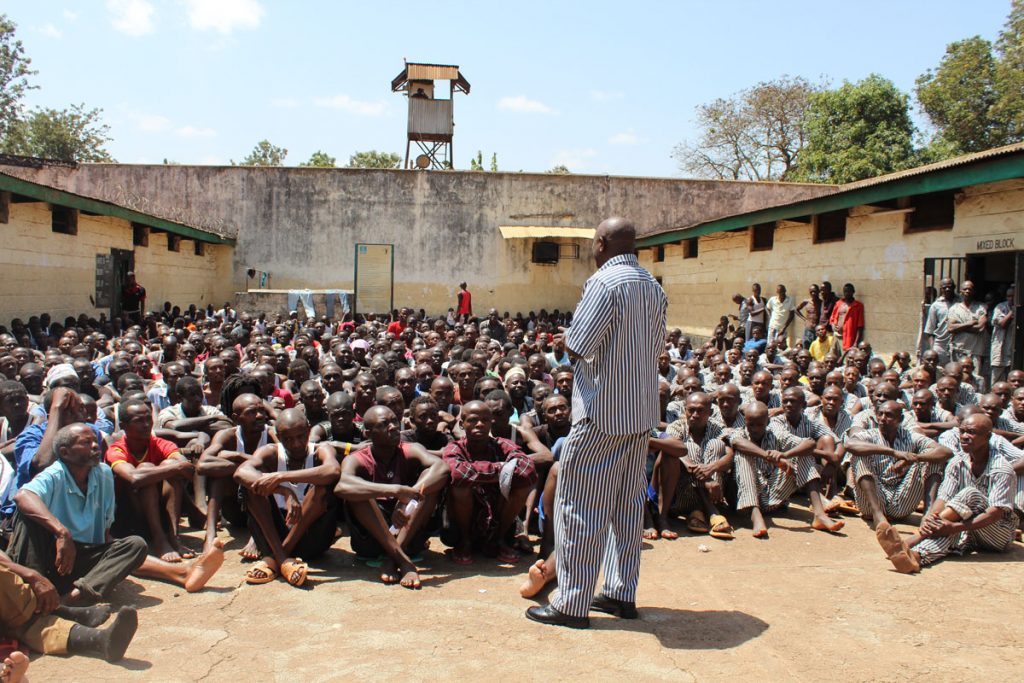 A teenager enslaved by drugs finds freedom in Jesus at prison.

My performance at school had been deteriorating for some time before my parents and teachers decided to investigate. Their findings shocked them! Along with four peers, I had become a cocaine addict. My drug use had eroded my ability to reason, and my reading comprehension had plummeted. Although I had nearly finished Uganda’s elementary education system, I had to be expelled.

My parents had no way to help me; I listened to no one except the other members of my gang. Already, we had become violent. All day long, we lazed around drinking alcohol and smoking cocaine. At night, we prowled the villages, stealing. We felt we were living life at its best, but to the community we were a threat and a menace.

One day, when two of my companions went out to steal, they murdered someone. Within three days, they had been arrested and imprisoned, and the rest of us faced charges of theft and murder because of our connection with them. Lonely and fearful, I smoked more cocaine than ever. Three weeks later, in a drug-induced psychosis, I attacked an old man, beat him and robbed him. That very day, I was arrested and sent to the prison in Nyamushekyera Bushenyi for a one-year sentence.

I was only 17, but my abused body could barely handle my work assignment in the prison! For ten hours a day I worked in the sun, digging in the prison farm. Besides this, fellow prisoners bullied me, I didn’t get enough to eat, and what food I did have was poorly cooked. Worst of all, it seemed, I had no access to cocaine, my source of energy. In my miserably weak condition, I sank into depression, hunger accumulating in my heart. I felt a need for a savior, but didn’t know who would be willing to save me. I continually remembered the freedom I had at school and in my father’s home, and I longed for it. I remembered the tasty food that I used to have at my father’s table, and I could not control my tears. I realized that I had exchanged my freedom for slavery.

One day I decided to attend the Seventh-day Adventist worship service held inside the prison by a team of preachers from Ishaka Adventist Hospital. Studying the Bible and praying with this team gave me hope that Jesus would relieve my burden of guilt. I committed myself to regular Bible study, and soon I decided to get baptized. I was released from the prison too soon to be baptized there, but my first Sabbath out of jail, in December 2019, I went to church in Rutooma. I found the church preparing to send the youth to a one-week convention in Kikoni Ntungamo. Church members paid for me to attend along with the rest of the young people.

The convention was fabulous! Over 1,000 youth had gathered, yet somehow, the preachers spoke to my heart as if their messages were exclusively for me! Young preachers close to my age brought light to my heart. Pastor John Kaganzi told the story of his experience with drug addiction and made me want to be like him. I wanted to be saved so that I can serve!

Soon I was able to be baptized. “God, thanks for forgiving me,” I prayed silently just before the pastor immersed me in the water. “One more thing I request of You. Give me one more chance to go to school. I want to redeem the time I wasted!”

Author
Pastor John Kaganzi (as narrated by Owen Ssekande). Pastor John is the district leader in the Ruhandagazi area in Uganda.

How You Can Help
Pray for more conversions among the prisoners of Bushenyi.

Pray for Owen to remain faithful to the truth and to be a witness for Jesus!

Give so that other souls thirsting for the gospel can receive Bibles, literature and gospel laborers. The work in Uganda is growing rapidly and needs your help! If you feel impressed by the Holy Spirit to contribute to spreading the Three Angels’ Messages in this needy field, mark your donations “Uganda,” and send to: