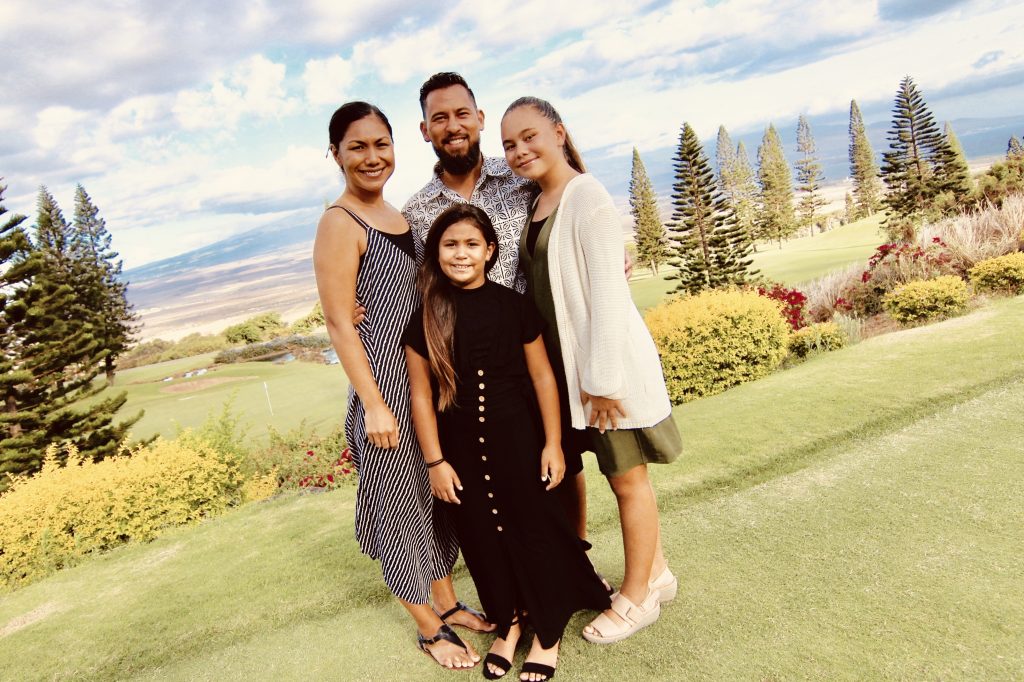 A drifting young couple finds their way back to faith through the prayers of friends and family.

As he walked into his first Revelation of Hope seminar, Jon Baker told himself, “Don’t get convicted.” He knew that he and his wife Karissa were not interested in God. But that night, as the couple listened to their old high school friend preach the gospel, something shifted in their hearts. God had grabbed hold of them, and they knew that their lives would need to change.

Jon and Karissa had both grown up in Adventist homes, but without personal relationships with God. In the slums on the west side of Oahu, Jon’s family life had been a lot different than what they portrayed at church. Not until his church had a prophecy seminar did Jon feel on fire for the Lord. He decided to finish high school at Hawaiian Mission Academy.

Karissa grew up in Maui. After being baptized at 12, Karissa succumbed to peer pressure and began smoking and drinking. At the end of her junior year, she realized she needed to change; so Karissa moved to Oahu to attend Hawaiian Mission Academy. That’s where Jon and Karissa met—but just as friends.

After high school, both again slipped away from God. In 2005, they ran into each other at a bar and exchanged numbers. A few months later, they started dating and eventually moved in with each other, continuing their partying, clubbing and gambling. When Jon and Karissa found out they were expecting, they decided to move to Maui and get married. Other than being parents, not much changed. The partying continued.

In 2013, Karissa’s parents told her about an upcoming Revelation seminar to be held by Taj and Wati Pacleb, old friends from high school who had tried to keep in touch over the years. The opening night of the seminar, Karissa asked Jon if he wanted to go, but he was not interested. A few nights later, Karissa told Jon they should go and say “hi” to their friends. Jon agreed to go for dinner if they left before the sermon.

While Jon and Karissa caught up with their classmates, their two daughters slipped away to the children’s program. Now the Bakers had no choice but to stay for the sermon. “Don’t get convicted,” Jon told himself as he eased into a back pew. But after the message and a silent drive home, Jon turned to Karissa and said, “There needs to be a lot of changes.” The next day, they emptied the alcohol pantry and started getting rid of jewelry, clothing, movies, music—anything separating them from God. They began attending church, hosting vespers at their home, and making God the foundation of their family. Six months later, on January 11, 2014, the couple were baptized in a fresh mountain stream.

Today, the Bakers are still serving God on Maui through their own Christian clothing business and through young adult, teen and children’s ministries. Their home is still a popular hang out, but now for missionaries, visitors, and the Adventist young adult group that has grown over the years.

“Allowing God to be the center of our marriage and family was the best decision we ever made,” Jon and Karissa say. “It is amazing to see how God never gave up on us.”

Author
Taj Pacleb is an evangelist and revivalist as well as the co-director of Revelation of Hope Ministries. revelationofhopeministries.com

How You Can Help
Pray for Jon and Karrisa to remain faithful to the Lord.

Pray for other formerly Christian young adults who have followed the same destructive path as this couple.

Give. Revelation of Hope Ministries is a faith-based, non-profit organization committed to preparing others to meet Jesus through revival meetings, sacred music concerts, mission trips, medical missionary work and public evangelistic meetings. For a list of projects needing support, and to donate online, visit revelationofhopeministries.com/give. Gifts may also be mailed to: