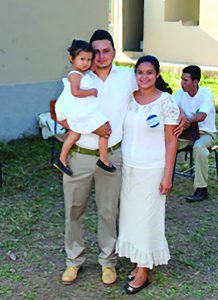 A young man’s life is changed when God’s grace reaches him through tragedy.

Froilan grew up in La Zona, a small mountain village in Honduras. As a young boy, he came to church every once in a while, but he never seemed serious about following the Lord. When he became a teenager, Froilan started drinking, and later on began using illicit drugs. Soon indulging his addictions became a daily routine. Somehow, though, Froilan managed to hold down a job. He met a nice young lady and they settled down together, but substance abuse marred their relationship.

Whenever I saw Froilan, I would pray for him and greet him warmly. No matter what their lives might be like, we must learn to look at people the way God does, not seeing who they are so much as who they can become through His grace. God’s grace worked in Froilan’s life through tragedy. He lost his firstborn son at birth, and in his sorrow began to call on God. We took the opportunity to be a support for Froilan and his girlfriend, Ocelis, visiting them and encouraging them. 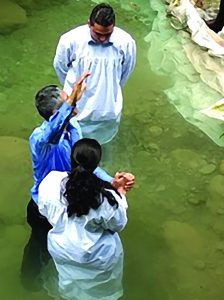 Later, God blessed Froilan and Ocelis with a little girl, Marian, whom they loved dearly. Even with this new little incentive, however, Froilan still could not quit his vices. During one of h

is drinking binges, Froilan broke his leg in a motorcycle accident, which left him incapacitated for weeks. This was God’s opportunity. While he was laid up, we visited him regularly, offering him help with a juicing cleanse and Bible studies.

Once healed of his injuries, Froilan began attending church. “I always knew that the Seventh-day Adventist Church had the truth,” he remarked. Froilan didn’t miss a church service. He listened attentively to every message, gleaning important truths and applying them to his life. One by one, he became convicted of changes he needed to make, like marrying Ocelis and keeping the Sabbath. One of Froilan’s hardest decisions was giving up his job of eight years so that he could keep the Sabbath. Friends and family thought he was crazy, but he stood firm. Step by step, he learned to trust God and be obedient to His call. 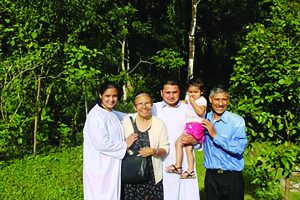 About this time, an evangelistic series was announced for the nearby town of Santa Barbara. I was so excited that I began planning how to get the whole village down to Santa Barbara to hear God’s present truth. The invitations went out, and all the members of the La Zona and Piedra Hancha congregations made plans to attend. Families from the nearby village of San Manuel, where we are giving Bible studies, left their homes for a week in order to attend the meetings. The response was so great that we had to rent a bus and four pickup trucks to transport all the people!

After each meeting, as we drove back to our mountain village, we would sing songs of praise and thanksgiving to the Lord. As the villagers debarked and walked slowly up the mountain road to their homes, some continued to sing softly, others discussed newly learned Bible truths, and others simply meditated on the many blessings received.

As the crusade ended, we kept busy with visitations and Bible studies—and we began to see the results of the accumulated efforts. A special joy came from watching Froilan, Ocelis and even little Marian growing in grace and making changes. At the end of the crusade, Froilan and Ocelis were baptized. I know that Heaven rejoiced, because a soul had been rescued from the chains of sin!

Author
Joseph Willis is the director of Maranatha Relief Organization, which helps provide medical help for the poor and the outcast in Honduras.

How You Can Help
Pray for Froilan and Ocelis to continue to do the will of the Lord and stand firm in their faith.

Donate. Funds are needed to enable Maranatha Relief Organization to continue ministering to the people in Honduras. Contributions can be sent via PayPal to missionarytraveler@yahoo.com, or mailed to:

Thank you!
MRO thanks you in advance for your prayers and support!