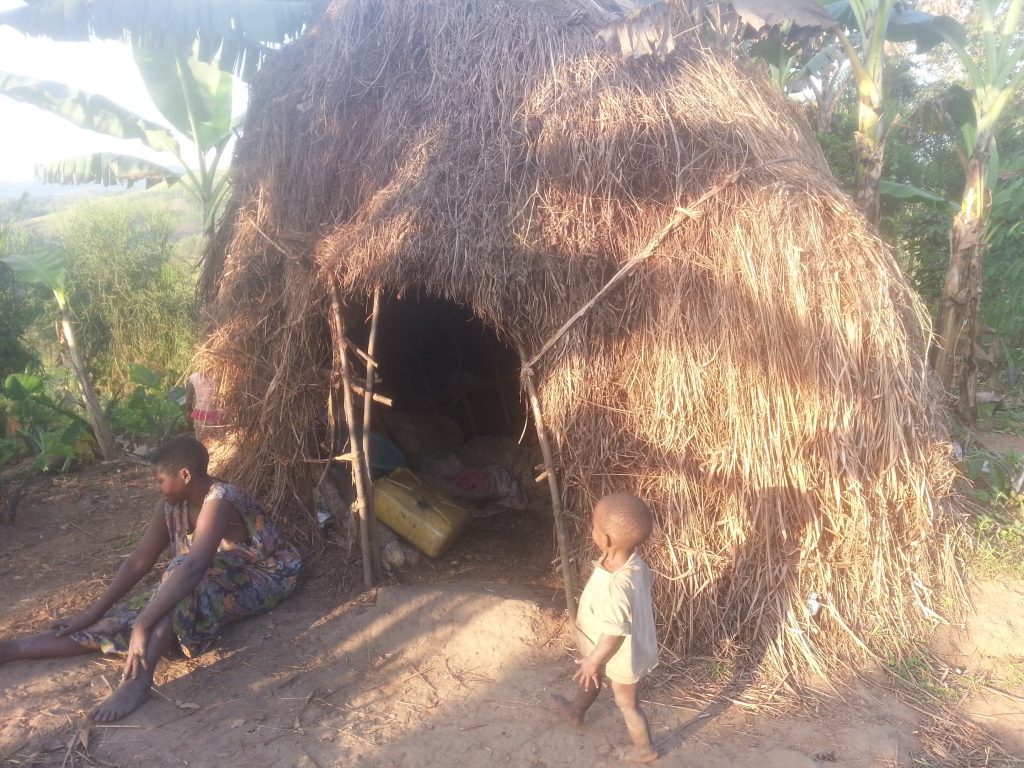 A church in Uganda builds a home for a destitute family.

Complacency and laziness can make a man poor—but if hard work alone could make a man rich, Mr. Didas Kacokoli should have been the richest man on Earth.

Although hard working and determined, Didas met misfortunes his life until he was forced into abject poverty. It all started when his father decided to move his entire family from Bitooma to Kibaale in 2005. In the process, a con man sold the family land that belonged to someone else—a surprisingly common practice in Uganda. The victims of the crime are virtually always the illiterate, unable to read the legal documents themselves. That’s how it happened with Didas’ parents. Illiterate, they were not able to detect the cunning deal they had been tricked into!

Three years after they moved onto the property, the father died in a car accident. Soon after, a man came to them with a title to the land, informing Didas and his family that they were squatters on his property. Didas’s heart raced as the truth sank in. It was the biggest shock of his life!

Packing up his family, Didas left Kibaale empty-handed. Moving back to Bitooma, the family built a grass-thatched house on an uncle’s land. Three months later, as if the family had not had enough troubles, their thatch house burned to ashes. The family lost all their possessions except the clothes they were wearing.

With all the tragedies, life seemed too difficult to bear. Didas resorted to drinking alcohol. Little did he know that his new addiction would only add to his problems.

To put a bit of shelter over his family, Didas constructed another grass house with walls sloping up into a roof. With neither clothes nor bedding, they slept on the ground with nothing to cover them. They hated to see dark clouds in the sky, for the coming of rain felt like mockery in a leaky grass house. When it rained, the family felt as though they might as well be outside, because inside the house, the water-logged grass dripped for hours even after the rain stopped! After sleeping in puddles all night, the children shivered and shivered each morning. 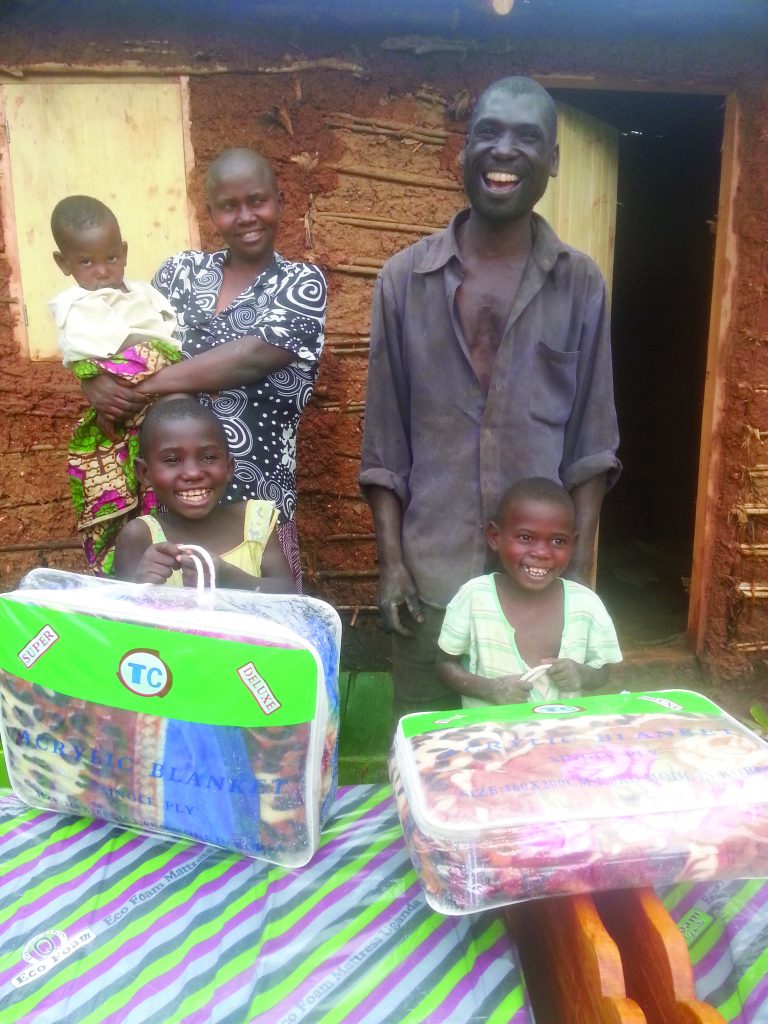 Meanwhile, Didas’s alcohol addiction grew worse, and eventually he began beating his wife. Still, he did his best to provide food for his family, and through his hard work his children escaped malnourishment. He even saved up and bought a tiny plot of land.

One day Mr. Aggrey, a nurse in charge of community services at the Bitooma Health Center, discovered the shack where Didas’s family lived. Being a Seventh-day Adventist, Mr. Aggrey notified the church of the situation, and the church came together to build a stick house with a metal roof on the little plot that Didas had bought. Now at least the family could stay dry!

The church is still reaching out to help Didas and his family. In order to cultivate enough food for his family, Didas needs more land of his own. Also, the family needs help paying the school fees for the children, without which the illiteracy which caused them so much misfortune will live on in Didas’s family. Please pray for the Bitooma Church to have means to continue helping this family with their physical poverty. Most importantly, pray that soon all of this man’s misfortunes will be redeemed, and that Didas and his family will find true, spiritual wealth in Christ!

Pray for the Kacokolis and other destitute families to find both temporal and spiritual help in their local Seventh-day Adventist congregations.

Pray for Pastor John’s evangelistic work in this land of poverty.

Give a gift to help needy souls in Uganda. Please mark your donation “Uganda Mission” and send it to:

To give online, visit: missionspro.org/donate