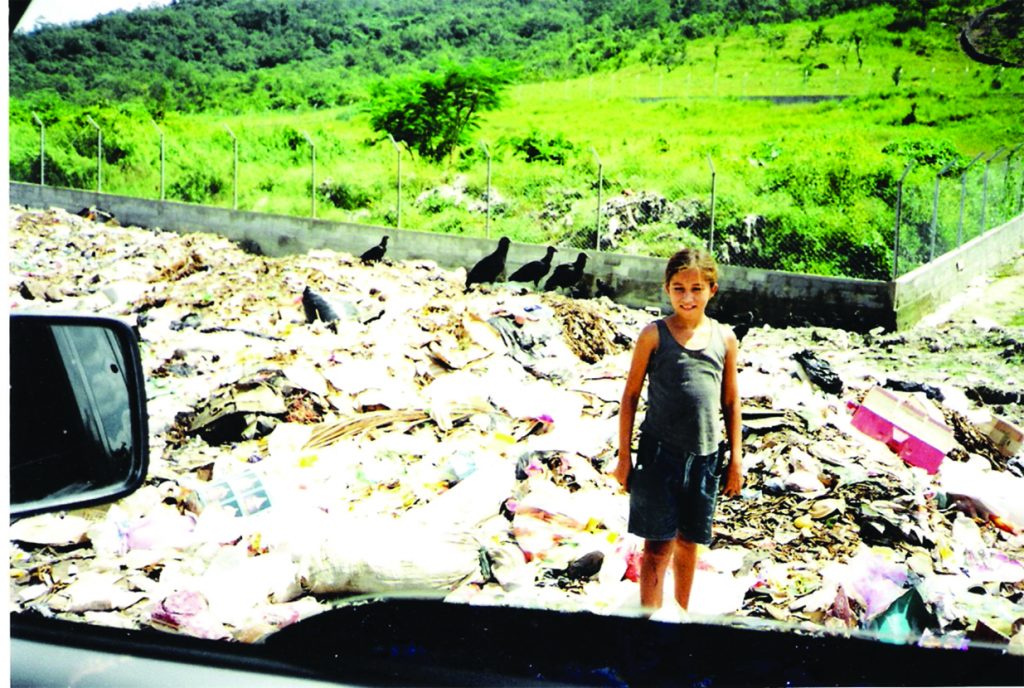 The Girl at the Dump

A young girl flourishes under the care of her new friends.

At first, we thought the children were playing. Then we realized they had business here at the dump. Little children rummaged through the trash heaps looking for anything edible or wearable. As they sifted through the rubbish, they had to fight off dogs and buzzards also scavenging for food.

One young girl stood off by herself, battered, ragged and skinny, her stomach distended. Stopping our truck, we went over to talk to her. She told us that she lived close by with her mother, and that she came to the dump every day. Looking at her forlorn face, we knew that God had brought us here to befriend little Hilda. We had been given a new mission: to visit the dump several times a week to help Hilda and the other children.

Our visits to the dump soon became a true joy. The children eagerly welcomed us as we brought them clothes, washed their hair, gave them vitamin C drinks, sang to them, and did our best to minister.

After getting to know Hilda better, we asked her if we could visit her home. Hopping in the back of our truck, she directed us to her tiny dwelling, built for her family by donations. Hilda’s mother turned out to be a fine lady, kind and generous despite her struggle with severe poverty. Instead of asking anything from us, she offered us food and drink! 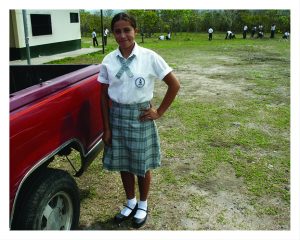 For several years, we visited Hilda often at her home or the dump. When Hilda’s mother had grown to trust us, we invited Hilda to visit us at the clinic. She hesitated, but finally agreed to come later that week. Sure enough, one morning Hilda showed up on our front porch.

It just so happened that my husband was about to start a medical missionary training class, and he asked Hilda if she would like to join. Hilda nodded eagerly, but she shrank back when she saw the other students. We all did our best to make her feel welcome, and she kept coming back. Over time, Hilda learned wound care, I.V. administration, minor surgery, and other basic medical procedures. She often volunteered at our clinic. She caught on so quickly that we could see that Hilda would really benefit from more education!

Hilda’s mother greeted me with a smile when I went to visit. “I have a question for you,” I began. “We can see that Hilda is a very smart girl. May we send her to a Christian school?”

The mother’s eyes pooled up, and tears streamed down her face as she nodded. The following school session, Hilda enrolled at Reach International. Soon our little dump girl became a confident, hardworking, self-sufficient young lady. 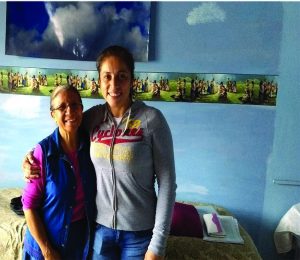 Today, Hilda is a grown mother, living and working in Mexico. We lost contact with her for many years, but recently I received an email from her saying that she had been trying to contact us, and that she wanted to come visit. When she came to see me at the restaurant, we just hugged and cried.

We never know the long-range effects of our actions—simple things like reaching out to a child. It will bring us such happiness in Heaven to meet those that God permitted us to minister to! “What rejoicing there will be as these redeemed ones meet and greet those who have had a burden of love and salvation in their behalf!” Review and Herald, January 5, 1905.

Author: Elsa Willis is a missionary with Maranatha Medical Ministries in the mountains of Santa Barbara, Honduras. mehw1844@yahoo.com

Pray for the multi-faceted work of Maranatha Medical Ministries, with their health clinic, restaurant, elementary school and varied community outreach programs. Pray that the souls they minister to will become subjects of God’s Kingdom!

To support the work of Maranatha Medical Ministries, send your donation to: