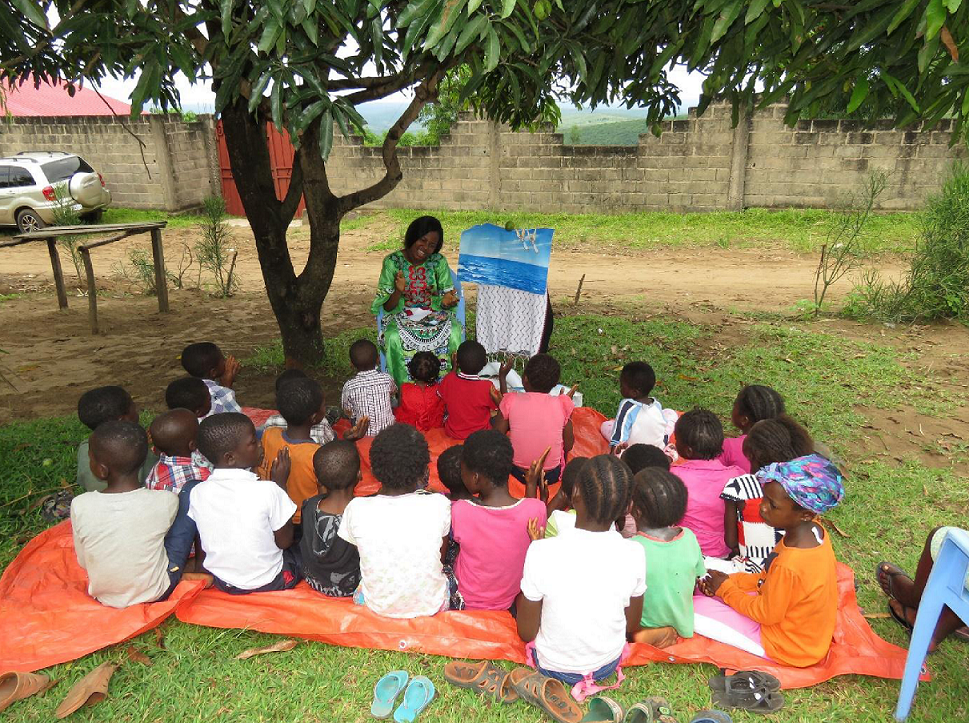 A young boy introduces his mother to Jesus.

“In Scandinavia also the Advent message was proclaimed. . . . But the clergy of the state church opposed the movement, and through their influence some who preached the message were thrown into prison. In many places where the preachers of the Lord’s soon coming were thus silenced, God was pleased to send the message, in a miraculous manner, through little children. As they were under age, the law of the State could not restrain them, and they were permitted to speak unmolested.” Great Controversy, 366.

In Israel, also, Jesus used children to proclaim His message. After He had driven the money changers and salesmen out of the temple, it was the children who praised Him for the wonderful works they saw. Jesus commended them with the Scripture: “Out of the mouth of babes and sucklings Thou hast perfected praise.” Matthew 21:12–16.

God is still using children to invite people into His Kingdom. In Congo, God used a small boy to introduce his mother and family to Jesus.

Luyindula, a Bible worker in Congo, has a mission to reach people from the Black Community religion. Adherents to the Black Community believe that Jesus came to save white people alone. However, even with this sad belief to overturn, Luyindula has planted a new congregation in that community! More than 40 people have accepted Jesus and 25 of them have been baptized.

Luyindula has a genius outreach method: He invites children to a special outdoor program just for them. Then, for two weeks, Luyindula shares the gospel with these children!

Abel, a 4-year-old boy, came to Luyindula’s program and saw pictures of Jesus. He enjoyed it so much that he invited his younger brother the following day. The two little boys went back home and told their mother that they saw Jesus. “We learned that Jesus loves everybody,” they told her. “We want you to come to the program tomorrow so you can see Jesus, too.” 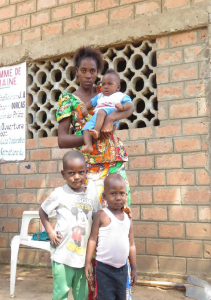 The next day, the mother went to find out what her boys were talking about. As she saw illustrations of Jesus in the picture rolls Luyindula was using, she was so happy to learn who He really is. Day after day, she kept attending the program with her boys. At the end of the 2-week program, she decided that she wanted to join this church that had shown her that Jesus came to save her, not just the white people!

Since then, Abel’s mother has been studying the Bible with a Bible worker. One by one, she is learning the fundamental beliefs of the Seventh-day Adventist Church in preparation for baptism. When Abel, his brothers and their parents moved to Kikwit, one of the major cities east of Kinshasa, they began attending the Kikwit III SDA Church every Sabbath. At the church, little Abel asked a Bible worker to visit his father and start Bible studies with him. “I would be happy to go to Heaven with my parents and my two younger brothers,” Abel said.

Abel first saw Jesus through the picture rolls, and it touched his little heart so much that he invited his whole family to come learn about Jesus. The Bible workers in Congo greatly need more picture rolls so they can enlist more kids like Abel to become ambassadors for Christ in their families and neighborhood. Then, like the children in Scandinavia and Israel, these little ones can bring the message of salvation to those who otherwise may not have heard!

Location: Democratic Republic of the Congo

Author: Pastor Thomas Ongasa works in the country of Democratic Republic of Congo. Pastor Ongasa was formerly the president of the local conference of Seventh-day Adventists. He believed that God was calling him to start a training school to equip young people to spread the gospel in his country.

Pray that Luyindula can reach more people with the gospel in his community.

Donate. Since there is no electricity in the villages where Luyindula is working, he needs picture rolls for his child evangelism projects. If you would like to donate to this project, mark your donation “Congo Evangelism” and send it to: