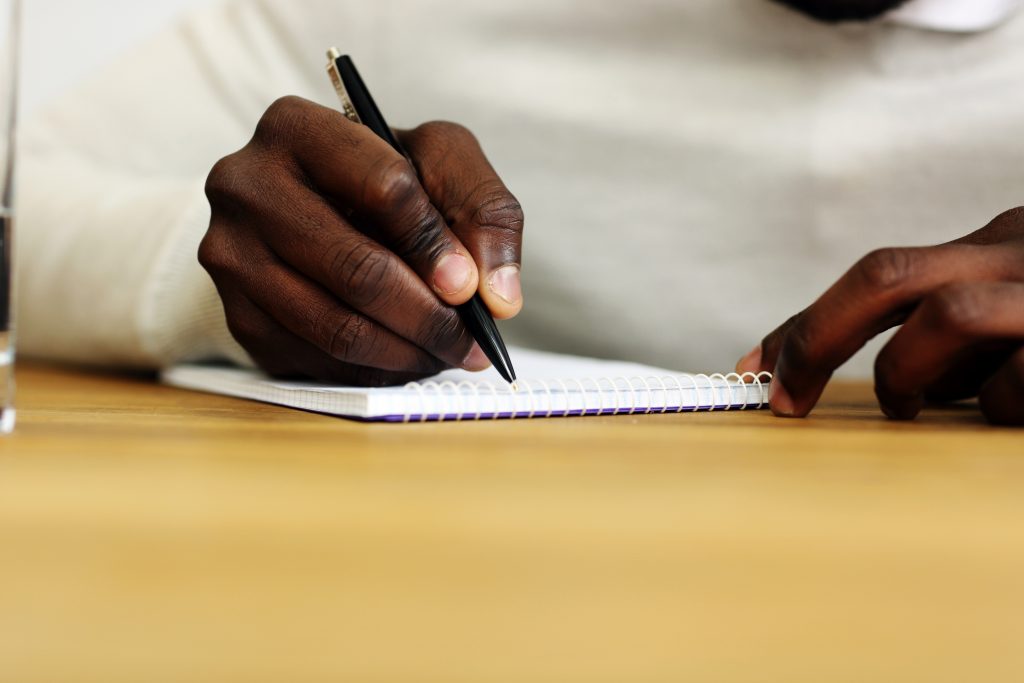 A young man chooses Christ and excels in his studies.

David is 14 years old, but he looks more like 12. He is short in stature and his emaciated cheeks tell of food shortages at home. But his eyes are bright and his smile beautiful.

David’s mother died when he was a year old, and his father abandoned him. David ended up living in our village with his grandparents, but life wasn’t easy for the boy. His grandfather’s mental state declined with age. The man repeatedly made visits to the witch doctor for help, and the family became only financially poorer. His mental state worsened. He constantly wandered away from home, ending up lost in one place or another, until the village executive forbade his wife from leaving him alone. Because of this, she could no longer work in the fields up in the mountains. In efforts to make a living, she turned to the production of pombe, a corn alcohol. The grandmother tasted it far too often, and intoxication became an escape for her from the miserable life her family faced.

When we heard of their situation, we decided to see how we could help. We brought food to their house weekly, and it was more than welcome. David, currently enrolled at the primary school, worked hard at home. He accepted the food we brought and placed it in their storage room. He returned to the house with a huge load of kindling on his head for a fire, and began to cook ugali, a hard corn mash. Despite his heavy schedule at home with little time for homework, David was a top student in school.

David decided to visit our church one day as a “thank you” gesture to us for helping his family. The young teenager continued to attend Sabbath after Sabbath, but his grandmother was displeased. Another church denomination was helping to sponsor his school uniform and other expenses, and she worried that his attendance on Saturdays would jeopardize his sponsorship. Concerned, she spoke with his teachers.

“If you continue to go to this church, your sponsors will not pay for you to go to secondary school,” the teachers warned.

“Well, not everyone has to go to school,” David responded. “I can do other things to make a living.”

Seeing that their arguments did not have much of an effect on David, they brought him to the ward officer with the same complaint.

“Why are you putting your future at stake like this?” the woman demanded.

“I have the freedom to choose where to worship,” he quietly answered. “I want to follow the Bible.”

“You know,” David explained to me later, “one day when I came to church here, there was a study about prophecy and the true church. The speaker showed from the Bible that the true day of worship is the Sabbath, and Sunday is a fake. I want to follow the Bible.”

Most children fail primary school here in Tanzania, especially in the villages. Many, who do pass, end up failing secondary school after several years. Typically, only people with money get a decent education. Parents cannot easily afford school supplies, even if school is free. Orphans do not even dream of a good education, because they have no one to pay for them.

David passed his final exam without a problem, assuming that he would attend a secondary school in the next village. We knew that he would be away from the good influences of his Adventist community if this happened, and his sponsorship had been threatened multiple times on account of his faith. We prayed and planned. The Seventh-day Adventist school in Mbeya was quite expensive, costing $500 a year, but we knew it would be a good investment, and hopefully an eternal one.

“Lord, how are we going to find the money for him each year?” I pondered. I found myself whining to the Lord about financial challenges when we received two emails from friends who had sent a donation. It would cover the first three months of David’s schooling. Seeing this as a confirmation that we were on the right track, I invited David over to our house. We packed a duffel bag full of clothes, shoes, blankets, notebooks, pencils and all kinds of things he would need. David could not stop smiling. “Thank you,” he simply said.

In December, the headmaster of the school in Mbeya called us to announce that “our son” had passed the entrance exam for high school. He ranked number eight out of 120 students. A second phone call followed not long after­—David had made his decision and had been baptized.

Praise the Lord for the ways He rescues His children. Please pray that David will grow up strong in the Lord to join His army.

Pray for the Vande Voorts’ outreach in their home villages.

Share this story and ask others to pray, too!