Missionary, principal, and father suffers medical setback and then healing!

Mom, Papai is calling you! Go quick; he’s throwing up!” 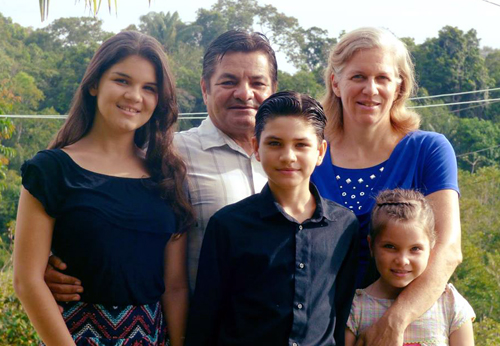 Jumping to my feet, I ran down the hall of Noah’s Ark Christian School to the small room at the end which was our home. I stared in horror at Aluisio, my husband, who lay limp in the hammock, vomit all over the floor. Dazed and confused, he could barely communicate to me. I could feel panic rising in my chest. He had been in perfect health just an hour ago. What was happening?

I had to half-drag my dizzy, confused husband to the car. At the hospital, our nightmare worsened. Everyone who saw him had a different opinion. His blood pressure was slightly elevated, so they gave him medication to lower it. But he did not have the typical symptoms of a stroke or a heart attack, and after a few hours the nurses told us we could leave. Amazed, I flatly refused, as Aluisio could not even walk unassisted. My frustration grew in the morning when a doctor informed us that it was just a urinary infection, and he could go home. At the suggestion of a friend, I insisted that we be authorized to take Aluisio to the larger city of Manaus, to a hospital with a much better neurology department. The doctor begrudgingly wrote the authorization while the head nurse rolled her eyes. 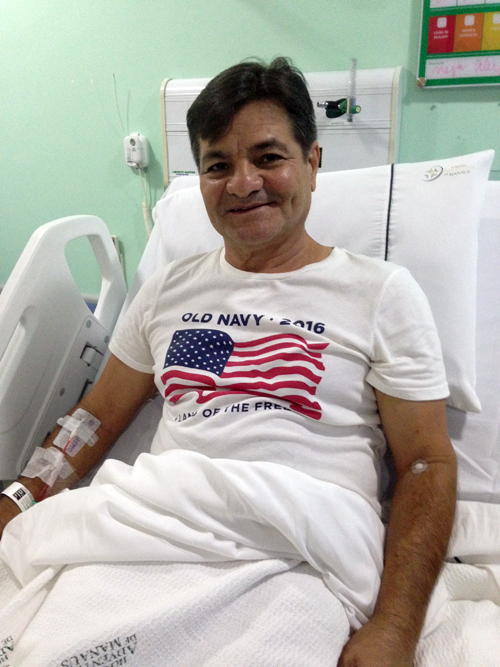 After a long drive through the rainforest, we arrived at the new hospital. They immediately tried to stabilize Aluisio with different medications. When we explained his symptoms to the doctor, they rushed him down the hall for an MRI.

“It’s just an inner ear infection,” the doctor looked up from the results and smiled. “He should be back to normal in a few weeks.”

“But what about the numbness in his arm?” I reminded her.

Her smile vanished, and she called for the neurosurgeon on duty to check the MRI. He discovered what she had missed – a large area of the cerebellum that had been burned by a stroke. With compassion in their voices they explained that with physical therapy he might make a partial recovery, but the prognosis was not good.

My heart dropped. What if he never got better? What would happen to our small school where Aluisio was principal? Tears came to my eyes as I thought of how he loved to greet all the school children every morning with a big smile. He had been healthy and active. How could this happen to him? 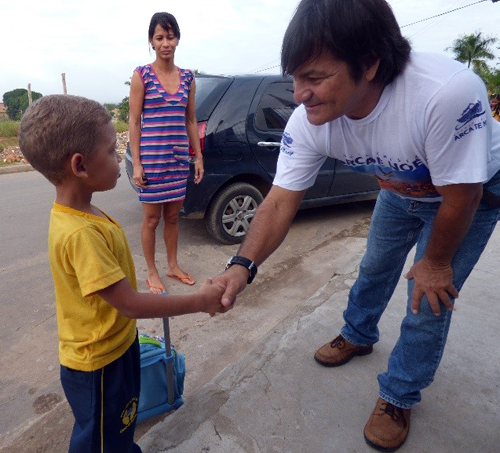 Prayers for Aluisio ascended from all over the world. He slept on and off through the night, and each time he woke, he seemed a little more coherent. A constant prayer rose from my own heart as I sat by his side. Aluisio’s brothers, who had been estranged from him for years, came to see him. It was beautiful to see them reconnecting, and to see Aluisio’s concern for their souls through his own pain and discomfort.

In the morning, we moved to the Adventist hospital where Aluisio underwent many more tests.  Our hopes soared when the neurologist gave us a new prognosis: with some physical therapy Aluisio should make a full recovery.

From then on Aluisio’s healing progressed by leaps and bounds. The doctors marveled at the miracle in front of them. When I discovered that we did not even have to pay a cent in hospital bills, I thought my heart would burst with thankfulness.

Now, three months later, Aluisio feels as good as new. Soon he will return to work where all the children who prayed for him are eager to have their beloved principal home. Looking back, I am so thankful for God’s promise. Truly, “the effectual prayers of a righteous man [woman, child] availeth much” (James 5:16).

Pray for the students and staff of Noah’s Ark Christian School. The goal of the school is to educate young people in the Word of God. The staff conduct Bible studies with parents and they also perform local public evangelism. As in any work for God, prayers make a difference.

Give. If you feel impressed to help Noah’s Ark Christian School expand to reach even more children in Amazonas for God’s Kingdom, please mark your donation “Noah’s Ark School” and send it to: