Religious liberty is being restricted.

Can you explain your Seventh-day Adventist beliefs, with evidence from the Bible?”

The group of Mexican youth glanced at each other with bewildered silence.

“Well then, why are you Seventh-day Adventists?”

One young person spoke. “Because we go to church on the Sabbath!”

These young people had grown up in the Adventist church. They knew how to act the part of good churchgoers, and yet they had not grasped the Adventist message for themselves. Because of this, they did not understand the mission of the Adventist church, and therefore had no motivation to fulfill the call of God to this mission.

“If you could learn more about what Seventh-day Adventists believe, would you want to?”

This time, the answer was a resounding “Yes!” And so, the little Bible program was born. 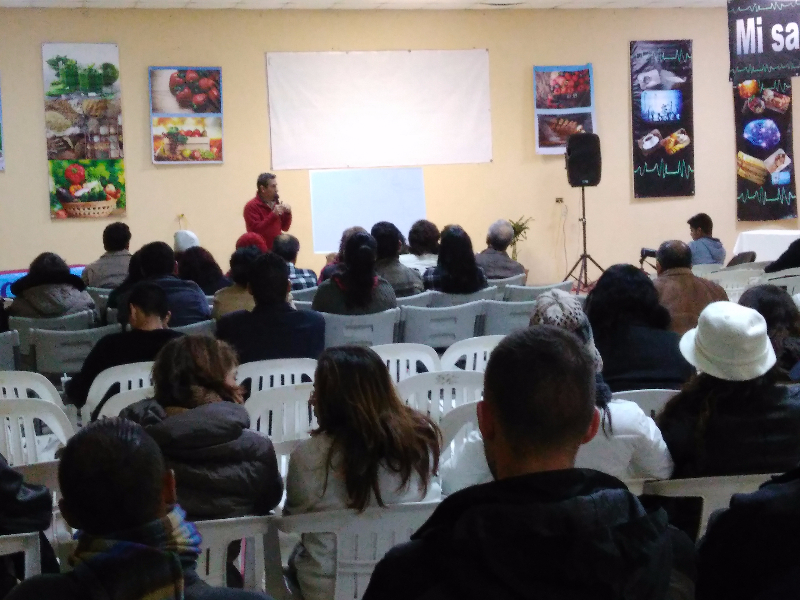 The young people, though novices, were encouraged to use their youthful skills to organize a program that focused on understanding the biblical beliefs of their church. They studied out topics such as Christian history and the pillar beliefs, and presented them in a group setting.

At the conclusion of that first program, the need for a second became very apparent. With the help and counsel of well-known Adventist speakers, further programs continued and expanded.

Though these programs have been quite successful, it is still a race against time to reach the youth in our Mexican churches. One of the most apparent obstacles is the lack of knowledgeable laborers, who have a passion to train youth.

A second obstacle to training our youth is the type of education they receive. The majority of young people attend public schools, as this is the option that is the most readily available to them. Today there are over 570,000 Adventists in Mexico, but only three Adventist universities are available to meet the need of training our youth, and many of the young people enrolled are non-Adventists. The cost of education in these schools is staggering to the vast majority of the people, so the enrollment of our youth is diverted to state institutions.

Another challenge is that in 1993, the Mexican Seventh-day Adventist church joined the Asociacion Religiosa (AR) of Mexico, officially becoming an “association.” Although this act provided some legal perks, it also stipulated that all members must “At all times respect the doctrines and worship services foreign to your religion . . . encouraging dialog, tolerance, and the coexistence with the distinct religions and creeds…” (See Ley de Asociaciones Religiosas y culto público Article 8 sec. 3). This may seem innocent, but in actuality, this prohibits teaching the Three Angels’ Messages of Revelation 14:6-12.

The Asociacion Religiosa does tolerate public religious teaching. However, it is on one condition: Nothing must be said to undermine other religious beliefs, and the practices of other religions. The first religious group listed on the AR official registration for 2017 is none other than the Roman Catholic church. It is punishable under penalty of law for Seventh-day Adventists to teach and preach our message.

As time moves on, so have national policies. Soon after Peña Nieto, Mexico’s current president, was elected, article 24 of Mexico’s constitution was altered. This article covers religious liberty. It was an act long petitioned by Attorney Armando Martinez, the head attorney representing the Catholic church in Mexico. He also stressed the need to substantially modify articles 3 and 130.These changes would allow clergy to hold public office, access mass media, and teach their religion in public school.

Soon after article 24 was changed, President Nieto paid a visit to the Vatican to further discuss his changes in administration in a private meeting with Pope Francis. This visit resulted in the pope’s public acceptance of an invitation to visit Mexico in 2016.

These challenges are only surface problems. If our youth are unable to attend Adventist schools or to hear the straight truth in their own churches, where will they go? How will they learn about our foundational truths, our great commission, and the nearness of Christ’s second coming? How will they wake up to the seriousness of the time we live in?

Clearly, Mexico’s doors are closing before our very eyes, and along with them our opportunities to prepare our youth in that country. But we should not be discouraged. He expects those who know and love His truth to give a helping hand in this neighboring land at such a time as this. Will you join the work?

“We are not to sit in calm expectancy of oppression and tribulation, and fold our hands, doing nothing to avert the evil. Let our united cries be sent up to heaven. Pray and work, and work and pray.” General Conference Daily Bulletin, April 13, 1891.

“The banner of truth and religious liberty held aloft by the founders of the gospel church and by God’s witnesses during the centuries that have passed since then, has, in this last conflict, been committed to our hands. The responsibility for this great gift rests with those whom God has blessed with a knowledge of His word. We are to receive this word as supreme authority. We are to recognize human government as an ordinance of divine appointment, and teach obedience to it as a sacred duty, within its legitimate sphere. But when its claims conflict with the claims of God, we must obey God rather than men. God’s word must be recognized as above all human legislation.” Gospel Workers, 389-390.