Tucked into the southeast corner of Africa is a little snippet of a country called Malawi. It is a land blessed with natural beauty, abundant wildlife and lovely people. Lake Malawi (also known as Lake Nyasa), 363 miles long and the third-largest freshwater lake in Africa, occupies about a quarter of Malawi’s territory. When David Livingston reached its south shore in 1859 he called it “the lake of stars” because of the light sparkling and flashing off its clear surface.

For some reason I did not understand, I felt convicted that God had 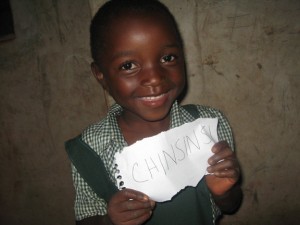 work for me in Malawi. I knew nothing about the country or what its needs might be. I also had no local contact person, which is essential for working in a foreign country. After a long season of prayer I e-mailed the Adventist churches I could find as well as the Adventist hospital in Blantyre, one of Malawi’s main cities. Long weeks passed before I received any response. The one and only reply I received was from a woman named Lucy who worked in the office at the hospital. From there, the two of us corresponded until I finally decided to make the lengthy journey to this unfamiliar place to see what God might be calling me to do.

When I arrived in Malawi, Lucy and her husband, Hastings, took me to visit some rural villages, where the majority of the nation’s population lives. As we traveled together, I discovered that this dear couple were devoted to God and had a tremendous burden to help His children. God gave me a gift in Lucy and Hastings—a gift of love and dedication to the project about to be born.

As I approached my first Malawian village, I saw a cluster of mud-brick shelters, many with only one small room. Their packed, earthen floors held little furniture; it looked as though families slept on woven mats on the floor. Cooking pots swung over open fire rings outside the huts. Village women hunched over their red dirt “lawns,” sweeping them clean with homemade brooms. Patches of dry, struggling maize plants stood near the huts, and clean clothes dried in the sun, draped over bushes and precarious clotheslines. 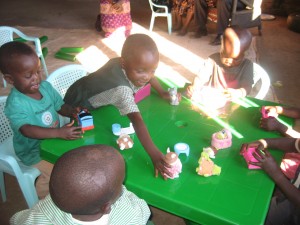 Children who are fed and clothed are happy to play.

With a cursory glance, it looked as though village life, though simple, was satisfactory. Then I noticed the children: not running, shouting and playing, but lying under sprawling trees or sitting on enormous tree roots that protruded above ground. Multitudes of flies meandered over their exposed skin, but the children seemed unaware. Their little faces held lifeless expressions, like those belonging on corpses. The children seemed to be in a trance.

I couldn’t get the children to speak to me, a white person; but with a little prodding Lucy soon learned that the children were extremely hungry. Most had not eaten in several days; some could not remember when they had last eaten. As Lucy talked with the people, I looked around and realized there were no embers under the cooking pots. The cold gray ashes had been swept away.

At the end of that day—and each day thereafter—I returned to my hotel bewildered and overwhelmed. To hear about children suffering touches my heart, but to see it, really see it, felt like a physical blow.

With a little research, I learned that Malawi has one of the highest rates of working poverty in the world. Nearly two thirds of the population earns less than US$2 per day, leaving these working people well below the poverty level. Not only are many of the children hungry, but 30% never start primary school because the parents cannot afford uniforms, shoes, writing paper or the small school fees, all of which total US$50 annually.

Every day I asked God what He had planned for me in Malawi. Meanwhile, we visited many villages. In each one I witnessed the same things: hunger, acute poverty and idle children. Women approached me and poured out their hearts. They spoke about the heartache of watching their children suffer. These caring mothers want their children to be educated! Like mothers everywhere, they yearn for a better life for their family. The women related dismal stories of drunken husbands, abuse and hardship. One young woman, an orphaned teenager who cared for her two younger siblings, stood before me pregnant. Taking me by the hand, she led me to her tiny, crumbling hut with no door. She told me how that a few months previously in the black of night a drunken man had barged into her home and raped her. It was too much to take in—the pain, the despair and the tremendous need!

Back home in the States I prayed, pondered and tried to clear my dazed mind. I asked God to show me His plan for the hurting people I had met, people beloved by Him. A few weeks later I was given the opportunity to speak at a church and collect an offering for Malawi. As I walked to my car after the meeting, I praised God for His goodness. Though I had not counted the donations, I could see that people had been generous. Still I doubted there was enough money to launch the project I had begun to envision.

Just as I opened my car door, someone ran toward me, waving a check in her hand. This precious woman told me she had fasted and prayed for me, asking that the Holy Spirit be present at the service. I was deeply moved by her heartfelt interest, matched by her generous financial contribution. Tears streamed down my face when I totaled the funds that God directed to us that day. It was enough to bring us to our launching goal. I had no doubt that He was orchestrating this project! 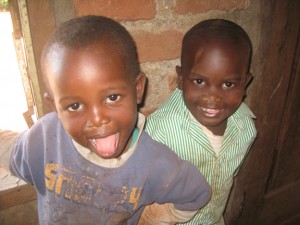 In the following months God led us to a piece of land in Malawi that already held a large fixer-upper building. In time we opened Happy Hearts Nursery School for village orphans. Later we added the Healthy Start meal program to feed God’s cherished children. While implementing programs and continuing construction, we have taken abandoned children into our home and our hearts.

In October 2015 God led Precious to our door. Precious is a boy who had always been homeless, who had never slept in a bed or eaten regular meals. He and his mother begged on the street or stole food from the outdoor market. When this little boy was merely five years old, one morning he woke up alone. His mother had abandoned him. He is now 11 and living at Happy Hearts in Chipanda Village. Precious is being tutored and when he’s ready, he will attend the local school. He sleeps in a bed with a mattress, sheets and a mosquito net. He has clothes and food and he loves church. Precious says he feels tremendously blessed, even rich!

My heart swells when I witness God’s caring love for His children. At times we struggle, but God always comes through—like the time when the food was dwindling but God sent a stranger who donated five 50-kilogram bags of maize! We continue to praise God and rely on Him. After all, this project is not ours but His.