The Gospel of Daniel

I was raised in a halfway house: halfway to heaven, halfway to hell. The year I was born, my mother became a Seventh-day Adventist. I was the youngest in our family of four and she did what she could to raise us up. She took us to church and we periodically had worship at home. On the other hand, my father was an alcoholic and loved his beer. So at a very early age I was going to church, but I wasn’t very interested in it because of my father’s example. 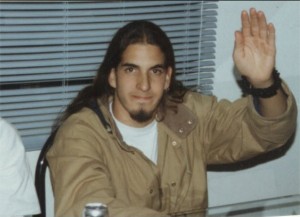 I started smoking cigarettes when I was seven and drinking two years after that. I started smoking marijuana a year later and harder drugs came not long after. Why? John 5:19 says “The Son can do nothing of Himself, but what He sees the Father do; for whatever He does, the Son also does in like manner.” That’s not just for Jesus, it’s for us, too. I followed my father’s example when I was a very young child. My sisters were already smoking, and so I was always trying to get cigarettes from them, or stealing them from my father or the corner market, or bumming them from my friends at public school.

As I mentioned, I started drinking alcohol at age 9. I’d be at a party with my father and he’d call out to me, “Hey partner, go get me a beer!” He was hanging out with his buddies and he’d crush the empty beer can and throw it. I’d come over and hand him a fresh one. Pretty soon I started cracking open his beers for him and I’d take a little sip and then hand it to him. Not too long after that I started taking beers for myself and hiding them. I was getting pretty sly even though I was very young. And why? Because my father gave me that example. Step up, fathers, your children are watching you!

I have been in 11 major accidents: one at 75 miles per hour (mph), two at 65 mph, two at 55 mph, two at 45 mph. I cracked a bone in my neck by going head first into a tree and fractured my skull in two places. I’ve had three surgeries on my left hand, one on my left ankle, and many other injuries. These were the fruits of the life I was living. Romans 6:20 says, “When you were the servants of sin, you were free from righteousness.” And I was. I was righteousness-free. It then says, “What fruit had ye then in those things whereof ye are now ashamed? For the end of those things is death.” Verse 21. 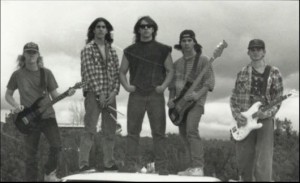 Daniel (second from left) and his heavy metal band.

I started playing the drums when I was ten-years-old. At 14 I started playing in a heavy metal band. By the age of 19 I had been in the band for a long time and that lifestyle led to a lot of trash in my life. My buddies and I used to go out to this old abandoned house in the woods for the purpose of becoming inebriated. One day, while there, we were passing around alcohol, weed, and cigarettes and I started philosophizing. When you are in that state you start thinking you’re wise. I used to get stuck in traffic all the time working in southern California, so I started visualizing building freeways on top of freeways. I explain all this to my buddies. And then suddenly, right in the middle of my conversation something happened. It felt like God poured water on my head. Cold, chilling water. I saw in a vision that everything that I had been visualizing was destroyed by two things: earthquake and fire. It was there, and then it was gone; and it shook me badly. I covered my face with my hands, and I started crying right in the middle of my little philosophy. I stumbled out and the only other thing I remember that night is being in a car, driving home.

About a month later, I was drinking beer and throwing darts with one of the same buddies that had been at the old house. He went into the kitchen to grab more beer and as he left, I threw a dart, and right then I had the same experience again. It wasn’t as intense, but I felt the same presence, and it just shook me and I got tears in my eyes. My buddy came into the room and handed me the can. I said, “Hey man, that same thing happened again.” He said, “Man, you’re goin’ crazy.” He was sick of that foolishness. I remember thinking, “Wow, I am going crazy.” I had had too many drugs. I’d been staying up all night and mistreating myself in so many ways that I couldn’t even hold a regular conversation. I thought, “This is too much.” I put down the beer, got in my truck, and drove home.

I didn’t know any Christians, except for my mother, but I hated her. During that same time, however, she, as a Christian and as a mother, loved me. She was praying for me, right at this time of my life. She later told me that she had gathered her friends and asked God to please give me a hatred for smoking and a new heart to turn to Him.

But when I quit all those things, I was still listening to heavy metal music. Dark, satanic stuff. I started thinking, “This stuff is wrong.” I thought of all the people in bands that had either killed themselves or overdosed. I thought, “Is this my future if I’m following this crowd?” That’s not good. That’s not even smart. So I decided to quit listening to that music. And I did.

Within that same week, I thought, “The food I’m eating is absolutely horrific.” I’d wake up with a 64-ounce coffee every morning. I would eat a whole pound of bacon with white toast for breakfast. I’d drink Pepsi all day long. Water was for sissies. I’d have fast food for lunch and a big pork chop for dinner, then alcohol and drugs at night. So I began thinking, this is not the smartest thing. Logically, I knew I was killing myself. So I changed my diet. I started eating fruits and vegetables and drank no more caffeine.

That same week, I heard someone talking on television, and I thought, “I can’t speak like he does.” That guy was having a clear, normal conversation, without curse words. I thought, “I don’t sound like that.” And right there I decided that the next time I was about to curse, I would choose a different word. And I did. 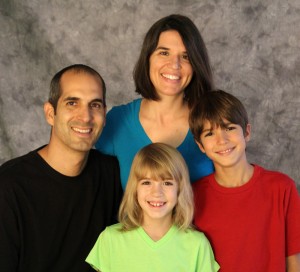 Daniel Mesa with his wife and two children.

So that same week, I had stopped smoking, drinking, and doing drugs. My music was gone, my diet was changing, and my vocabulary was completely different. At the end of that week, I started hearing a voice: “Go get your Bible.” I was not a Christian, but my mother was praying for me. She was pleading to God and He was listening. I kept hearing that voice: “Go get your Bible.” It wouldn’t leave me alone. My parents had a bunch of stuff stored in a garage, so I drove there and broke in and started going through all the stuff until I finally found it. There at the bottom was my Bible, and when I saw it I felt a sensation that I can only describe as when Elizabeth’s babe leapt in her womb. Something leapt in my spirit. I took my Bible home and set it on my table. Now that voice would be quiet, right?

But then, I started hearing a voice: “Read it.” Because, you know, that’s what you do with books, right? The voice wouldn’t go away, so after a couple days I grabbed the Bible. It was then that I said my first prayer, which was “God, how do I get to heaven?” I opened the Bible and it fell open to the back where there were questions and answers, and in bold, at the top was something like, “Who Goes to Heaven?” It was a direct answer to my prayer and I broke down crying. I knew God was there. From that point I began reading my Bible from six to eight hours every single day, for the first year. I was baptized, went to a missionary college, and became a missionary. I was ordained as a pastor in Michigan only four years later. Now, by the grace of God, I am married to a wonderful wife and have two children near their teens—a truly happy family.

Will you allow the Lord into your heart, right now, to begin that radical transformation that He wants to do in you? Pick up your Bible and read it for yourself. Meet the Man behind the message. It’s Jesus.

By Daniel R. Mesa III. Website: www.revelationwithdaniel.com. To hear Daniel’s testimony in its entirety, search “Mesa” at www.audioverse.org and find the message entitled: “The Gospel of Daniel.”