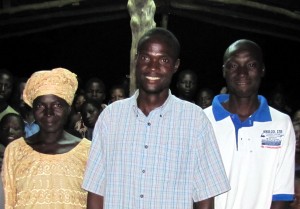 Have you ever wrestled with temptation until it hurt? When temptation comes upon us, we have the mighty promises of Scripture to be our defense! “No temptation has overtaken you except such as is common to man; but God is faithful, who will not allow you to be tempted beyond what you are able, but with the temptation will also make the way of escape, that you may be able to bear it.” 1 Corinthians 10:13. While we claim this powerful promise again and again, how often do we think of Hebrews 12:4: “You have not yet resisted to bloodshed, striving against sin.” Sometimes victory requires a struggle, too. Why is temptation so tempting? Sometimes it is because we have neglected fortifying our minds with spiritual things. “Temptations often appear irresistible because, through neglect of prayer and the study of the Bible, the tempted one cannot readily remember God’s promises and meet Satan with the Scripture weapons.” Great Controversy, 600. Other times our natural selfishness is not subdued. “It is because selfishness exists in our hearts that temptation has power over us.” Thoughts from the Mount of Blessings, 118. Whatever the cause, the Lord desires us to be “more than conquerors through him that loved us.” (Romans 8:37) “But angels are round about those who are willing to be taught in divine things; and in the time of great necessity they will bring to their remembrance the very truths which are needed.” “The only safeguard against evil is the indwelling of Christ in the heart through faith in His righteousness.” Great Controversy, 600; Thoughts from the Mount of Blessings, 118. May we each have Christ dwelling in our hearts and daily strive against temptation that we may follow in Jesus’ victorious footsteps! 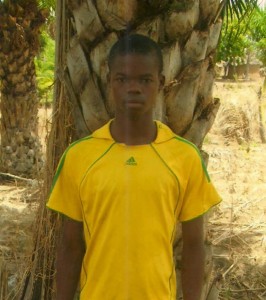 Daniel a new believer in Togo

This month, I would like to highlight a faithful worker in Togo. Brother Joel is working in northern Togo sharing victory in Jesus with Christians and non-Christians alike. As he was visiting one village, he struck up a friendship with a young man named Daniel. Daniel’s family tried to prevent Joel from coming to the house or associating with Daniel because they were faithful Muslims. This did not stop Daniel, though. His curiosity was pricked and he secretly continued studying with Joel. As Daniel learned more and more from the Bible, he knew that he would have to make a decision that would not be easy. He recognized that he could not be a closet Christian and so decided to be baptized and openly declare his faith in his Lord and Savior Jesus Christ and accept His final message for this time. His family sought to induce him through promises of power and wealth, but Daniel would not be dissuaded. Eventually seeing that neither promises nor threats were availing, his family disowned this young man; but praise the Lord, he is faithfully serving the Lord and thankful for His church family! In another nearby village, Joel met a young lady who was very sick, and he immediately began doing natural remedies. Although Edith had grown much worse after seeing the witch doctor, within a few days of simple, natural remedies, she was almost completely restored to health. This stark difference led her to inquire more into Joel’s beliefs, and he was able to study the Bible with her. She has now given up her trust in superstition and witchcraft and has chosen to accept and follow Jesus. There is not a church in her village, so each Sabbath she walks ten miles one way to be able to worship our God with like believers! Through the faithful worker of Joel and many others, the Lord is reaching countless hearts with the knowledge of Him and His truth. Would you like to help Joel and other lay-workers in Togo be able to share the gospel far and wide and plant new churches for the Master? You can mark your donation “Togo Workers.” 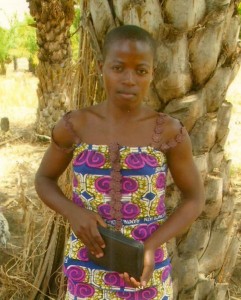 Kosolina who is now studying the SDA message

Yours in leading lost souls to our Savior,