“And you shall remember the whole way that the LORD your God has led you these forty years in the wilderness, that he might humble you, testing you to know what was in your heart, whether you would keep his commandments or not. And he humbled you and let you hunger and fed you with manna, which you did not know, nor did your fathers know, that he might make you know that man does not live by bread alone, but man lives by every word that comes from the mouth of the LORD. Your clothing did not wear out on you and your foot did not swell these forty years. Know then in your heart that, as a man disciplines his son, the LORD your God disciplines you. So you shall keep the commandments of the LORD your God by walking in his ways and by fearing him.” Deuteronomy 8:2-6

When one thinks of the wilderness, images of badlands and inhospitable regions come to mind—places where men fear to tread. However, the scripture above shows us that God can lead us into wilderness areas, and what is more, it can be for our benefit. These experiences, which are difficult and humbling, have an objective: to bring us into a closer relationship with our Creator. When we hunger and thirst, when we suffer weariness and delay, we draw near to the Father—or at least we should.

About nine months ago, I began experiencing a wilderness situation. It is humbling, to say the least. When so many things seem to be going wrong, we may think that He has abandoned us, if we are not grounded in the Word of God. What happens when funds you are expecting do not materialize, or when a door you had hoped would open doesn’t and others close? Does impatience prevail or worse, despair? These situations allow us to see what our hearts are really like. Do the scriptural principles that we adhere to in the good times remain fixed in crisis? Do we really believe that God is our only hope? Or do we run around like a chicken with its head cut off looking for solutions? If we are honest with ourselves, the answers to these questions will give us an idea of our spiritual condition.

I am a tent-maker like Paul, supporting myself by teaching English. The Senegalese state-run schools are notorious for not paying their teachers on time. Teachers often wait for months for their salaries. I teach one class in a public school that pays only after the 30-hour module is completed, which usually takes about ten weeks. The class was completed in January and payment should have come in February, but it didn’t. My monthly bills didn’t stop, either. During this same time, I was also working part-time with a private school and took an off-site class only to have the students request a two-month break about a month after we started. So I started an English conversation group hoping to help make ends meet. I did get some students but that also fizzled after a while. At that point I began asking myself questions. What was going on? 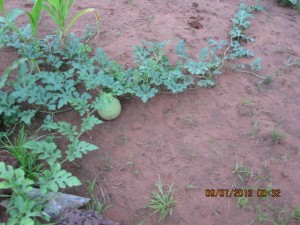 Meanwhile the second semester had started and I hadn’t gotten paid for the first semester. The car began having trouble and then the engine died. How was I going to get to my classes? Public transportation was the order of the day. So now when I had class I was obliged to get up very early and take the car rapide, which is not rapid at all. The first semester check finally arrived at the end of May but was gone before we knew it. Then, in June, my private student went on vacation.

Making it until the end of the month paying transportation to, from, and around Dakar and buying food was often a challenge, but God did not fail me. He always provided. Help came like little oases in the desert. There were no rivers but just enough water to satisfy thirst and help us to go forward. He showed me some areas that I needed to work on like impatience, self-sufficiency, presumption, and endurance because he who endures to the end shall be saved. Matthew 24:13. 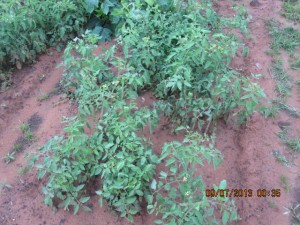 I learned from others who had passed through times like these, and one sister pointed me to the scripture above. I realized that I took many things for granted and that although I felt like I depended on God a lot, I actually depended on myself a lot. I also realized that I needed to do more praying and trusting God and less leaning unto my own understanding. I started spending more time in prayer and study. These were fulfilling moments in the presence of the Lord. It was not an easy walk, but God was there all the way.

Then in the beginning of September the door opened and things began to get better. The students who had asked for a break started class again. An acquaintance gave my number to a man who was looking for someone who could teach his wife how to read. The second semester check that was to come in the beginning of July finally came in mid-September. A few weeks later I got a call from a well-known private school that needed someone urgently and my name had been suggested. They, too, pay only after the classes are finished but the salary is double that of the other private school.

When I get paid at the end of the semester, it will be just enough to buy a small, more economical car that can take me back and forth to Dakar without costing an arm and a leg. Gas is US $7 per gallon here. It will take most of the salary to buy the car, but transportation is a priority. Too much time is wasted on buses, car rapides, and taxis, not to mention their poor safety records. 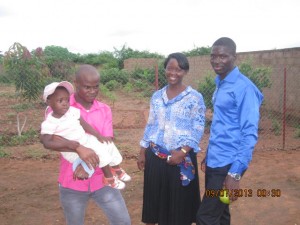 Brothers and sisters of Bethel.

I cannot express my gratitude to God for what He has shown me during these last ten months. I would never have chosen the experience, but I do appreciate all that I have learned. Being confronted with negative character traits is not pleasant but it is necessary if we want to be over comers. As God wanted to purify the children of Israel in the wilderness, He wants to do the same for us. He has not finished with me yet but I am convinced that He is the Author and the Finisher of my faith.

I’ve been traveling a lot since then. In September, Bethel, the English-speaking Seventh-day Adventist church visited Mbirdiam for a nature Sabbath. It was a wonderful day of fellowship. Over the holiday break, I worked with Jean Sambou, a nurse at the Adventist clinic in Niaguis, to visit families in Mbirdiam to assess their health needs and give out gift bags of laundry soap and bleach to promote hygiene and sanitation.

This year, we’ve had many blessings. On our farm we planted green onions, tomatoes, okra, hibiscus, eggplant, corn, watermelon, and beans. Mangoes were plentiful and the cashew tree gave a decent first harvest. The lemon trees are producing but we are still learning about their care. We are finishing up a chicken coop so that we can sell eggs. Water is still an issue but we may get help from the national water agency.

Please continue to pray for the Senegal Health Project and thank you for your prayers and support. May God bless you all!