Stepping into the Jordan

I first met Esau Kumar last year in the small village of Jupidi in India where he had previously been running a school. The school had been closed when the government and state rules changed and he now needed state permission for the school to continue. He shared with me his dream of re-opening the school and asked me for financial help to finish building the school. Because the thought of starting a school interested me, I didn’t immediately say no.

As an American, I get many requests for financial help in India because they think I am rich, but I have encountered a lot of fraud and people who are often just looking for handouts. For this reason I thoroughly investigate all requests and often have a waiting period before making a decision to help.

It was several months later that I decided to go look at his school and found that the land was very nice. However, there was nothing on the property but one simple, incomplete building. It was going to require a lot of work and money—money that I just didn’t have. 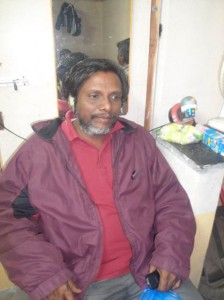 I didn’t want to close a door that God may be opening, so I asked Esau to get estimates on how much it would cost to fulfill all the government and state requirements to re-start the school. After spending a lot of time and effort, he presented me with all the estimates and the amount was far beyond anything I could afford. The state had given him until a certain time to get the school in working order or he would not receive the permission needed to re-open.

After doing some research, I uncovered information that Esau had mismanaged previous proceeds associated with the school, and this was one reason why he didn’t have the funds to complete it. But I still felt God was opening a door and I didn’t want to tell Esau “no.” So I decided to tell him that if he would raise 50% of the needed funds, I would match the remainder. I figured if he was honest then people would believe him and donate money. If not, then I would walk away from the project.

For two months Esau had no success raising any money, but he didn’t give up. At this time, I had to return to the United States, so I told him again I would match whatever money he raised. I already had a lot of financial commitments to many other students and projects and decided again to leave it in God’s hands. I believe that just because money is not flowing in, it doesn’t mean that God is not involved.

I returned to India the month before the government required the money for Esau’s school. There was a girl named Jessica with me in India for a few weeks. She and I met with Esau at his house the next day on Sabbath, after church. After enjoying a wonderful home-cooked meal prepared by his wife and two daughters, I learned that no money had been raised and nothing had been done on the school. I asked him, “Do you believe that God wants you to start this school?” Without hesitation he answered, “Yes.” I then asked, “Do you believe that God can provide the money to start the school?” Again he answered, “Yes.” So I said, “Let’s go ahead and get started.” Jessica had been listening to the entire conversation and when we left his house, she told me privately that she would donate $100 towards the school. 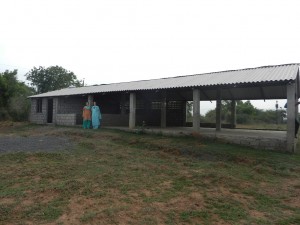 The beginnings of Almighty School.

I had told Esau on Sabbath that what we were doing was like stepping into the Jordan River. It was a huge step of faith even though we had no evidence and no money to start any work. I instructed him to get flyers, a banner, and posters printed and to start canvassing the area to let people know that the school would be opening soon, and for them to bring their children on that day for admission. The cost to print these items was $100, exactly the amount my friend had said that she would donate!

Soon after that, donations began to come in and Esau was able to pay the government fees and gain permission to run the school. But he was a long way from repairing the building and other things that needed to be done before school could start. But he started working on finishing the walls for all ten rooms on the ground floor of the school. This was enough to start the school.

The school began accepting students. Some come from a nearby tribal village. Their parents are uneducated and their fathers mostly hunt for a living, with bows and arrows. These kids have never been to school before. One mother pleaded with us to please let her kids study there because she wants her kids to be able to read the Bible. 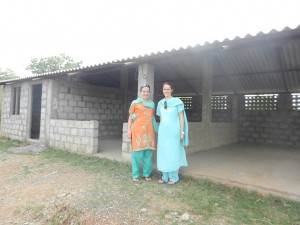 The author and visiting worker Jessica.

The school needed so much help, and one time I gave $200 out of my advanced salary. I had to somehow get it back or I wouldn’t be eating for a month, but I couldn’t not give it. The next big thing that was needed was a school bus—a necessity for the kids to come to school. And God provided that, too! We were able to repaint it with our school name on the side, but it still needs a couple thousand US dollars to finish paying for it and repairing it.

We have a great group of teachers, but still need more student admissions. Esau has named the school “Almighty School” and we ask for your support and prayers for our faith, as we continue through the Jordan.