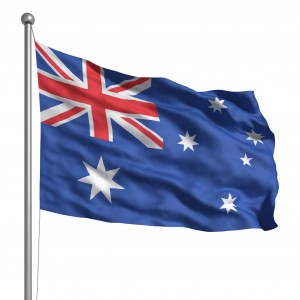 Every several weeks I make it a habit to contact our former guests as a follow-up for Highwood Health Retreat here in Australia. One day, I was speaking to a lady and I quickly realized that she was not doing very well. She told me her father had died. I tried to show my sympathy with her, although it sounded like she was not young and so many have lost an elderly father or mother. But still, I understood it was a loss. For some reason I decided to ask how long ago it had been since her father died, and I was not expecting the reply: “One hour ago.” That helped to explain the shock in which she found herself. Her relatives had not yet reached home to visit her and she seemed to understand that God had provided this phone call at the right moment, and I was able to pray with her. A week later we had another good talk and she knew that God had been comforting her. Isn’t it amazing when God has us call or meet someone just at the right moment?

Ella first came to us several months ago. She was an elderly woman who suffered from stomach cancer and mental stress. Her amazing life story had been colored with disappointment, along with physical and mental abuse. Ella grew up in Europe as a Roman Catholic and her father was a member of the communist party in World War II. Through a long chain of circumstances, Ella’s daughter began to seek God, and Ella joined her. Today, they are both members of a Protestant church in their area.

When Ella was diagnosed with cancer, her daughter eagerly sought for ways to help her. She had a growing interest in natural remedies as part of “faith healing.” Although some of her church members felt it was a denial of faith to do anything other than prayer, Ella’s daughter insisted on sending her mother to a natural health retreat. But where? There are many retreats in Australia and most of them are based in Eastern religions. Ella’s daughter did not want to take part in such things, as she knew they would be in conflict with her faith, but she finally decided on one near Melbourne. After paying the deposit, they agreed that while there, they would feast on the Word of God, avoid the Eastern activities in the center, and just benefit from the natural remedies. But for some reason, she was not at peace with their choice.

They decided to search one more time, and this time they came across Highwood. They read that it was a Christian-based health retreat, and this caught their attention. They canceled the appointment with the other retreat and went to Highwood instead. And that is how I came to meet them.

I, myself, had just arrived at Highwood from Norway only a few days before. I led the worship sessions each morning and evening, and they were very keen to take part. They appreciated the beautiful surroundings, the baths, the food, the peace, and the constant care from the Highwood staff. All made a great impression on both of them. After a five-day stay, they determined to return. Ella’s daughter wanted her mother to go through the entire ten-day program, which she did, and she decided to go through our new Bible course.

I spoke with her on the phone today and she had many wonderful things to say about Highwood. The family has developed a great love for the health center and wants to have Ella return yet again. Ella’s daughter and son-in-law want to work as volunteers. Let’s pray it will all work out, and that He will lead and draw this special family closer to Him.

Jana had been in an extremely stressful situation for years. Her slightly mentally handicapped son lived with her and she had taken her own, dear old mother into her home, as well. In addition to this, she worked as a massage therapist. Years of hard work and challenges had drained her of physical and mental energy and she was greatly in need of a break.

She later told me that one of her main goals at the retreat was to build a closer relationship with Jesus. She had been a believer as a child, but through all the stresses of life she felt that her spiritual connection was no longer strong and active. One evening, at worship, she told us that she was so very thankful for the food, the treatments, the love and care of the staff, and being able to lose weight. Then she paused and said, “But the most important thing is that I have found my spiritual path again—it was kind of always there, but now it’s back in a more practical way!” Isn’t that wonderful? We are so happy to hear testimonies like this.

During the time Jana was with us, we had some challenges. There was a group of guests with common interests who had various complaints. They were interested in Eastern ideas on health and felt there were too many activities. One day, one of these guests went for a morning walk with Jana and me. She expressed that the spiritual side of Highwood was a bit overwhelming and that she felt too much time was dedicated to our worships. I had a nice relationship with this young girl and she was not being hostile, just sharing her honest opinions. She asked Jana what she thought. Jana exclaimed, “Oh, I really like the worships, this is just what I need!” Her comments made an impression on the younger guest who visited me frequently in my room during her stay. “Even if I find it too much, that’s just how I feel. Obviously it’s working for Jana, since she is seeking her spirituality.”

The interesting thing is that this young lady who had found the worships “too much” told me she would take part in our new Bible course after she went home. She was happy to receive The Great Controversy from me as a personal gift. I had brought the book from Europe and it was a really nice, highly illustrated version.

But back to Jana. I called her just before writing this story and she said, “I feel good, I feel happy, I feel well!” Even her mother could tell the difference. Praise God! Jana took home all the Ellen White books that she found in the drawer in her room and was looking forward to reading them. Let’s keep her and her family in our prayers. I am so curious to see how God will lead her further!