Chief of Sinners Though I Be,

Jesus Shed His Blood for Me 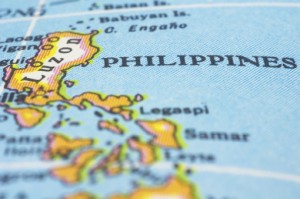 Do you know the song, “Chief of Sinners Though I Be, Jesus Shed His Blood for Me”? That sums up my story.

You know how it is: living in a city as a young person is so exciting. I left my home and moved to the city of Koronadal, where I made the most of city life. I tried it all—alcohol, tobacco, and marijuana. Every day I had off work, I spent “livin’ it up” with my friends. You would think, I should have known better, because I was a Seventh-day Adventist, but I just tried to numb my conscience because I was living the high life. I was having fun! Oh yes, there were times when I wanted to pray, because I was ashamed of my lifestyle, but I felt too guilty to even pray.

For six long years, I lived this lifestyle. I was far away from my family. I am ashamed to say that I didn’t even send them a single letter, give them one phone call, or even send them a text. They sadly concluded that I must have died. But I was too busy living the high life and I sure didn’t want to disappoint them with tales of my wild life.

I had a good job. So I didn’t need anybody’s help (especially my parents). I worked in a restaurant as a janitor, waiter, and dishwasher, and all of the other types of work that were needed there. I worked hard for that restaurant. I would work from before the sun came up until after the sun went down. My employer so pleased, he hoped that I would work for him for as long as I lived.

I was happy, or so I thought, but then it all changed. One day, I received my wake-up call. It happened like this: as I was sleeping one night, I had a dream that that seemed as vivid and real as if I were awake. I dreamed that I watched all of my friends being beheaded unmercifully, while I stood by helpless to even raise my finger. I woke up shaking like a leaf in the wind. I said to myself, I am not living how I am supposed to. I must leave and return to the life that I was raised to live.

I had only a small amount of money that I had saved from my job. I took that little bit of money, walked down the road to a bus stop, and hopped on the next one that came by without even checking where it was going. I was just leaving. God was going to have to help me. I knew I had better hurry before I changed my mind.

Finally, the bus stopped at the General Santos City Bus Terminal. I remembered that the Palange family lived in Davao, so decided I’d see if I could catch a bus from there to take me to Davao. I hoped that I could find them since I hadn’t visited them for ten years. Back then they lived in Ilang, but I didn’t know where they lived now, or even how to get to their house, if they were still in the same one.

I boarded a bus for Davao, and for the first time in six years, prayed to God. I asked Him to help lead me in my travels.

I arrived at Davao City Terminal at 6:00 pm, just as the sky was turning orange and the was sun quickly slipping away in the west. I stepped up to a kind gentleman and asked him if he could direct me to Ilang. He pointed in the direction of a bus that was bound for Ilang and said that it would be leaving in a half-hour.

I knew it was going to be dark when I arrived at my destination and worried if I would able to find Palange’s house in the darkness. But I took the bus anyway, and asked the driver to please drop me off at Ilang.

Unfortunately, the bus driver forgot where my stop was and never said a word as we raced through Ilang. I finally discovered what had happened as he stopped at the next terminal, nearly twenty kilometers beyond Ilang. The situation overwhelmed me. I nearly burst into a flood of tears, but managed to contain it to only one or two that quietly slid down my cheeks. At that point, it was  8:00 pm. I didn’t know where to go or what to do next. I just walked around in circles for a while, wondering what I was supposed to do next.

Finally a policeman approached me because he thought I appeared to be lost. I told him of my quandary and asked him if he knew how I could find the Palange family. The policeman was so very kind and helped me to find a bus that could take me to Ilang. He even went up to the bus driver, explained the situation, and made him promise to drop me off at the correct station this time.

I boarded that bus with a heart as heavy as a ton of bricks. I felt so lost. I wondered if God had heard my prayers, or not. Once more I opened my heart to God in prayer. This time I confessed all my wrongdoing—especially my lifestyle that I had chosen for the last six years. After some time of pouring my heart out and exposing every secret thing to my Heavenly Father, I began to feel peace wash over my soul. I knew the promises of God. I knew that, “if we confess our sins, He is faithful and just to forgive us our sins and to cleanse us from all unrighteousness.” I believed that God had heard me and that He had forgiven every last sin. I even told myself, if this is it, if I never find my way to Ilang and this is the last day I live, I’m ready—God has forgiven me.

A few minutes later, the driver announced that we were arriving at Ilang. He dropped me off at the Tibungco Market. It was empty, all the stores were closed. I sat down, wondering what in the world I was going to do next. How would I ever find the Palanges? I was so close, but still so far.

As I sat there with my head buried in my bag, a man approached and asked if he could help. I told him that I was looking for the Palanges. He said he would help me figure it out and offered a ride on his motorcycle, which I gladly accepted.

We hadn’t even gone a kilometer, when the man stopped at a store, approached the clerk, and asked if she had heard of the Palanges.

She got a curious look on her face and pointed to another woman in the store and said, “See that lady over there? That is their daughter.” I looked over and then I recognized Lek-lek. My heart immediately leaped for joy. The heaviness had turned into a feather.

I had found the Palanges. I had arrived safely. Surely God had heard the cries of a penitent sinner.

Time has flown since that day. For several weeks, I stayed with the Palange family. They studied with me and brought me back to the faith upon which I had so foolishly turned my back. After that, Kuya Bruce suggested that I attend Bible worker training school, which I did. During the training school, an old, long buried desire in my heart began to resurface—the desire to be a missionary. I am forever in debt to the One who has shown me so much mercy, kindness, goodness, and love. I am now excited to learn where He will lead me next and what kind of a missionary He wants me to be. Please pray for me that I will be as faithful a worker for Jesus as I was for the restaurant owner, and that I will remain faithful to my Lord and never slide back into the lifestyle that I was practicing in Koronadal City. Never forget the promise, “chief of sinners though I be, Jesus shed His blood for me.” Praise God!

By Oliver Cuyeg. Correspondence to Oliver can be sent through Joseph Palange: jbrian_palange@yahoo.com.