A Great Thirst for Truth

I arrived in South Africa on June 30, 2012. I traveled by bus the next day and arrived at the youth camp at Mthatha in the Eastern Cape. We had about 17 young people, university age, who came to the 12 days of the camp. I presented three seminars. In the morning, I presented on the book of Revelation, how to study the Bible in the afternoon, and the book of Hebrews in the evening. The Lord blessed the meetings.

Among the people that came were two ladies from the province of Kwa-Zulu Natal. They were sent by a group of 40 people to talk to me about their plans. The Seventh-day Adventist pastor that is leading them just recently retired from the ministry. He has been studying the spirit of prophecy and has been conducting some group Bible studies with the few members that were interested in the truth. As they studied, they became interested in the concept of a self- supporting ministry. These two were sent to ask me to go with them to Kwa-Zulu Natal, and train them in starting a self-supporting ministry.

The pastor wrote me a letter explaining that they have property in a very tropical and fertile part of South Africa, where mangos and bananas just grow naturally everywhere. They are now busy clearing the land. Because of my busy itinerary I could not schedule any visit with them until December. I am planning to take some Hartland students there for a two-week intense medical missionary and Bible worker training program in the near future.

At the same camp, I also met Tshenolo, a Wildwood graduate, who has been busy for years doing medical missionary work. Due to lack of financial support, he is now employed teaching English at an academy. I also met other young people who are doing different types of missionary work. They beg me to start the training school in South Africa.

At this first camp meeting I met key people that will support and sustain the work we are planning to do in Southern Africa.

The people were encouraged by the meetings. Some appeared to have challenges in their churches and had been persecuted for God’s cause. They therefore were strengthened to go back and work for the Lord.

When I left South Africa and went to Botswana, I met people who had many questions about the school project. Some told me that they would quit their employment to help support the work if that is what is needed. They asked us to start a part-time training program for them in the evening. Others offered their property to be temporarily used in order that we can begin training as soon as possible. We are still exploring these possibilities and seeing how best we can move forward in this direction.

I only spent three weeks in Botswana, and the second week I conducted a seminar about “Repairers of the Breach” at the University of Botswana. The first night we had about 30 to 35 people attending, and the following days we had more and more coming until we had 250. We studied the books of Ezra, Nehemiah, Haggai, Zechariah and Isaiah in the context of restoring and repairing the breach.

One of my friends who had attended these meetings said, “The greatest blessing God has given Botswana is for you to have been trained at Hartland.” This particular friend just recently received a license from the government to polish rough diamonds and sell them overseas. He is looking at investing a significant amount of the profits in the school project. He had been pursuing this license for the last eight years, and now he said he believes God had reserved it for the school project, as he just received it in June.

We are looking for property for the training school.

We began a revival in August at Polokwane, at the University of Limpopo in South Africa. The week of prayer topic was the sanctuary. About four to seven non-Seventh-day Adventist students came to this seminar, and an average of 50 members came each night. On Sabbath, the numbers doubled.

Many of the students did not understand the concepts of the sanctuary. The new theology had confused some of them, but by God’s grace, many questions they had about righteousness by faith, the nature of Christ and the nature of sin were covered. They were very thankful to have a clear understanding of these truths.

A friend of mine went back to the same university and presented a seminar on the spirit of prophecy. The students received the truths presented.

After that, I left Polokwane and went to Johannesburg to present an evangelistic series for four weeks. This was a real faith building experience. I praise God that we finished the meetings, for it seemed like the enemy was fighting every inch of the way.

The Rooderpoort Seventh-day Adventist church had booked a hall for the meetings. The first night, the meetings were to begin at 6:00 pm. The committee that rents out the hall told us around 3:00 pm that we could not use the hall. The reason given was that some people who want to produce a Nelson Mandela movie had also booked the hall. Since the government was supporting this movie, we could not use the hall. We prayed, and around 6:00 pm we went to the hall and negotiated more with some of the committee members, and they allowed us to use the hall for one week. Praise the Lord! 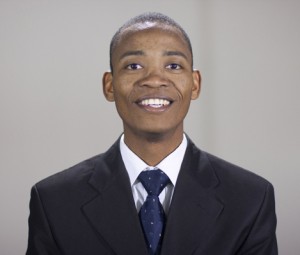 On the third night when we came to start the meeting, when we tried to get the keys, the security told us the owner of the hall told them not to give us the keys. He did not want to see us there! We were now kicked out, and we had our meetings outside the hall. It was very cold, but God blessed, and we were able to have the presentation that night. The following day, we went to speak to the owner, and he told us that there was really nothing to negotiate. He told us that they had other halls which they would not let us rent. He did not want any meetings anywhere in Durban Deep. He did not want us to even have a tent! He was very rude in speech. Durban Deep is privately owned by a mining company. We prayed for a way forward.

We moved the meetings to a church elder’s home in Durban Deep and met on his front porch as it was very spacious and could accommodate up to 300 people. The meetings attracted more people than we anticipated. God led us to that place by His providence.

I believe that this crusade benefited the church members and helped them to be established in the foundational truths of Adventism. The church members were really ignorant of our doctrines. They had many questions on prophecy and the judgment.

The spiritual starvation and ignorance of these sincere Adventists really touched me. They did not know, but they were willing to learn. One of them told me, “I did not believe in E. G. White as a true prophet, but now you have convinced me, and I believe in her writings.”

There was ignorance also on the issues of health. I could tell by their appearance that the principles of health were not taught in that church. So I presented health talks every night. Little did I know the impact of those presentations on the people, until the last Sabbath when the fellowship lunch was vegan. On Sabbath afternoon, the church members had many questions on what to cook and how to prepare it, and they were taking very good notes. The couple that I stayed with said that they tried to be vegetarian but they did not really know what they should eat. I taught them how to prepare palatable vegan meals.

God really changed that church, as well as the guests who were coming. We have about 40 people who want to prepare for baptism. I have equipped the Bible workers with resources to help them with the follow up work. All I can say is that there is famine in the land for the Word of God! People are tired of fables and forms. They need something to cling to. They need a gospel that can help them to solve their real-life problems. But how will they hear it if those who know it are not preaching it? This experience has confirmed the truthfulness of Christ’s words when He said, “The harvest truly is great, but the labourers are few: pray ye therefore the Lord of the harvest, that he would send forth labourers into his harvest.” Luke 10:2.

Southern Africa really needs workers, for there are few who are doing this work full time. Some want to do it, but they are not trained, and starting a training school will help by providing more trained workers who can be self-supporting. Please pray for this great field that is ripened and ready for harvest, and that the Lord may strengthen us to start this training school that has been long overdue.

By Loago Setswalo. To help this project, send your donations to Lord Send Me, PO Box 1, Rapidan, VA 22733.