“Lord, Give Me Senegal!”

There are times that we read things that touch our hearts. This happened to me recently with an email sent to me by a friend. The email was about being a champion for God and included the story of John Knox who, after seeing the sleepy state of the church in Scotland, prayed, “Lord, give me Scotland or I die!” It is widely recognized that God answered his prayer and that he was the catalyst that brought the Reformation to the Scottish church. It has been said that Mary Queen of Scots trembled when John Knox prayed. She is reported to have said that she feared Knox’s prayers “more than any army in Europe.”

When I read those words and think of the primitive godliness of Knox and others like John Wesley who were champions for the Lord, I want to have that kind of experience.

It is said that Senegal is a difficult mission field, but I know that nothing is impossible with God. With over 90% of the population being Muslim, we definitely have to be wise as serpents but harmless as doves. Still I am sure that God has a plan for the people of Senegal, and I want to play a part in it.

As many of you know, I am a tent maker like Paul. I work part-time teaching English classes to help support this ministry. After reading the story about Knox, one morning I arrived several minutes before the students. Remembering his prayer, I asked God to give me Senegal. When the students came in, the conversation turned to God, and we spent the entire class time—one hour—talking about God, the Bible and the Koran. It was a wonderful time, and everyone participated. After the class, I thanked God for His mercy and grace. Since that time I have been including this request in my prayers—that God would give me Senegal. I understand that we must be daring in God’s work.

“We do not ask for enough of the good things God has promised. If we would reach up higher and expect more, our petitions would reveal the quickening influence that comes to every soul who asks with the full expectation of being heard and answered. The Lord is not glorified by the tame supplications which show that nothing is expected. He desires everyone who believes to approach the throne of grace with earnestness and assurance.”— Signs of the Times, August 7, 1901.

Recently, a pastor from the Sahel Union gave a talk in Dakar about evangelizing Muslims. It was very inspiring, and I realize that God is working in the Muslim community to bring souls to Him. Many are curious and looking for answers to basic questions. The pastor shared with us the importance of using the Koran itself to inspire trust in the Bible. When we can show Muslims how the Koran confirms many Bible truths, including the Sabbath, we can find common ground and build trust.

One of my students is a university professor who wanted to improve his speaking skills, so we spent the entire class time talking. He always had a lot of questions about the Bible and health. I was surprised to see how similar our views were on certain subjects. He was very open and accepted some of our literature to read. 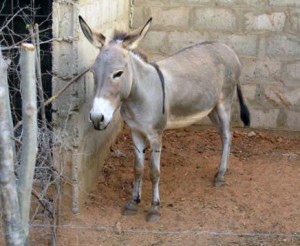 Recently, I had the opportunity to visit Kine, the wife of one of our newly baptized brothers who was a former Muslim. Though her husband comes to church every Sabbath, she does not. Their journey from Islam to Christianity was difficult, as they had gone to two other Christian churches looking for healing. They are childless and had heard that the first church was doing miraculous things for people. They were cheated out of a large sum of money. Sadly there are wolves in sheep’s clothing ever ready to deceive and abuse the Lord’s sheep. Kine accepts the gospel but is still wary of Christians due to this bad experience. We had a nice visit talking about health and the preparation of vegetarian food, since her husband has recently decided to become a vegetarian. She seemed genuinely interested and asked me to come by again so I could show her how to prepare some dishes.

Lack of electricity is an issue in the rural areas of Senegal. With no access to refrigeration, women have to go to the market every day. Market women and fruit vendors lose a lot of food because of the lack of refrigeration. In looking for ways to evangelize and to support the ministry I began investigating ideas for appropriate technology and found two—a non-electric refrigerator and a solar food dryer. These ideas can be very helpful in allowing families to conserve their harvests and food supply. This is especially important because last year Oxfam, an international non-governmental organization, sounded the alarm that several neighboring countries in West Africa—Mauritania, Niger, Burkina Faso and Mali—were at risk for famine. With the changing weather patterns and its dependence on food imports, Senegal is not immune.

The non-electric refrigerator consists of two clay pots: the smaller one is put inside the bigger one and sand is put between the two pots. The sand is watered twice daily and vegetables stored in the pots can be kept for a week or more. We decided to make this refrigerator as a means to reach the people and support the ministry. I spoke to two potters who agreed to make them, but neither one has finished so far. The first potter is having difficulty keeping the pot from cracking. The second one successfully made a set but got confused on the dimensions. He is making another set at this writing.

The mango season is coming, and I am working on getting the solar food dryers ready. Mangoes are plentiful, and many will spoil and be thrown away. A small tabletop dryer is finished, but we need to finalize the plan for a larger one, as well as a hanging dryer. 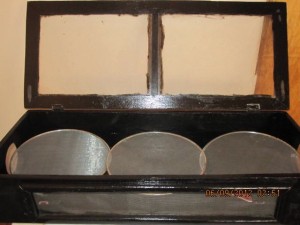 Also, I need to identify the right screening material to make the shelves. People use window screening, but I am concerned about the chemicals that are used in the manufacturing of these screens. I know that God has an answer, though. Meanwhile I have adapted a screen from a kitchen device I found in a local supermarket. We will use these in seminars to demonstrate simple food conservation techniques.

I am excited about the future here. I believe that the Lord is opening doors and windows of opportunity for us. In 2011, I was promised a donkey that was finally delivered last week. There are still daily struggles and challenges, but we see the hand of the Lord working with us. We are grateful for the financial support and the prayers. Thanks to the generosity of faithful souls, we have been able to realize the above-mentioned projects, develop an irrigation plan and will soon begin construction on a hangar where we can host larger meetings. There are so many needs, but it is very encouraging when we are able to see our plans come to fruition.

The days are passing into eternity and precious souls are waiting to hear the gospel. Please pray with me that God will give us Senegal!

By Deborah Ndione. Email: senegalhealthproject@live.com. Support for this work in Senegal can be sent through Mission Projects International, PO Box 59656, Renton, WA 98058.