Norway is a long country. It is more than 3000 kilometers long, and w 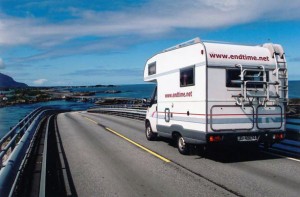 e have the sea on the west along our country. We have about five million people, so you will understand that we have enough space.

We, by God’s grace, have given information to people about the end time message for more than 20 years, and in that period more than 1200 non-Seventh-day Adventists have received this information. We send out newsletters and pamphlets to these people three to five times each year.

We had never seen these people, except for a few persons, so we began visiting them. In 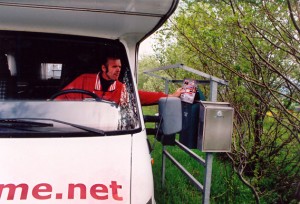 the last four years we have gone with our motor home to visit these people in different parts of Scandinavia. We are visiting people in the countryside, on narrow roads and between high mountains, on islands and in cities. We visit Pentecostals, Baptists, Lutherans, Mormons, Catholics and more. Most of the people that have accepted the Sabbath as the right day of rest are Pentecostal people. We have many friends among the Pentecostal people. One of them, when he saw 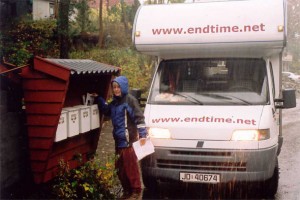 our motor home, nearly ran toward us, and the first thing he said was, “Now I also keep the Sabbath holy.”

We appreciate that people are praying for us, because we have met many barriers, but by God’s grace, all barriers have been broken. We are free in Christ and we trust in Him!

We have now finished our visiting work in Norway, except for a few homes. During four years we have knocked on 1000 doors, and most of the people have been very open to Bible studies. We have prayed that the Holy Spirit would go before us and prepare the hearts, and we have seen how the Holy Spirit has worked upon the people’s hearts during the Bible studies. Many people have accepted the truth, and about 100 persons have accepted the Sabbath as the right day of worship. 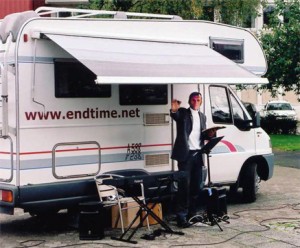 In October 2011, we started to visit people in Sweden. And the time in Sweden has been even more blessed. We have sent information to about 120 non-Seventh-day Adventists in Sweden for many years, and many of these people have attended evangelic meetings that Abel has had in many towns in Sweden, such as Ørebro, Upsala, Jönköping, Norrköping, Linköping, Vesterås and Borås.

During these campaigns, the newspapers wrote hard notes against Abel, before he even started the meetings. In one place, we hired a room in a hotel. Two times the police came to search through the hotel, because some people had called the hotel and said that they had placed a bomb there because we had these meetings in the town. Because of this, they wanted us to stop the meetings because it was dangerous for all the staff and the guests in the hotel. But we said that such threatening were usual for us and that we had no fear because we knew that God was with us. We said that we would pray for the hotel and all the people there, so they let us stay there.

In another place, at the first meeting, two police came with guns because they thought

that I was a dangerous man because of the writing in the newspapers.

In another place I (Abel) had to leave a university where we had hired a hall because they trusted what the newspapers had written about me. In this situation, I had a meeting with the leaders of the university. They had even hired a lawyer, and I was there alone with all of the leaders. But God was with me. God opened a way for me to give a testimony to these people, and in about 40 minutes I had a sermon for them, and all listened carefully. But I had to leave the university. I left with a smile and said that because we had made a written contract, they broke that contract, but I said that I trusted that the Lord would help me to find another place to have the announced meeting that evening and the eleven following meetings. From that meeting with the leaders, I went to find another place where I could have the next meetings. As I was about to enter another high school, I received a telephone call. It was the leader of the university. She said, 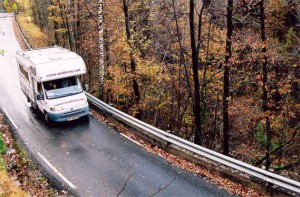 “Now, we cannot treat you like this. You shall have a meeting room here at our university for your meetings.” It is not often that I weep, but now I saw God’s hand very clearly, and then I had to weep tears of joy. This touched the leader’s heart, and she and her secretary came to my first meeting. After the meeting she said to me, “This was a serious meeting.” The topic was Daniel chapter two. I got the best locality on the university, and they set out guards only that first meeting. After the meeting series, I gave the leader of the university The Great Controversy. 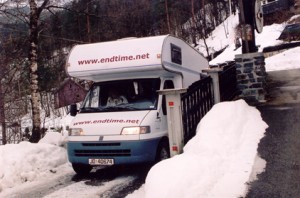 It has been very encouraging to see the spiritual development of these people that attended the meetings. When my wife, Bente, and I have knocked on their doors, we have been very welcome. We have had very many house meetings with these people, and they have been exceptionally eager. The Bible studies have endured sometimes very late into the evening—even into the night. When people accept the Sabbath, we see that they have made a great change and that they are willing to follow the Lord.

So far we have visited 45 homes in Sweden, and 21 persons have accepted the Sabbath as the right day of worship. Many of them have been baptized in the Pentecostal church, but so far five people have been baptized during these campaigns, and at least two more people most probably will be baptized in the near future. Just now we are about to go to Sweden to have Bible studies with one of them. 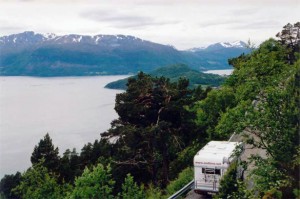 The signs of the times show us that Christ soon will come back again, and all of us have a work to do in God’s vineyard. There is much to do, but the workers are few. If you cannot go from door to door, you can pray for all of the workers and support the workers with funds. When we have the same faith, then we are working together in one accord—in the same Spirit!

We give all the glory to God for all of these good experiences, because in everything He is the only one that has the ability to make us serve Him in His vineyard. We look forward to continuing the visitation in Sweden and Denmark in this year of 2012.

May God be with you all!