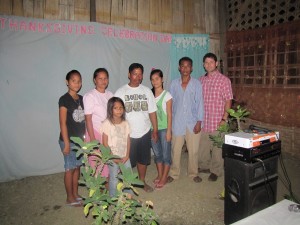 One of the elders of the thriving new church

I am so thankful for the loving, personal God whom we serve. He cares for us “as though there were not another individual on the face of the earth.” God’s Amazing Grace, 78. I cannot even begin to fathom this statement, but then Jesus adds further, “But even the very hairs of your head are all numbered.” Luke 12:7.  He knows what we ourselves would not or could not even possibly know, and He knows this for all seven billion of us. What a God we serve! The unique individuality with which God sees us gives us added responsibility, as well. Not only does God know all about us, but He knows and gives to each of us our own distinctive role in His work. Just as we are all unique individuals, God has given to every one of us our own sphere of influence to be used for His glory and honor. Every day, consciously or unconsciously, we exerted an influence for life or for death. “You may never know the result of your influence from day to day, but be sure that it is exerted for good or evil…. Throw a pebble into the lake and a wave is formed, and another and another; and as they increase, the circle widens until they reach the very shore. Thus our influence, though apparently insignificant, may continue to extend far beyond our knowledge or control.” Counsels on Health, 413. May we use our unique influence for the glory of the Master. 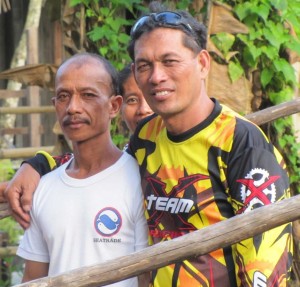 Apostolic pastor who is accepting the message

Mike Bauler has recently returned from visiting and laboring together with the workers in the Philippines. How thankful we are to know that they are using their influence for the honor of our Master and the advancement of His kingdom! Last year while he was there, the workers had arranged for an evangelistic prophecy seminar to be held in a Missionary Baptist church. One of the workers had become acquainted with the pastor of the church and had begun to study the prophecies with him. When Mike arrived, he opened the doors of his church to hold this series of meetings. Unfortunately, the pastor refused to accept the Sabbath truth and began stirring up prejudice and confusion. Despite the opposition, many of the parishioners desired to know more and continued studying with the workers. Now the majority of this small congregation have taken a stand for the three angels’ messages with fifteen, including the former elder of the Baptist church, being baptized and more studying and preparing for this stand. Praise the Lord for faithful, truth-seeking souls, but the influence of these faithful workers has not stopped there; it continues to ripple out. The news of the prophecy seminar and subsequent split in the Baptist church traveled far up into the mountains to the even smaller village of Pundaguitan to three families who occasionally attended the Missionary Baptist church. One of the newly baptized Seventh-day Adventists made the trek up to this mountain village to share the precious message they had learned with these families, but it did not stop with studying. They wanted to act upon the truths they learned and so began to keep the Sabbath together. They started out meeting in a home, but it soon became too crowded, so they began building their own little church with the little offerings they could collect. But the ripples continued. One of the ladies from the little group is the wife of a pastor from another denomination. She began to share what she was learning with her husband who resisted at first but has begun to follow the truths he is discovering from the Bible, too. Praise the Lord for the influence of faithful workers for the Master! One worker began sharing with a pastor which led to a seminar in his church resulting in the conversion of many of his church members leading to the truth entering new villages, another pastor accepting the Advent message and a new memorial for our loving God! If you would like to help these faithful workers in the Philippines, you can mark your donation “Philippine Workers.” May our influence shine for the Master and grow with each passing day. 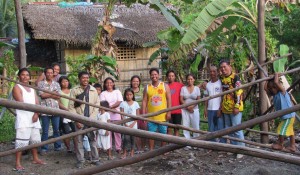 Yours in the hope of an ever-broadening influence,