Transformed for Jesus in Jail.

“That was the true Light, which lighteth every man that cometh into the world.” John 1:9.

Ever since I met Brother Eduardo Berganio, we have been communicating by texting on our cell phones. At times I visit them in their home to encourage them as they seek to keep the Lord’s Sabbath holy. They are in earnest as the keep God’s Holy Word found in the Bible. The Spirit of Prophecy is read and studied in this home. The family enjoys walking in the light that has been shown them through the Holy Spirit. There have been trials of their faith, but they look to Jesus and are conquerors through Him. 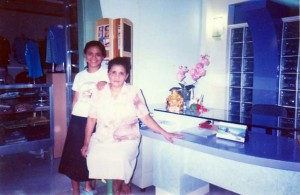 During my teenage years my friends and family called me “Balong.” This is the common name for our tribe, Ilokano. I am sad to say that I am the black sheep of my family. I have four sisters and three brothers. I chose not to listen to my family or anyone else when they warned me that I was going in the wrong direction in life. I was encouraged to stop drinking and hanging out with my bad friends. For me, my bad friends and liquor were my family. I felt that they alone made me happy.

I am not sure that I ever attended church.  I did not know if there was a true God or not.  I was happy and content in the world.  Hours, weeks, months and years passed, and I not only enjoyed the pleasure of liquor, but I started using marijuana. I enjoyed smoking. I felt I could not live without a cigarette in my hands. This was my life, simple and easy. Trials did not seem to be a part of my life.

I grew discontent with this simple life and started to use cocaine. This changed the way I acted. I became easily provoked, irritable and lacked patience. My friends and I enjoyed having fistfights while we were under the influence of cocaine. We called our group, Astig, which means brave. At times we would start a riot so others would fear our group.

In 1984, I was working in the rice fields. There was a man working there that did something that made me very mad. In my head a voice said, “Kill him.” I went to my uncle’s house and got his gun and returned to the rice fields. I shot this man. He fell to the ground, and slowly his breathing stopped.

I started running. I went to my parents’ home and packed some clothes and continued to run. The man that I killed had a wife and children, and I was afraid that they would send the law after me. I told my family where I would be hiding. I found out that this family had hired a professional killer and were offering a reward for finding me. My family informed me of all that was going on. I ran away and hid myself in a Muslim area. I acted as though nothing happened in my life. I continued with all my old habits and vices. My Islam friends joined me in these destroying habits. 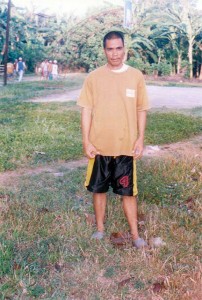 My relatives came once again and warned me that those seeking my life knew where I was. There were plenty of places for me to hide. This time I went to Kidapawan City in North Cotabato. I was able to live here many years. I have a brother that lives here. I had feelings of guilt, and when I saw the police I thought they were watching me even though they did not know that I had committed a crime. I continued to use drugs and even planted marijuana plants in the backyard of my brother’s place. I thought that by planting corn around the marijuana plants I could hide them. The marijuana was harvested and sold.
As time went on, I hurt a duck belonging to my sister-in-law. She took this opportunity to go to the captain of the Barangay (township) and tell him about the marijuana plants. The captain had me come to his office and asked me about the plants. In 1995 he came to my brother’s house and found the plants. I was convicted of growing marijuana and sent to jail.

In jail, I started playing cards and gambling and lost all the money I had. Dikyam, a Seventh-day Adventist elder, came to the jail. He had Bible studies with us. He explained that God loves even sinners. We would debate about Biblical things with each other. I believed some of what the elder taught, but I liked to argue with others. I enjoyed reading the Bible but chose to only believe what I wanted. I read, “He that believeth and is baptized shall be saved; but he that believeth not shall be damned.” I decided to be baptized. After baptism, I continued with my vices and eating as I liked, because I felt I was saved by being baptized and did not have to change my life.

After six years I was told I would be released from jail. I had pled not guilty to the marijuana charge. I was happy but felt guilty because of killing the man so many years before. I had recently started studying the Bible with some people that were coming to the prison. I prayed and asked the Lord what I should do. The Lord made it clear that I must confess. My case was determined to be homicide, and I was sentenced to eight more years of incarceration.
During this time I studied my Bible and Last Day Events. This time I was very serious and committed to keeping all that is in God’s Word. I was rebaptized. This time, even in jail, I went on to serve the Lord by being an evangelist where I was. I became ill when I gave up cigarettes, but God helped me through the illness. Some of the prisoners made fun of me, but God encouraged me to continue to share His love and truth with them.

On Saturdays, some of the Seventh-day Adventist church members would bring to the prisoners soap, toothpaste, and other items. I met a lady named Florita Generalao. On February 16, 2003, we were married. I was still in jail. She is ten years older than I am and has seven children. She loves the Lord and has given me good advice and has encouraged me from God’s Word when I have been discouraged.
I dedicated my life to my Savior and anxiously await His soon return.

In 2004, I was transferred to a different jail. Here I was able to work on a banana plantation for wages. This was a blessing as I could save money and would have money when and if I was paroled. At this jail, there was no place to worship, so I worshipped alone and studied. One night, I had a dream that I was standing on a piece of ground and it broke in two pieces. The piece of land I stood on was a distance from the other piece. I told my wife about the dream, and she had had the same dream. She said maybe I would get my parole. My wife had sent many letters to the president of the Philippines requesting my parole. The president granted my parole, and I was released. I had to report to the police station for two years. In 2008, I finished the two years. I am a free man.

I am so thankful to God for how he enlightened my life while I was in jail. He showed me how to go on the right path. I enjoy keeping the Sabbath and all of God’s word. I share with my family, but they laugh at me. I am not discouraged. I will continue to share all that the Lord has done for me.

By Tem Tem Piedraverde. Email: temtempiedraverde@yahoo.com. Support for the work in the Philippines can be sent to Mission Projects International, PO Box 59656, Renton, WA 98058.