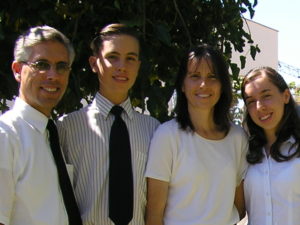 We have been praying for more ways to reach people more quickly and effectively. One idea was to reach thousands of homes and business with “under-the-door” printed literature and since our small group of believers cannot do all the work, and we know that time is short and we have little time left to finish the work, we began praying about a way to distribute the literature quickly. We decided to hire a secular company to help us distribute the tabloids door to door with their working task force of seventy young men. This project has already started in Mendoza, Argentina, the capital city of the province in which we live and work. The first phase of distribution is approximately 300,000 tabloids, distributed door to door. The cost of this distribution covering ten different cities is 21,500 pesos or $7,000US dollars and it only takes 10 days for them to finish the project. 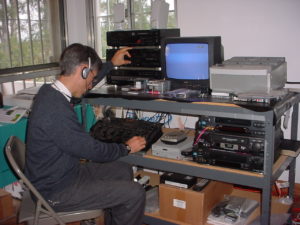 In combination with this active door-to-door work radio stations are offering to place our programs on health and Bible prophecy as part of their daily programs of 10, 20, 30 and 58 minutes. Prices vary greatly in relation to where each radio is located, but our main goal has been to place these present-truth programs in the larger metropolitan areas to impact and better cover the large cities of our country. The larger the city, the more expensive the half-hour program, but we serve and work for the Owner of the universe so that’s not a problem for Him. Yesterday we contracted with the FM Pentecostal Radio Station in Mendoza (a metropolitan area of approximately three million people) for three months, Monday to Friday night for one hour each evening. The cost is 1,000 pesos per month or $350US for twenty hours a month of present truth preaching!

Our goal is to reach not only Mendoza, but also other large cities such as Rosario, Córdoba, Mar del Plata and especially Buenos Aires where more than twenty million souls are living and the majority has not heard the everlasting gospel. Any monetary help is always welcomed since the work is never ending. May our Lord help us finish the work!

Among the many jobs God has shared with us to do is conducting personal Bible studies. This is a special blessing even more for the “instructor” than for the student. Many students tell us that in their whole life, up to the present, they have never heard anything like the truths they learn from the Bible. It always was there but they had no idea that it was so good, soothing and powerful.

New friends and brethren in Jesus Christ, after taking Bible studies for a year, are accepting Jesus as their personal Savior and Lord and have asked to be baptized according to the Bible command. God is awakening so many souls who boldly ask us to teach them all of what the Bible says for these end times.

One of our live radio talk programs is called “With the Bible in Your Hands.” After the initial greetings we open the phones and microphones to whoever wants to ask any heartfelt question. People start calling in with so many important questions that sixty minutes turns out to be no time at all. Even our listening audience tells us that it is too short a program-they want more, much more of the pure and plain truth.

All of this makes us think and long for Revelation 18:1 to become a reality very soon. I confess that when we are sharing God’s truth behind the radio microphones, with scores of people even youth and children calling in or sending in their questions via telephone messages, we tend to be a bit nervous and it overwhelms us. Our Lord has been good and our two-man team has grown to groups of five or six who go into each radio program to help share the message with so many hungry souls. 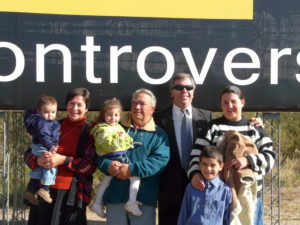 Oviedos family, owners of the land where a billboard is located.

Just to give you an idea of how God is working with His providence: the person who is doing the weekly program with me has been totally blind since 2001. He has not even been baptized yet and is still taking weekly Bible studies. He and his wife have asked for baptism. He still is willing to do whatever the Lord asks him and he is a very a effective missionary. Praise our Lord! Modern miracles are happening all around us and we praise God for what He is doing in behalf of those who really want to be saved. This dear brother, Néstor Oviedo, told me: “Brother Billy, God has called me to serve Him with all my soul and strength as a missionary and maybe He permitted my physical blindness in order for my spiritual eyesight to be eternally opened for His honor and glory since I did not know God and never had read or heard present truth before my accident.” We have to pray and praise the Lord for what He is doing in every one of our lives, since He is in the holy “business” of saving our lives and souls according to His eternal mercy! 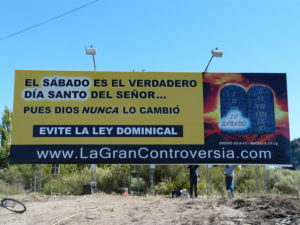 Billboard that proclaims the Sabbath truth in Mendoza.

The Missionary Road Billboard which states that “The Seventh Day Sabbath is God’s True Holy Day since He never changed it” and has a picture of the Ten Commandments with several supporting texts has been planted in Néstor Oviedo’s private property since he personally asked us to do it there. This has been a special blessing, first for us and for many thousands who daily are traveling to and fro on this national highway. God’s Memorial (this road billboard) is continually preaching by day and even by night since it was implemented with an electrical system of automatic lights.

Many friends and travelers have told us that they have never seen such a special billboard. No doubt Jesus is trying to speak to their hearts and minds with His truth. If God permits us to build more of these truth memorials for Sabbath, we would like to set up one in each major city. Currently we have two of these billboards. One is a double-sided one, which is located in Entre Ríos where we used to live four years ago, and the other is right here, twenty miles from where we live. This is similar to what Abraham did on his traveling, always setting up an altar for the Lord. May God help each one of us to be a human altar or as the apostle Paul said, “a living sacrifice.” Each one of these modern altars costs $5000US.

(Note: They are not rented. We are the legal owners of the whole structure, painted panels and lighting fixtures!) It is interesting to know that thousands of daily travelers not only pass by and read them but they even stop and take digital pictures with cameras and with cell phones. Large traveling trucks and tourist buses have made a special stop for their customers to be able to appreciate the whole painted and written message, which, no doubt, impacts profoundly whoever reads it. At least no one who reads it will be ignorant about the reality that God never changed what He has done or said in regard to the Sabbath day!

As you know and have read, our missionary needs are many and they are daily increasing. This is good. Our Lord and Savior, the Owner of the whole universe, knows it and has always provided much more abundantly than what we even imagined. But since we are still here (in this earth), we wanted to share with you and many others what God is doing so you can be united with us in praying to the “Owner of the Work” to send many more workers to cover the increasing missionary needs in order to finish the work in a few more months, yes even in short days! Let’s go home, our heavenly home to be eternally with Jesus and with all of you, our dear and beloved brethren!