A personal testimony of how God has led.

I grew up as a Jehovah’s Witness in the north of Norway, at a little place called Bleik. Here I was taught the Bible and the doctrine of the Witnesses that Jesus was only a created being. Jehovah is the real Creator, who is ready to punish all that do not do as He commands. 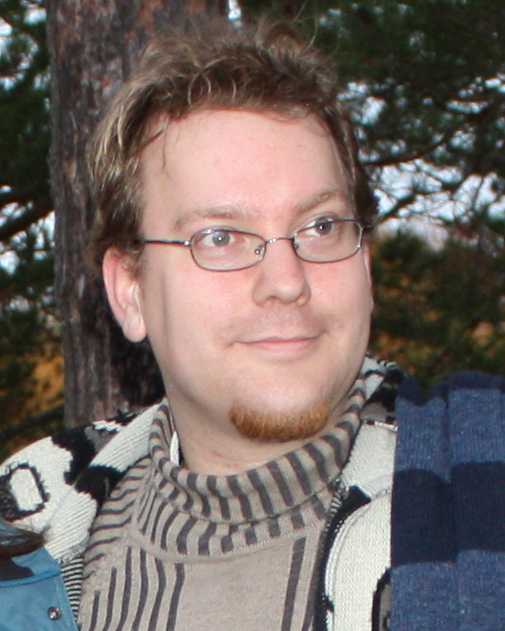 Ronny, whose life was changed.

When I was 14, I was baptized, not because I knew what I did, but because I did not want to disappoint family and friends. Some years later, at the age of 17, my eyes were opened and I got another picture of the organization. Unfortunately I developed some bad habits. I started smoking and watched demoralizing films, and I came more and more seldom to the meetings. Nevertheless I was gradually freed from the grip they had on my mind. When I was 20, I was excommunicated-an ex-member destined to death forever by an executive judgment board consisting of three elders: a painter, a cleaner and a carpenter.

Then I was sent into the world. I was a part of the world now, and it didn’t matter what I did. As excommunicated I could not reckon with God, for “He won’t listen to you,” I was told. And I really believed it-I didn’t know any better. For six long years I was out there, without any purpose or goal and my bitterness grew deeper and deeper. My earthly father stopped talking with me for almost two years for different reasons, while my mother still kept in contact, though on a somewhat superficial level.

In 2006 my interest for religion was kindled anew. I could not avoid noticing the fulfillments of prophecy. I began to visit the meetings of the Jehovah’s Witnesses again and was close to being received back as a member. But at that time my father invited me to stay with him in the Caribbean. There I discovered the true character of the system of the Witnesses, their teaching, their grip on their members and their exercise of power. I have to add that there are exceptions from the rule, but in human nature there is a tendency to misuse power and false religion is a mighty tool. After four months there, it was time to go back to Norway. I had to take a sad farewell from palms and sunshine and wish ice and snow welcome as I landed at Værnes airport in February 2007. I came home somehow disillusioned and disappointed over my new discoveries and began meeting my old friends again. I soon returned to my old habits. I started smoking again and the Internet took most of my time. I frequently visited a website called You Tube, where small film clips from private persons are posted and commented upon. Even though I was an ex-Witness I still defended the organization. Then one day in October 2007 I saw a comment by a Christian named Brian Lopez about the teaching of the Witnesses on Jesus Christ. I replied in the stone hard way I had been taught. It turned out to be a hot debate, and eventually I had to ask forgiveness. We became friends and started the whole discussion anew. A short time later I was convinced. I understood that Jesus Christ was my Creator and Savior and that He was God.

With great joy over my new discovery I opened the Bible. Now I read it with new eyes. For the first time in my life I was aware of how important it was to let God lead in the study of His Word and that spiritual things must be discerned spiritually. With this assurance I examined several explanations of what it means to be a Christian. I looked into different doctrines, as eternally burning hell, the immortality of the soul, once saved always saved and whether you go straight to heaven at death. During this time I also found out that God’s law is still valid, even though many Christians claim that we do not have to follow anything of what is written in the Old Testament. I was reminded of the words of Paul in II Timothy 3:16: “All scripture…” In fast succession I discarded many of the so called Christian traditions. I asked myself questions like: Why can a God of love torment people eternally? Why does Jesus in Matthew 5:17 say that the law is not abolished while many Christians claim that it is done away with? Who is right, God or man? The words of Peter came to my mind: “We ought to obey God rather than man.” (Acts 5:29)

I was surfing the internet more and more, and all the time I bumped into new explanations of the prophecies of the Bible, from preterism to futurism and eventually the historical view. Through Christian preachers such as Doug Batchelor, Walter Veith, David Asscherick and others, I was made aware that God’s holy Sabbath was to be kept from sunset Friday to sunset Saturday, and I started keeping the Sabbath in my way. I watched a video from Doug Batchelor called “The Final Events” and found it logical. The verses read were not taken out of their context, and it impressed me strongly. Still I did not know that the people I listened to were Seventh-day Adventists, but as I defended my newfound beliefs, I was continually asked whether I was an Adventist. The thought struck me that this was a kind of sickness, and I took the diagnosis as an offence. My new faith and conviction was strong, though, and when I for the first time found out that the music, sermons and seminars I had followed were made by Seventh-day Adventists, I was convinced that God had lead me to this movement. I met a lot of resistance. People from the Internet claimed that the Seventh-day Adventist Church was an evil cult that would not be saved. My mother said that the SDAs were apostate ex-Witnesses that had left them many years ago and that Ellen White was a false prophet. But I stood firm. I knew that God had led me all the way, and I realized that if the Seventh-Day Adventists did not have the truth then the Bible was wrong.

Our Need of the Holy Spirit in Soulwinning
“As none can repent of their sins until they are convicted, the necessity of uniting the Spirit with us in our labor to reach the fallen is apparent. All of our human abilities will be exercised in vain unless we are united to the heavenly intelligences. It is through the lack of knowledge of the vitalizing truth, and the corrupting influence of error, that men are fallen so low, sunk in the depths of sinful degradation. Angels and men are to work in harmony to teach the truth of God to those who are unlearned therein, that they may be set free from the bonds of sin. It is the truth alone that makes men free. This liberty, this freedom through the knowledge of the truth, is to be proclaimed to every creature.” Ye Shall Receive Power, 166.

Through the Internet I found the Adventist Church in Norway. I called the Union and asked for the closest Adventist Church in the area where I lived. I got the phone number of Pastor Bengt Fjellberg. One day I called him, and we spoke about faith for two hours and found out that we agreed on everything. I shared this with my two friends who had also accepted the Sabbath. As we now were three Sabbath-keepers in Narvik, Bengt came from Sortland to speak to us. The 26th of April, 2008, I was baptized, about half a year after I became a Christian. Through a miracle I was able to attend the European Bible School and the rest is history.