What a special and tremendous privilege (and spiritual responsibility for the salvation of so many precious human souls) we have, as God’s end time people to rise up and shine with and for Jesus as the prophet Isaiah says in Isaiah 60:1-3. In reality we have been slumbering too long. We have no time to lose. We have to pray, work, study, humble ourselves and learn to do this over and over again until we hear the loveliest words from our Savior King, “Well done, thou good and faithful servant: thou hast been faithful over a few things, I will make thee ruler over many things.” It is said that Martin Luther many times told his pupils that since he had so many things to do that day, he had only the time to pray for four hours. Can you imagine? We sometimes think that 10 or 20 minutes is a long time to pray, but God’s prayer warriors knew what it meant to be in God’s Holy presence, crying and seeking His holy will, His holy ways and paths. 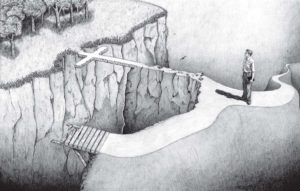 God has been good and always is working in behalf of the salvation of his dear children. Our family came down to South America from the United States in 2003 as lay Seventh-day Adventist missionaries to serve in Uruguay. We then moved to Argentina where we have been living ever since. One of the reasons we came was to help distribute two missionary tabloid-filled containers that arrived to Montevideo, Uruguay’s capital city. We had been praying for eight years, asking our Lord to open many shut doors in Argentina. We longed to see the light of truth entering and blessing the south cluster of countries (Argentina, Uruguay and Paraguay). Customs offices and people’s hearts have been closed for many years, until one miracle followed the other in a rapid succession of incredible demonstrations of what God is willing to do in His own timing. He knows what is best for the salvation of His dear souls.

Customs in Argentina had told us that we would have to pay approximately $8,000 for each twenty-foot container even if their contents were sent as a missionary donation for free distribution amongst the Argentinean people.

After much prayer we decided again to attempt to get the containers released. We had been advised to submit the necessary paperwork in stages, never all at the same time, but I got mixed up and presented all the papers and documents at the same time. When I realized what I had done I could not ask for them back, so I prayed a silent prayer, very similar to what Nehemiah prayed in front of the king of Persia. In less than five minutes, all the papers came back to the front desk signed and authorized by a high governmental customs official stating that our three containers could travel into the country without a charge of any kind. They were cleared to enter and travel immediately! Finally the line of miracles were unleashed and we cleared customs in less than 20 minutes without paying a single cent, something that many of us had been praying and waiting for more than eight years but did not know how God would put it all together!

Once inside the country the distribution started immediately. Young and old alike were so thankful to our Lord. The distribution took our brethren to the highways and byways, to city and village, central plazas and house to house. A few of our most bold lay missionaries crossed the organized religion boundaries and shared our present truth literature with evangelical pastors and at local Catholic and Protestant churches, youth gatherings, Billy Graham ecumenical crusades and many other gatherings. Many hundreds of thousands of these pieces of literature have been distributed in many provinces in less than four years, and not only in Argentina but also in Uruguay, Paraguay and Chile.

On one occasion, a young man (not even a baptized member) was helping with the distribution at a large evangelical crusade held in Asuncion, the capital city of Paraguay, and was stopped from distributing God’s end-time tabloids by a group of armed police officers. They began interrogating him about what and why he was doing what he was doing. The sad part is that the person accusing our helping friend to the police was a Seventh-day Adventist administrator. How sad and what a shame! Our young unbaptized brother told the police officer how good all the printed information was for the youth and for families during the difficulties many are facing in the present time. When this young man was “preaching” to the police force, the national syndicated television and radio stations gathered around the scene and started filming and transmitting via their television and radio waves what was going on. Our friend turned around and looking straight into the cameras shared openly some of God’s present truth from the tabloids, showing and explaining to thousands, via television, what God wants all to know before it is forever too late. The police publicly congratulated our friend and told him, “Keep up the good work you are doing. We will take care of you.” And when the accuser of the young man came along later to ask the police why he was still distributing “that garbage” as he called our missionary tabloids, the police grabbed him by the arm and told him to stop doing what he was doing or else they would have to take him in!

Here in Argentina, a few radio commentators and newscasters have been reading and sharing with their large audiences portions from our Health for the Nations and Prophecy & World History tabloids. God’s promises are rapidly being fulfilled. Jesus is coming soon! Many universities and secondary schools have read and commented, in their classrooms, on our truth-filled literature.

One of our local congregations of twenty-five members has been going out door to door every Sabbath afternoon for several months. They have continued to broaden their area of coverage until now we have worked about one fifth of our province. We still have four fifths of our province plus many more provinces to cover with this truth-filled literature. We also want to spread the coverage of our thirty and sixty minute radio programs which we produce with sermons, children’s programs, youth themes, natural health talks and godly inspirational music for local and national radio stations. We are currently on some stations daily and others once and twice per week. We are praying and asking our Lord how to reach more, sooner and more effectively.