Sometimes things do not happen the way that we think they should, but then it is that the Lord is teaching us trust. Philip had been led by the Lord to Samaria, and his worked was crowned with great success. “Then Philip went down to the city of Samaria and preached Christ unto them. And the people with one accord gave heed unto those things which Philip spake, hearing and seeing the miracles which he did.” “But when they believed Philip preaching the things concerning the kingdom of God, and the name of Jesus Christ, they were baptized, both men and women.” Acts 8:5, 6, 12. In the middle of this highly effective outreach effort for the Master, Philip was called away to the desert! “And the angel of the Lord spake unto Philip saying, Arise, and go toward the south unto the way that goeth down from Jerusalem unto Gaza, which is the desert.” Acts 8:26. Why was Philip called from those in need of his labors to a desert path? Why was Philip required to make an eighty mile trip with no destination? I imagine that Philip questioned why God had so directed him-it made no logical sense; but God knew what He was doing. God had a searching soul that needed a message from heaven right at that time; and through that solitary baptism in the desert, the gospel was carried to Ethiopia! Many times when we do not understand how or why events are transpiring; God is orchestrating events behind the scenes to accomplish His grand design. May we learn the lesson of implicit trust when the providences of God are clearly seen as well as when they are enshrouded in mystery. 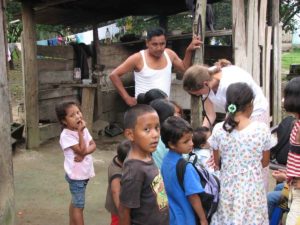 Pastor Mike Bauler and his family have just recently returned from a mission trip to Belize where events did not transpire as anticipated, but the hand of Providence was clearly seen. They had traveled to the southern town of Dangriga to hold health and gospel evangelistic meetings, but the Lord directed them to the smaller mountain village of Santa Marta. In this village, people flocked to the free health education and consultations and were then invited to a nightly evangelistic program. At first, it was hard to understand why the alteration of the original plans to this mountain village, but just like Phillip’s desert diversion to minister to the Ethiopian eunuch, they soon met a family that God had directed them there to meet. In their association with the people of the village, they met a young man who invited them to come and visit them in their home. As they came to visit this family, a remarkable spiritual journey unfolded. Todd & Noreen (the parents) had been living in the United States when they heard a message that they needed to get out of Babylon. They had not been particularly religious, but they started studying the Bible and attending a Protestant church with a friend. The more they studied, the more they realized that this church was not following the Bible teaching. So they stopped attending church, but continued studying deeply into God’s Word on their own. While they were studying, they found the book National Sunday Law. As they read this book and compared it to the pages of their Bible, they started keeping God’s Sabbath day. As they continued studying this book, they discovered that the United States would be prominent in enforcing Sunday observance. With this in mind they began preparing to leave the United States so that they could be freer to keep the Sabbath, and thus they ended up in Santa Marta, Belize. They had 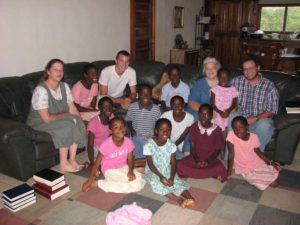 immediately followed their convictions of duty and were obviously desirous to learn more truth from the Word of God. During the visit, the book Great Controversy was mentioned. This family recognized this book and asked how they might receive one of these books to study for themselves. They had heard of this book from a Mennonite man (now keeping the Sabbath, too) who had told them that they must get this book. This book, along with others, is now on its way to this family earnestly searching for the light from heaven. How many others are there like this faithful family? “All over the world men and women are looking wistfully to heaven. Prayers and tears and inquiries go up from souls longing for light, for grace, for the Holy Spirit. Many are on the verge of the kingdom, waiting only to be gathered in.” Acts of the Apostles, 109. May we follow God’s providential leadings that we may be led to the “Ethiopian eunuchs” along our way!

Your brother in ministry,