A Sunday-keeping pastor prays for an electrical blackout to stop the Adventist meetings.

While resting in my home one evening, I heard what sounded like preaching coming from the other side of the village. Stepping outside, I called to my neighbor, “Why do I hear preaching? What religion is that?”

“The Seventh-day Adventists brought a preacher here,” he answered.

Returning inside, I listened to the pastor’s sermon in sulky silence. Why must the Seventh-day Adventists preach in my village? After all, I thought that the Church of Christ—where I was a pastor—was the only true religion. I started thinking about how to warn my members. I would read them Matthew 24:4, 11: “Take heed that no man deceive you. . . . Many false prophets shall rise, and shall deceive many.” 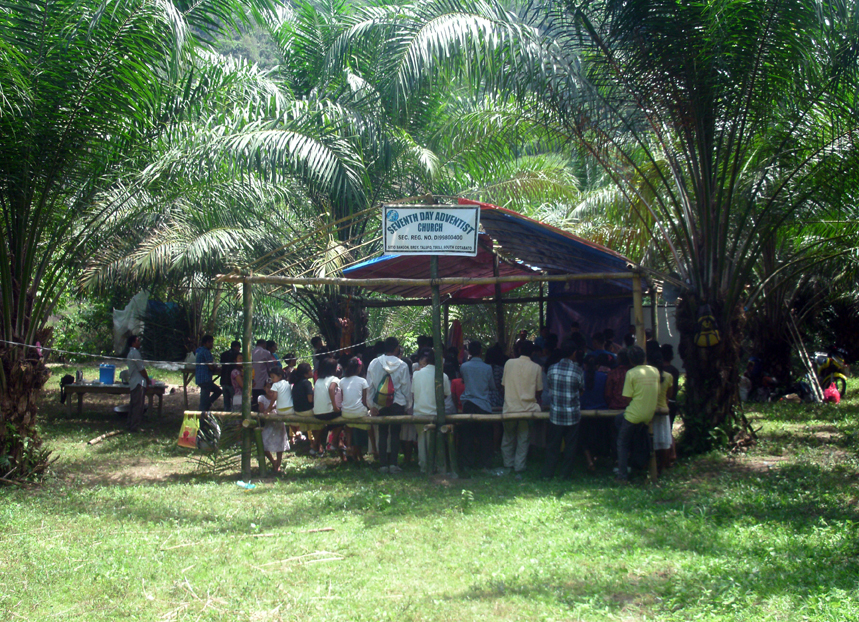 A Sunday-keeping pastor prays for an electrical blackout to stop the Adventist meetings.

But before I had a chance to speak with my members, Pastor Temtem visited them in their homes. I told them not to listen to him; yet when I passed by the evening meetings, I saw my members attending. Even though I tried to avoid the meetings, I could hear them all over the town. I began to pray that the sound system would break or that we would have an evening blackout.

On the sixth night of the meetings, Pastor Temtem preached about the Ten Commandments. That evening, I thought God had heard me, because the power suddenly went out. Yet much to my chagrin, the preaching continued. The Adventists had brought a generator!

Because of the blackout, almost everyone who had been at home watching television made their way to the meeting and listened to the gospel. As I watched them go, I felt angry, worried and frightened.

At the end of the meeting, Pastor Temtem spoke about the Sabbath. I decided to go and ask him some questions. With patience in his eyes, he answered my objections from the Bible. The next morning, he visited me and we talked about the Seventh-day Adventist doctrines. He told me that I should pray for the Lord to guide me and help me understand the true message—and that is what I did. Sometimes I would be up at midnight praying and studying the verses Pastor Temtem had given me.

Before long, I began teaching about the Ten Commandments and the Sabbath in my Sunday School. I told my congregation that obeying the Lord is the best way to be part of the real church of Christ. After that, my co-minister told me I would not be allowed to teach at my church anymore, and that I would have to join the Seventh-day Adventist Church. I praise God that my family and some of my church members decided to transfer with me. 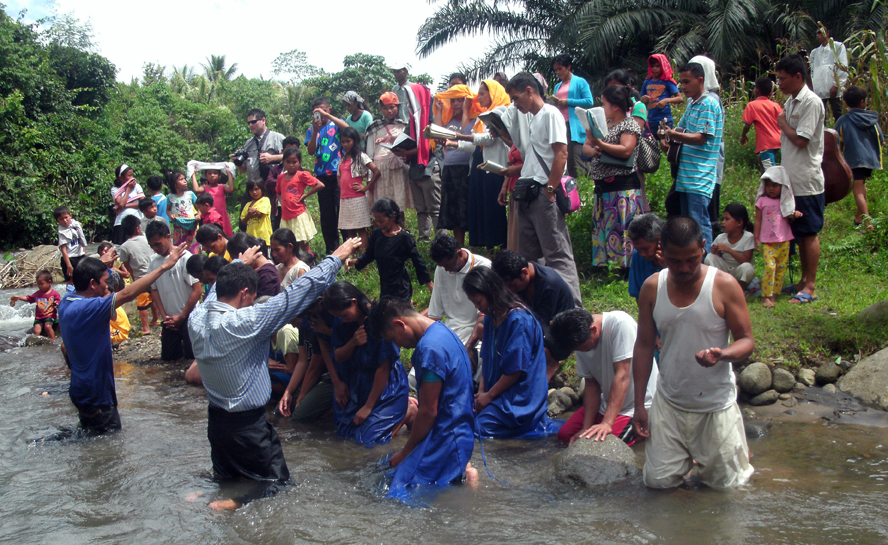 When Pastor Temtem visited again, we talked about building a church for the new congregation raised up by his meetings. With the help of another Seventh-day Adventist fellowship, we purchased a lot and put up a temporary bamboo structure covered by a tarp. Pastor Temtem appointed me to preside over this new congregation. Some people made fun of us for leaving a beautiful church to worship in the open air, but we remembered that Jesus blessed those who are persecuted for righteousness’ sake. Matthew 5:10.

This spring, Pastor Mike Bauler visited our village and for three nights he preached on the mark of the beast and other topics. His messages strengthened my beliefs. On Sabbath, March 11, 2017 my wife and I and several others were baptized.

This world is full of trouble and challenges, but with God’s help we can overcome. When Jesus comes again, we look forward to living in Heaven with Him!

Brother Jerry pastored in the Church of Christ for 21 years before becoming a Seventh-day Adventist. He and his wife Minda have four children. To support them, Jerry drives a motorcycle taxi.

Pray for funds for a permanent church to be built for Jerry’s congregation.

Because of your donations, Mission Projects International was able to help build a church last year in the town of Bauy-Bauy, which is in the same Philippine province as Jerry’s village. Thank you!