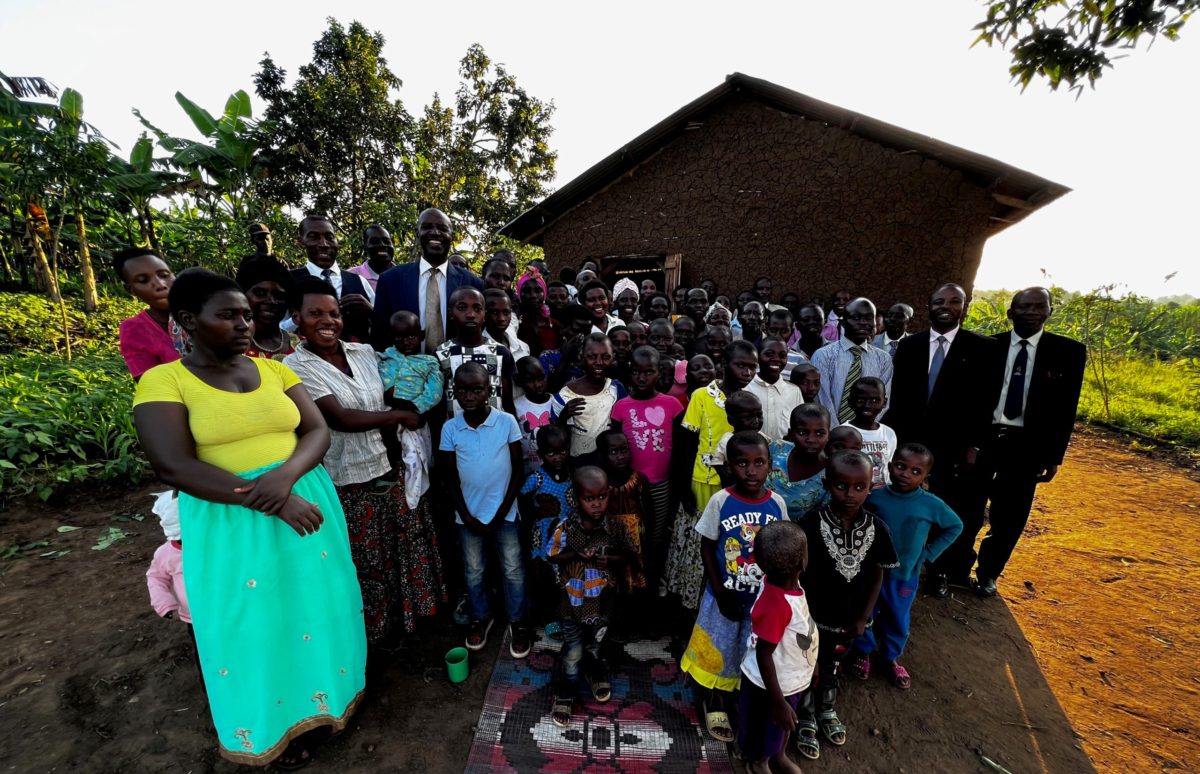 “The knowledge of the art of relieving suffering humanity opens doors without number through which the truth can find lodgment in the heart, and souls are saved unto life, eternal life.” Ministry to the Cities, 129. Through the kindly deeds and persevering labor of Derrick, a young nurse in Uganda, an entire Pentecostal church has embraced the Three Angels’ Messages!

Through his tender physical care, Derrick ministered to the patients in the clinic where he worked; but beyond this, he did something more: He offered prayer with all those who would allow it. He could see that many of his patients needed spiritual nurturing as well as physical care, and he wondered if some who had prayed with him would also be willing to study the Bible with him in their homes. After praying about his idea, he felt impressed to move forward.

After work one day, Derrick set out to find some of his former patients. Walking for miles, he came to Kakinga Village, where he found a lady he recognized from the clinic. “How are you recovering?” he asked. “Would you like to have prayer and perhaps read the Bible together?”

“Yes, come in!” she exclaimed. “I have many questions about the Bible.” After their Bible study, the lady was so delighted to have some of her doubts and questions about God answered, and so impressed with Derrick’s knowledge that she went to her pastor and asked him to let Derrick to present a message at the church. The pastor agreed, and Derrick chose a topic that he knew all could agree on: the gospel. The congregation enjoyed the message so well that they invited Derrick to come back again the next week, and this time, he preached on a deeper subject. The congregation kept inviting him back, and step by step he led them through the first, second, and third angels’ messages.

One Sunday, about 15 of his listeners came to Derrick and told him that they were convinced that Saturday is the true Sabbath and that they would no longer worship on Sunday. Derrick didn’t know where they could worship, since the nearest Seventh-day Adventist church was more than 15 miles away—too far for the villagers to travel. When Derrick asked his district pastor for advice, the pastor decided to organize a branch Sabbath School for these new Sabbath keepers. But then, those 15 converts started visiting the others from their church who still worshipped on Sunday—and each Sabbath, more and more of their friends joined the branch Sabbath School, until the entire church had converted. Together, they committed to obey all of God’s commandments!

Just a few weeks ago I met with this formerly Pentecostal group that has now embraced the Seventh-day Adventist message. Even though their pastor rejected the Biblical messages and asked them to vacate his church building, all of the people have committed to being baptized!

The work in the southern field of Uganda is exploding, and you can help build churches there and hire more Bible workers to reach the masses by marking your donations “Uganda Churches” or “Uganda Bible Workers.” Thank you for your continued support!

Yours in reaching the lost!