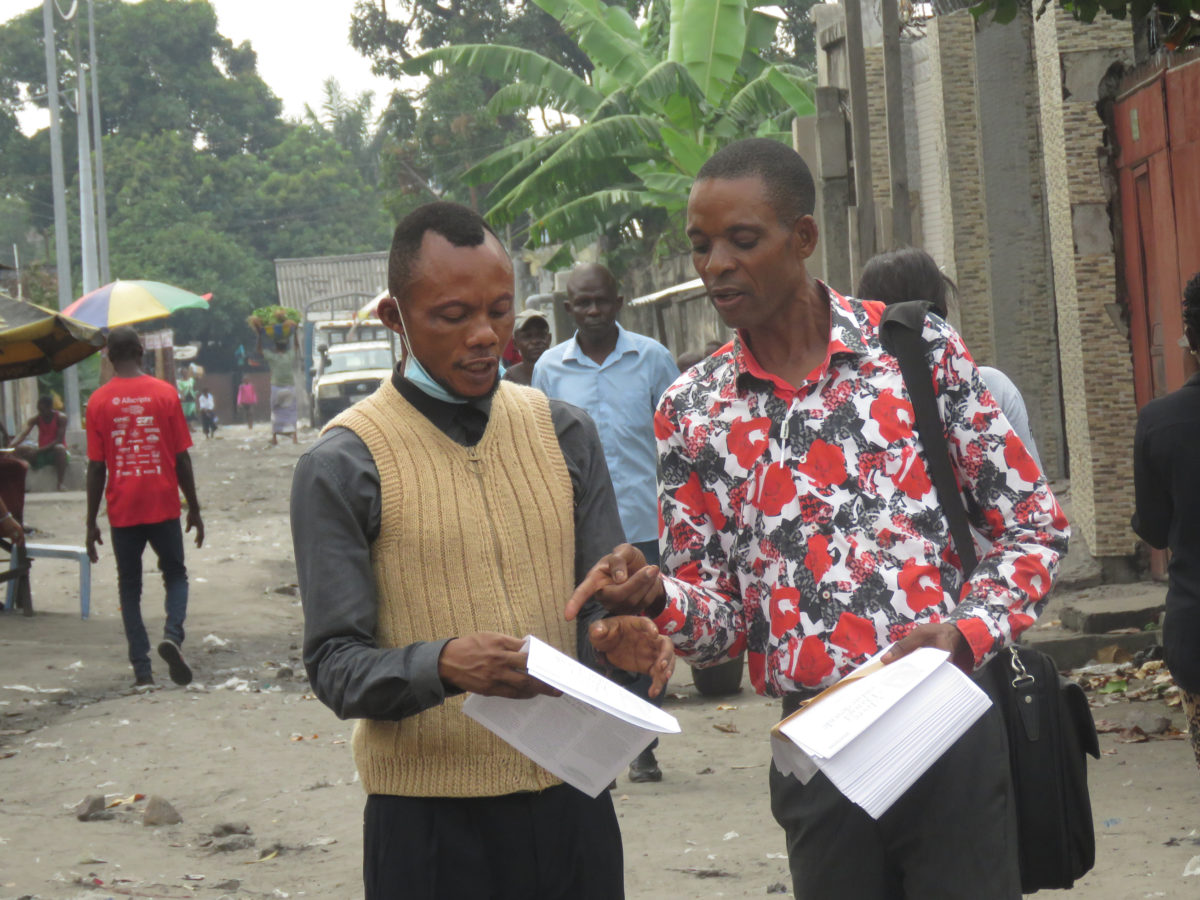 An avid Qur’an instructor becomes a Bible teacher instead.

Of the 87 million inhabitants of the Democratic Republic of Congo, 10 percent are Muslims—and Sheik Willy Daudi was born among them. Even as a child, Willy soaked in the words of the Qur’an and dreamed of leading many people to Islam. Willy read religious books with a passion, and he became a strong leader at his local mosque, teaching the Qur’an and inviting even Christians to study with him.

One Friday while riding the bus, Willy met a young man reading a book called The Acts of the Apostles. “May I read your book until the next bus station?” he asked. By the time they reached the station, Willy had become so engrossed in the book that he asked if he could buy it.

“I don’t want to sell my copy,” the young man said, “but you can buy your own at the Adventist book store in Lubumbashi.” The following day, Willy went to the bookstore, only to find it closed. As he stood there, puzzled, a nearby street vendor offered an explanation: “Adventists do not do business on Saturdays because of their faith.”

Willy scratched his head. Who were these Adventists and what did they believe? Were all of their books as interesting as The Acts of the Apostles?

Soon after, Willy moved to Kinshasa for business. Annoyed by the COVID-19 lockdown, he decided to at least go outside and walk the street. There a smiling lady approached him. “Would you like to spend your lockdown time studying the Word of God?” She handed him a brochure.

Willy looked over the pamphlet. “How do I sign up?” The lady led him to a tent where he registered for the studies. At the tent, he learned that this was Seventh-day Adventist literature. How exciting!

It took Willy 26 days to go through the 26 study guides and quizzes. After the lockdown lifted, he proudly attended the graduation ceremony and received a study Bible and The Great Controversy. Willy took his time reading The Great Controversy and going through the 80 additional studies provided in his Bible. One of the Bible workers in the tent answered his many questions and helped him to see the truth about Jesus and his church. At length, Willy decided to give his life to Jesus and be baptized. Even though his wife and daughters still lived in Lubumbashi, Willy studied the Bible with them every day via video call, and eventually connected them with an Adventist pastor nearby. Soon his wife and both his daughters also accepted Jesus and were baptized. They are looking forward to joining Willy in Kinshasa!

After his baptism, Willy attended a 6-week Bible worker’s training program in Kinshasa and began leading more people to Jesus. He now works under a tent himself, sharing the Voice of Prophecy lessons and answering people’s questions. His goal is to plant an Adventist church in Kinshasa County, one of the 24 counties of the city where there is no Adventist presence.

Already 15 people whom Willy led to Jesus have been baptized. He has more than 50 students enrolled in studies, and they gather three times a week to go over their lessons. Willy has built his own team of workers from among the new believers to help him give out study guides, correct quizzes and visit students at their homes. Soon Train Them 2 Fish will hold a special graduation ceremony for Willy’s students. Please pray for Willy, the former sheik, to continue to be a mighty witness for Jesus!

How You Can Help
Pray for the Train Them 2 Fish team as they train Bible workers.

Pray for Willy as he shares his newfound faith with his old friends and family.

Give. For $90 a month, you can sponsor one tent worker—and just $80 buys the tent! Mark your donations “Congo Evangelism” or “Congo Bible Workers” and send to:

Thank you. Your gifts already support 24 Bible workers in Congo. As funds allow, we hope to hire another 10 Bible workers soon. Thank you so much for your support!