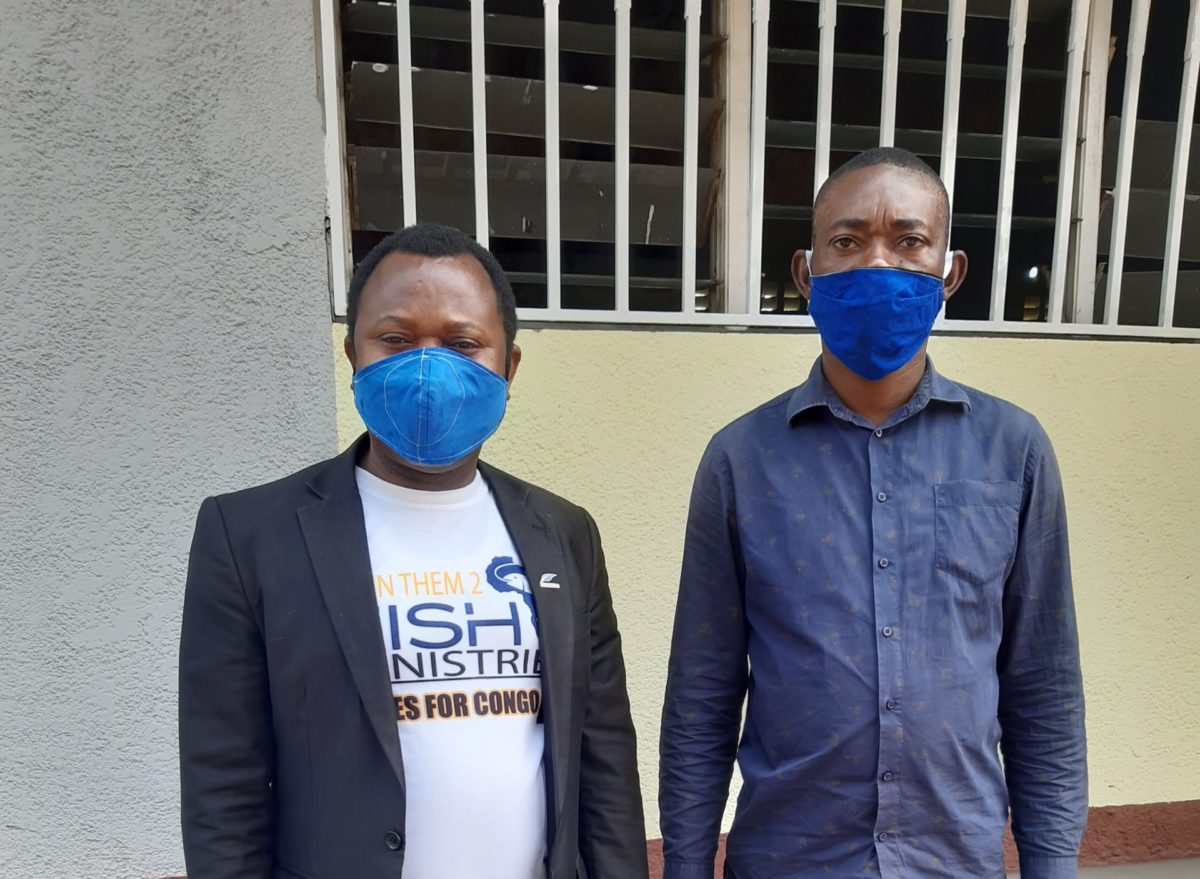 Jordan grew up as a pastor’s kid in a small town, and he loved it. In fact, he wanted to attend the Baptist seminary and become a minister just like his dad.

Upon completing primary and middle school, Jordan moved to the city of Lubumbashi to attend a good Baptist academy. Lubumbashi hosts an army base, and Jordan frequently saw soldiers in town. Something about them attracted him, and a desire grew in his heart to join the army. He felt confused, however, because he still loved pastoral ministry. Also, he thought that joining the army might mean being implicated in bloodshed, drugs and immorality. Still, he loved to see the soldiers and he wanted to be like them.

During a school break, Jordan talked to his dad about his conflicting desires. His dad told him that the army is not synonymous with evil, and that perhaps God wanted him to become an army chaplain and serve as a pastor for the soldiers. Then he prayed with Jordan, asking God to lead him and help him to be faithful and work for the Lord. Jordan went back to school with confidence in his calling as a missionary to the Congolese Army.

After his high school graduation, Jordan joined the army. In only a few months, he was selected to join a special security unit for the president, and he moved to the capital city. There he found a chaplain training program, and requested permission to join it while still serving in security. After his graduation, the Baptist Church anointed Jordan as a chaplain evangelist in the army, and Jordan became one of the leading chaplains in the presidential security unit.

Jordan’s journey to the full light of truth began when Train Them 2 Fish put up a Bible study tent on the military base where he worked. Bible workers in the tent talked with soldiers about a 26-part Bible study program that they could enroll in and earn a new Bible. Out of curiosity, Jordan came into the tent to learn more about the program and find out which church was in charge. He had never heard of Seventh-day Adventists before, so he asked the Bible workers many questions about their church and its name. Finally, the Bible workers told him that most of his questions would be answered in the 26 Bible study guides that they offered.

Jordan took his time going through the lessons, thoroughly studying each one. “The Bible seems like a new book to me,” he told one of the workers. He had never known about the ministry of Jesus in the heavenly sanctuary, the audible and visible second coming of Jesus, the health message, the seventh-day Sabbath, the Three Angels’ Messages, the millennium in Heaven or the remnant church. “It seems confusing to have learned these truths through the work of ordinary people on the sidewalk, when I have been through ministerial training,” Jordan said, “but I thank God that my father encouraged me to serve as an army chaplain. It was God’s way of guiding me to further light!”

Even though it was hard to leave his position and privileges behind, Jordan began attending the Seventh-day Adventist Church every Sabbath. After two more months of Bible studies, Jordan was rebaptized. Although he lost his paid position as a Baptist chaplain, Jordan still serves as an army missionary. Today he shares his new faith with other soldiers as a volunteer!

How You Can Help
Pray for the Train Them 2 Fish team as they train Bible workers to penetrate the dark regions of the Congo.

Pray for Jordan as he shares his newfound faith with fellow soldiers.

Give. If you would like to help reach souls in the Democratic Republic of Congo and beyond, mark your donation “Congo Evangelism” and send it to: