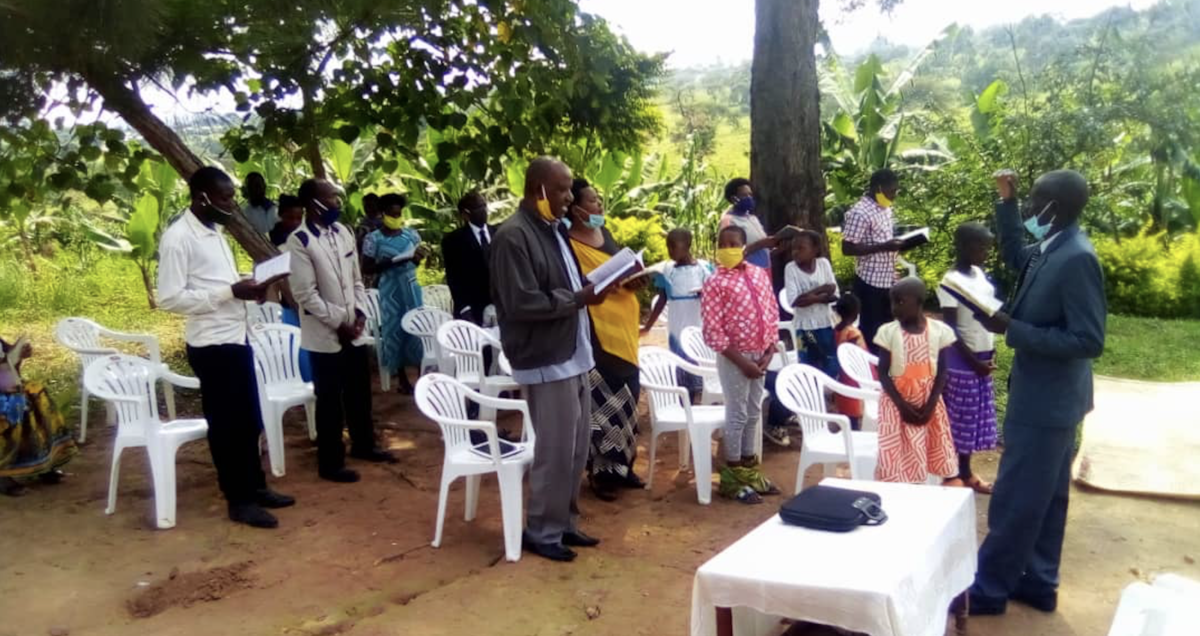 When a father’s sacrifices are lightly regarded, God’s servant helps to relieve his sufferings.

When Mordecai’s wife died in the early 1990s, leaving him five daughters and three sons, Mordecai promised himself that he would give his children the best life that he could as a single father. While earning his livelihood as an Anglican clergyman, Mordecai carefully managed his resources so that his children could get a good education, including college. Although he had milk cows, he denied himself their milk so that he could sell it to pay for tuition. One by one, he sold his off cows to meet school expenses.

When at last he could see the fruit of his sacrifices, with his children highly educated, employed, and successful, Mordecai decided to remarry. His sons and daughters opposed his decision to bring another woman into the family. Mordecai had property which they hoped to inherit—and they did not want to share it with another woman.

Mordecai got married anyway, but his children’s hostility toward their stepmother marred their life together. When children were born to his new wife, Mordecai, now retired from the Anglican Church, moved his family to a new location where they could find peace.

Without his land to cultivate, Mordecai had a hard time supporting his family. The Anglican Church had not offered him a retirement plan, so he and his wife and children had to work in other people’s gardens for their food and basic needs. Now an 80-year-old man, Mordecai has become too weak for hard labor.

Mordecai’s adult children are very rich. One of them is even a professor at a private university, and yet none seem to care about their father’s sufferings. But God saw Mordecai’s need, and brought it to my attention. My wife and I began to share our food with these helpless servants of God, who have served their Master according to the light they have. When Mission Projects International sent relief funds, we helped this family and other families who were badly affected during the COVID-19 lockdown. We also provided free tuition for Mordecai’s young children at Maranatha Primary School.

Ever since we began to help, Mordecai has been coming to our home every Sabbath to worship with us. “Will you go back to Sunday worship when the lockdown is lifted?” I asked him one Sabbath.

He shook his head, “I have seen where the truth is. God’s true church is one that cares for the life of people. I find no example of Jesus in our church,” he sighed. “My wife and children would be coming to worship with me, but I fear to break the lockdown regulations.”

It hurts me to see a father who gave his children all the care they needed to succeed, now suffering the way Mordecai is suffering! Whenever I see his professor son driving his nice car when his father doesn’t even have a bicycle, it grieves my heart. I have heard that this son is highly respected in his church! Has it ever occurred to this young man that it is his father’s sweat that he is enjoying? I pray that Mordecai’s sons and daughters will come to their senses and help to relieve their father’s suffering—and I ask you to join me in praying for Mordecai’s children. I am planning to visit the son who is a professor. Pray that God will go ahead of me so that his heart will be softened to listen to my words.

Author
James Musinguzi is a retired pastor who keeps active in evangelism and church planting.

How You Can Help
Pray for God to provide for Mordecai and his family, and to lead them into the full truth of the Bible.

Give. Needs in Uganda include new church buildings and church planter support; these gifts can be marked “Uganda Workers” or “Uganda Churches.” To relieve cases of suffering such as Mordecai’s, mark your gifts “Poor Fund.” Send donations to: