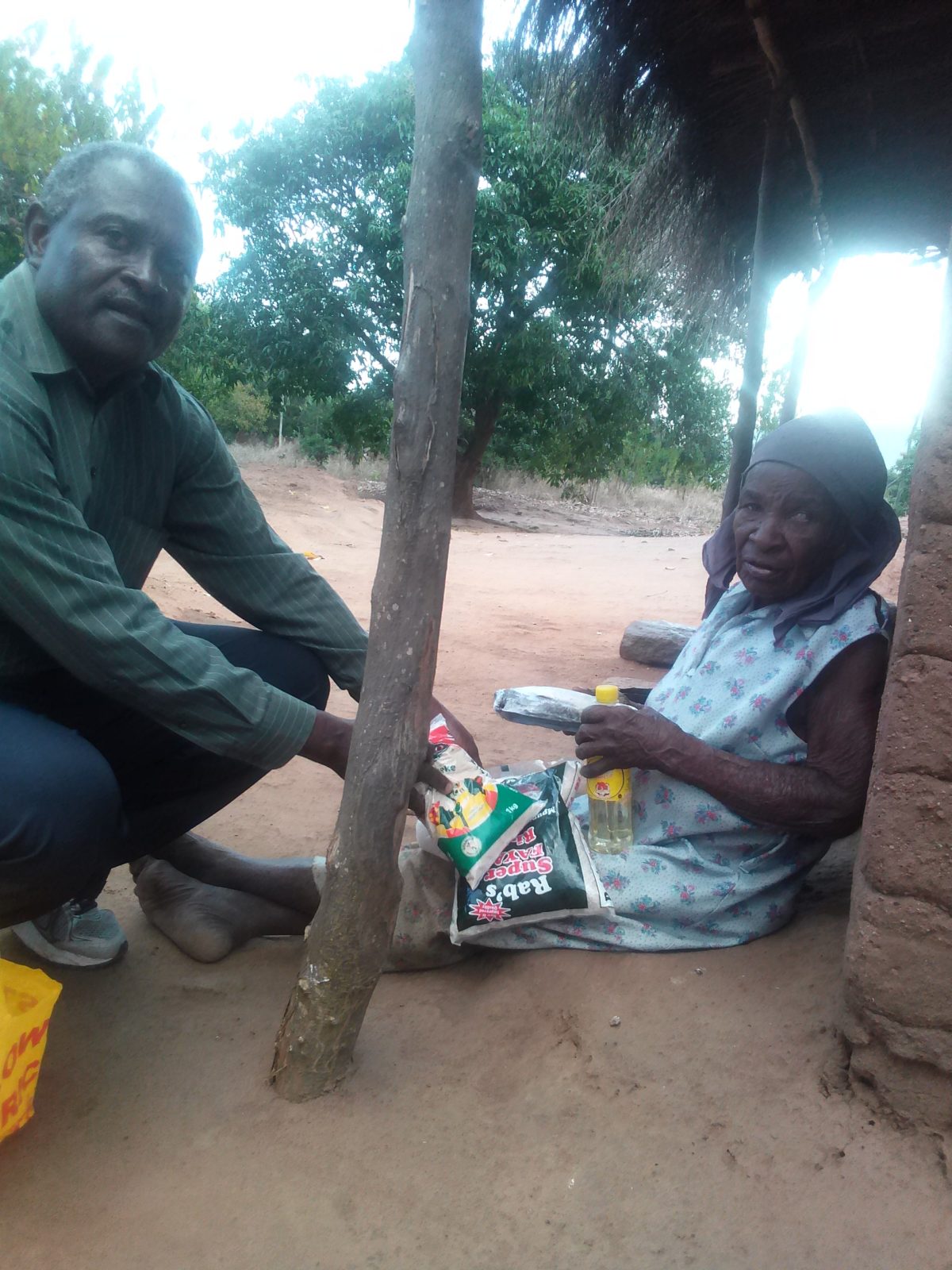 “To stand in defense of truth and righteousness when the majority forsake us, to fight the battles of the Lord when champions are few—this will be our test.” Testimonies, vol. 5, 136.

Even though President Chakwer of Malawi has closed Malawi’s borders and restricted the movement of its citizens due to the rising numbers of COVID-19 patients, the work is steadily moving forward by God’s grace! Golden Lapani and his team of Bible workers are busy going from door to door distributing food to the hungry and clothes to the needy, all the while giving personal Bible studies to the searching. God gave Brother Golden an abundant harvest this year from his farm, and he believed it would be “more blessed to give than to receive.” Acts 20:35.

Golden and the Bible workers have been doing house-to-house labor since the beginning of the pandemic and have found many people who needed help in one way or another. They started by going out into the surrounding towns and villages giving food and clothes to the less fortunate. They thought this would be the entering wedge to be able to speak with people about the gospel. Not satisfied that they had done enough in the community, Golden and his team then began distributing books and tracts to see if any were interested in spiritual things.

As they worked, Golden and the workers prayed that God would lead them to those who were seeking the truth. While out distributing tracts, Golden came upon a Muslim family. He shared some corn with this family, which they appreciated, and they took a book. Golden asked if they would like to have personal Bible studies. Reluctantly, they accepted the offer, possibly thinking that it would be impolite to refuse. The following week Golden started Bible studies with the whole family. The studies went well until a decision needed to be made about the testing truth of the Sabbath. The mother and father flatly refused, telling Golden that they will always be Muslims. But their daughter, Tamasha, stood to her feet and declared before the whole family that she was giving her heart to Christ and that she would keep the Sabbath! Tamasha has been disowned by her family and driven out of her parents’ house for making this decision. Golden opened up his home and gave this brave young lady a place to live.

These types of stories are happening all over Malawi! Please pray for Tamasha, who is now witnessing to her parents about the gospel message. If you are impressed to help out with the work in Malawi, mark your gifts “Malawi Workers.”

Yours in standing alone!