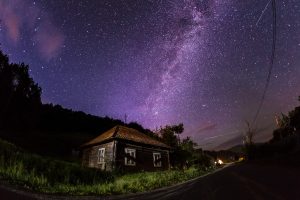 A man in disguise saves a Congolese pastor’s life.

As the sun set over Congo’s jungle, a car pulled up to Thomas Ongasa’s country home. To his envious, watchful neighbors, the Congolese pastor appeared wealthy. He had connections in America, after all, and knew donors across the sea who sent large containers of Bibles. He had the blessing of the government to put on free health clinics, and from time to time, he entertained European visitors in his humble home.

Yes, Ongasa’s neighbors were sure that he was rich. In actuality, however, the pastor and his family lived on a stipend, stretching it to accommodate his active role in ministry. His small salary was the reason he lived in a simple country dwelling instead of a more expensive home in a secure community, where help would be only a call away.

Unfortunately, Pastor Ongasa’s Western connections caught attention from others besides the harmless locals. Cruel and unscrupulous robbers roamed the countryside, striking terror to many hearts. Ongasa and his family understood the risks of living where they did; but while some families lay awake at night in fear, Ongasa and his family slept peacefully. With hearts surrendered to the will of God, they trusted their lives to Him.

One night while Ongasa and his wife slept, robbers broke into their home. Machetes gleamed in the moonlight as masked men invaded the bedroom. As Ongasa sat up in bed, he felt a sharp blade slash his arms.

“Don’t move.” The ringleader’s voice sounded cold as steel. He motioned to the other men. “Let’s kill him and take everything he has.”

Ongasa was not afraid to die, yet he prayed fervently for Heaven’s intervention. Then another voice interrupted the murderous plans.

“You will not touch him.” A tall man in a mask stepped to the front. “Do not kill him.” He stood head and shoulders above the rest of the bandits, and his voice commanded respect.

“We have killed many others. We should do the same to him,” the ringleader spat out. Just then, another robber lunged toward the bed, brandishing his machete.

The tall stranger shoved the would-be murderer out of the way. “You will not touch him,” he asserted again.

As Ongasa watched the argument unfold, his thoughts lifted to God in prayer. Are these men my neighbors? he wondered. Have I met any of them before?

The tall stranger continued to defend Ongasa’s life until the ringleader’s shoulders slumped in defeat. One by one, the robbers slunk from the room, followed at last by the tall man in disguise. While the bandits did ransack the house, not a one touched Ongasa or his family.

Today, Pastor Ongasa’s family lives in a safer area. He still bears the scars from the robber’s machete—the cuts he received before the tall “robber” appeared on the scene. But he doubts that man was actually a robber.

“He was taller and bigger than any of the other average Congolese who stood in my room,” the pastor recalls. “He didn’t act like a robber, and he wasn’t afraid to defy the others.” A little smile crosses the kind man’s face as he recounts it. “I suspect that he was an angel, sent from Heaven to preserve my life. And as long as I am granted life on this Earth, I will be God’s witness.”

Author
Abigail Duman was a missionary in the DRC for Congo Frontline Missions.

How You Can Help
Pray for the Train Them 2 Fish team as they train Bible workers to penetrate the dark regions of the Congo.

Pray for Pastor Ongasa as he leads his team in planting churches all over his country.

Give. If you would like to help reach souls in dark areas, mark your donation “Congo” and send it to:

Thank you!
Your continued donations enable us to support 20 Bible workers in the Congo!