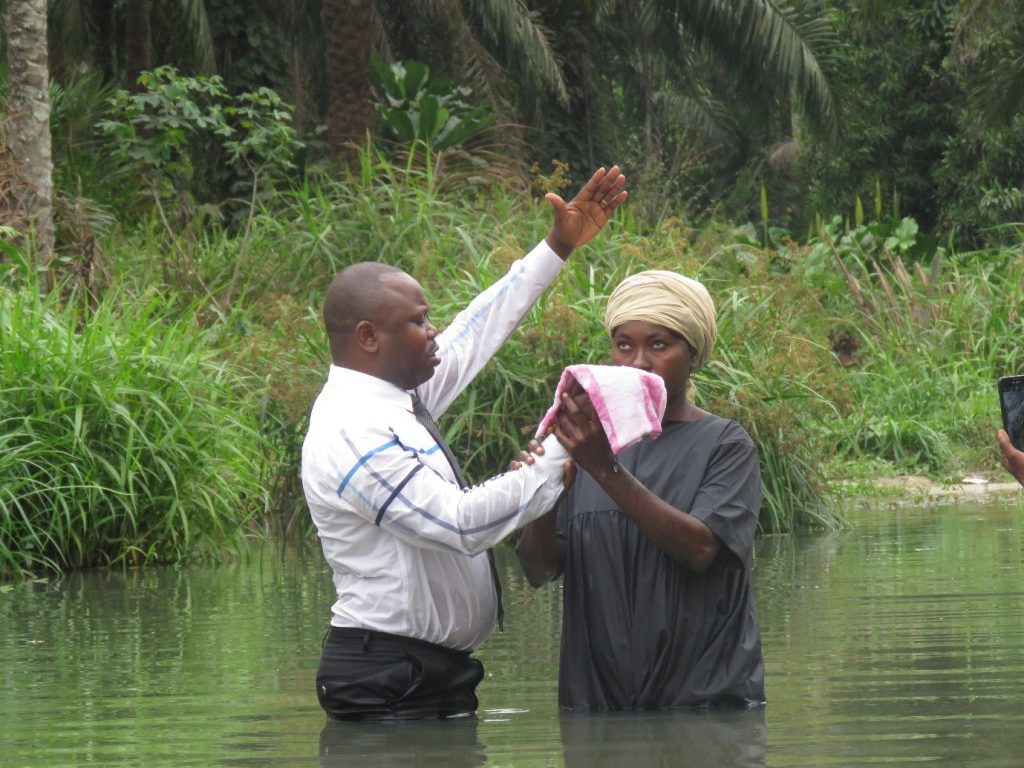 A miraculous healing opens evangelistic access to an entire community.

On the Atlantic coast of the Democratic Republic of Congo lies the town of Muanda at the mouth of the Congo River. Known for its beaches, Muanda hosts a few tourist attractions, but the foundation of its economy is an oil terminal along with a huge military base.

Although home to 50,000 souls, Muanda had just one small Adventist congregation worshiping under a tree. Then Abiathar and Jephté, two young Bible workers, were sent to nurture this congregation and to plant a new church at Muanda.

Assigned to work the area near the military base, Jephté started out door to door, seeking to build relationships with people in the community. Soon people told him about a teacher named Noëlla who had been bedridden for about six months, unable to walk due to a strange disease affecting her legs. Her husband Mukenga, an officer of the Congolese army, had also been unable to report for duty, as he had been needed at home to care for Noëlla and their children. The family’s finances were suffering, and none of the health institutions had been able to help. Noëlla needed God’s intervention. 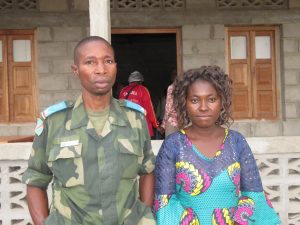 Jephté visited Noëlla’s family and offered to pray for her. The next day, he visited again, this time bringing Abiathar with him for united prayer. The two Bible workers then offered to ask their congregation to fast and pray for Noëlla for 24 hours, beseeching God to heal her.

God answered the believers’ prayers. After three days, Noëlla was able to stand up and walk slowly. One month later, Noëlla went back to work! The miracle opened Noëlla’s heart, and she agreed to start Bible studies with Jephté. Soon Noëlla and Mukenga both became faithful Bible students, and decided to give their lives to Jesus and become channels of blessings to their community. They started inviting their friends to Bible studies and asked Jephté to host a public campaign in their community. They helped Jephté find inexpensive property for a new church. Train Them 2 Fish paid for the property and organized a two-week medical evangelistic campaign for Muanda. Noëlla and Mukenga were so happy about the campaign that they offered their family’s new house, as yet unoccupied, to be used for the free medical and dental clinic. They wanted their home to be inaugurated as a place of service to the community. 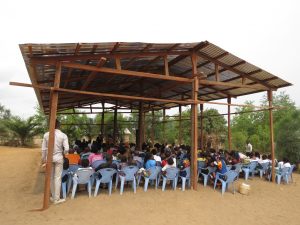 Every day, Noëlla invited people to the clinic where they could receive malaria testing and treatment, blood pressure and blood sugar screenings, pharmacy services, women’s health checkups, pediatric visits and dental care, all free of charge. In just three days, 381 people received free care at Noëlla’s house. Noëlla beamed with excitement to be joining a church that cares for the needy. She said, “God healed me and decided to transform my house into a healing center. I will follow God and support the healing ministry.”

At the end of the campaign, Noëlla and Mukenga were baptized together with 59 other people. A church was built, and a young pastor came to join Abiathar and Jephté in laboring for souls. We now have two Adventist churches in Muanda!

Location
Democratic Republic of the Congo

Author
Pastor Thomas Ongasa heads up Train Them 2 Fish, a training school equipping young people to spread the gospel in the Congo.

How You Can Help
Pray for Jephté, Abiathar, the new pastor, Noëlla and the other new believers as they continue sharing the gospel in Muanda.

Thank you!
Thank you for your prayers and gifts that help us to extend the healing ministry of Jesus in Congo.