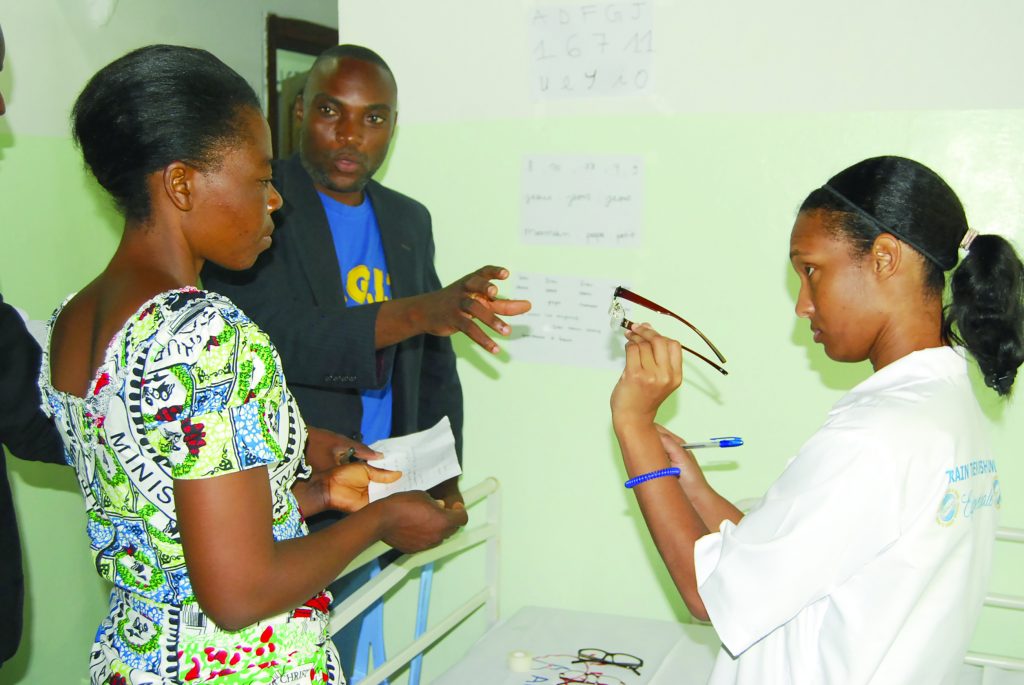 “I am tired of this confusion of religion,” the Congolese general spoke to his wife and children. “From now on, I won’t allow anyone in my house to attend church—anyone. And no one may come to this house to talk about the Bible or to preach.”

The man’s wife nodded. When the general spoke, everyone listened.

There are churches on every street corner in Kinshasa, the capital of the Democratic Republic of Congo. The sound of drums and music on Sunday morning greets the noise of traffic on the busy streets. “We have millions of people attending church every single Sunday,” the general explained. “Every church preaches about good news, but the lives of the people in church are full of corruption. I don’t like it.”

This is why I will not allow my children to go to these churches, he added to himself. For they would become corrupted too.

The general proceeded with his day’s agenda. Meanwhile, his wife ventured into town.

The general’s wife learned that a group called “Train Them 2 Fish,” was giving free medical care to the public. She decided to go through the eye program.

When his wife returned home, something different caught his glance.

He interrogated her, “where did you get that pair of eye glasses?”

“There’s a free medical program around the corner,” she explained. “I went there, and the people gave these to me.”

“The glasses you are wearing are the best you can buy here. They are very expensive. So, you must explain yourself,” the general insisted.

“My husband, these people are offering medical care for free. The glasses cost me nothing.”

“I cannot believe that they were given to you for free. They are very expensive,” he repeated.

“Go and see for yourself,” his wife suggested. “Or send someone to go for you and see if it is true.”

“Well, I will send my daughter. I trust my daughter to tell me the truth.”

The following day, the general’s daughter enrolled in the eye program. She also was given a pair of glasses.

“It is true Dad,” she reported. “These were given to me. They were free.”

“I must go for myself and see them.”

When the astonished general arrived at the corner, he came just in time for the devotional. When the program began, he approached the staff. “I want to see the coordinator of this program,” he said.

The man in front of him shifted nervously. “I’m not sure…” he began.

“I’m not here to arrest anyone, “the general assured him. “I am here because I want to see who is in charge of all this.”

The military general was led to Thomas Ongasa.

“Who are you?” the general asked.

“I am a pastor,” Ongasa replied.

“What is the name of your church?”

“What is that? I’ve never heard of the name.”

“The name Adventist means that we are waiting for the Second Coming of Christ,” Ongasa began. “And the Seventh-day part of our name is there because we worship Him on Saturday, the seventh day of the week.”

Pastor Ongasa offered to send a Bible worker to visit with the general.

When the Bible worker arrived, he marveled at the building’s security – for no one was allowed to step inside without permission. But two pairs of eyeglasses had been the key to his entry, and genuine Christianity had softened the heart of a once skeptical man.

“Come to my house and tell me more about your church,” the official said as he agreed to Bible studies. “I had made the decision that there would be no more religion in my home, but because of what I see you doing, my doors are open.”

Pastor Thomas Ongasa, formerly a conference president in the Democratic Republic of Congo, founded Train Them 2 Fish in answer to God’s call to equip young people to spread the gospel in his country.

Pray for Pastor Ongasa as he seeks to minister to the high and the low, the rich and the poor. Pray for this general of the Congolese army.

Donate. If you would like to participate in helping Pastor Ongasa reach people with medical needs in Congo, mark your donation “Congo Medical Work,” and send to: