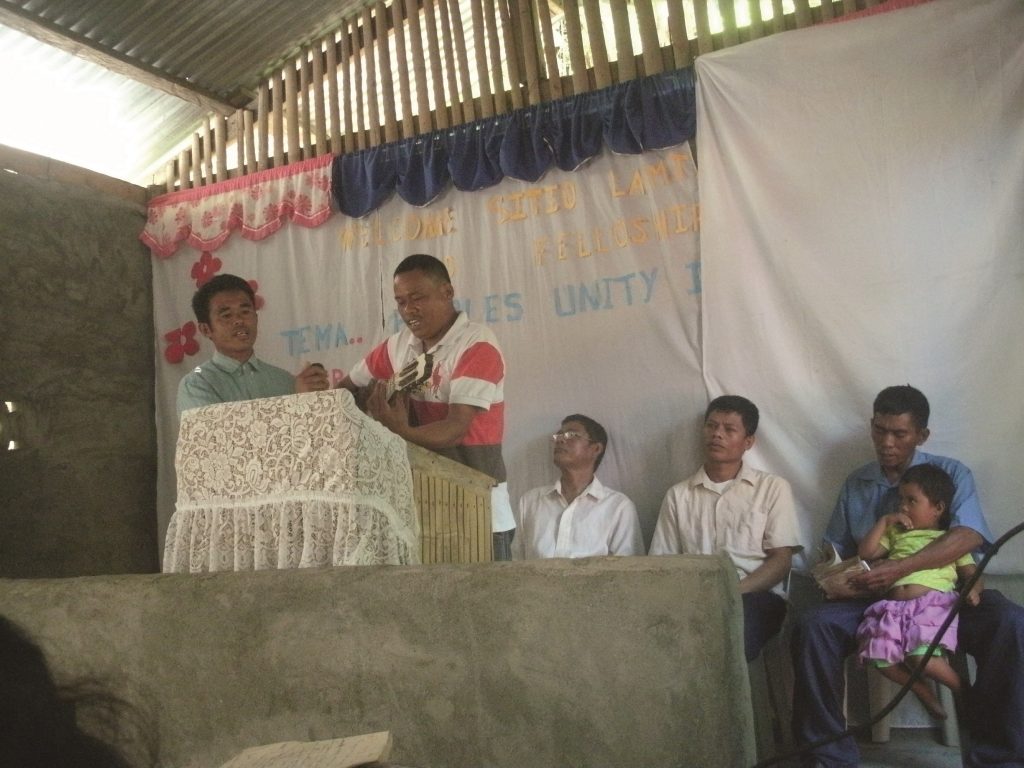 A man known for his bad habits accepts the gospel and changes completely.

“I know of a place where you ought to preach,” Ruben Malantik told me. A former Muslim imam, Ruben is always excited to find ways to share his newfound Adventist faith. “Silohon would be an excellent location for a seminar, and you could stay with my wife’s cousin while you are there. His name is Larry Calipot.”

Excited for the opportunity, I made arrangements to hold a crusade. When I got to Silohon, however, I learned that my host had some very bad habits. His drinking, smoking, and gambling caused distress not only to his wife and seven children, but to the whole village. The people abhorred Larry’s lifestyle so much that they seemed prejudiced against my message simply because of the darkness of the home where I was staying.

One morning as I helped Larry cut some wood, I talked to him about the Word of God and shared John 3:16. This opened the way for me to begin studying the Bible with him. I also did house-to-house Bible studies with Larry’s neighbors, and finally held a public crusade. Many people accepted the truth with gratitude, including Larry and his family. His mother, wife, and children were so happy to see the changes in Larry’s life as he accepted the gospel. Now, instead of roaming around town drinking with his friends, he visits his neighbors to share God’s Word. His neighbors have been amazed to see him throw away his vices through the help of God!

In time, we established a church group in Larry’s village. When we found it would be too expensive to buy land and materials for a church building, Larry offered his backyard to build a temporary church. “It is small,” he said, “but the important thing is to have a worship place.”

In March 2017, during Mike Bauler’s visit to the Philippines, Brother Larry was baptized with his family and some neighbors. The new church chose Larry as their elder. No longer could the village complain about Brother Larry’s dark side! His habits had completely changed. 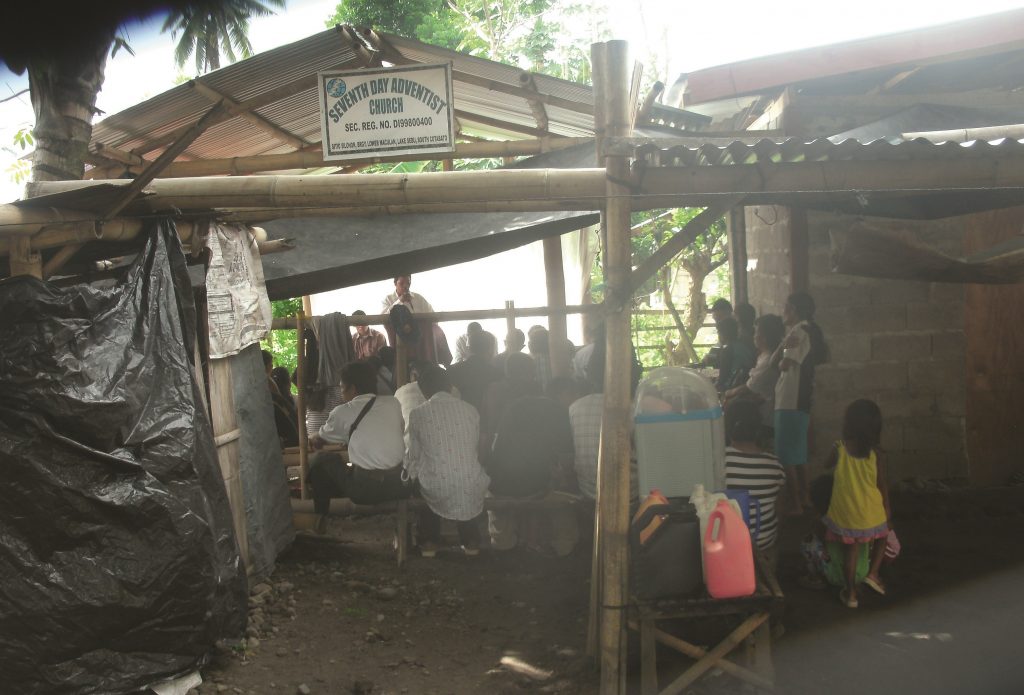 About a year after his baptism, Brother Larry met with severe trials. First, his youngest daughter died of pneumonia because he could not afford to take her to the hospital. A week later, he was arrested for a crime he had committed many years before he found Christ: stealing a motorcycle. The policemen hauled Larry to jail and beat him.

Worried about Larry’s situation, the church held a meeting to discuss how we could help Brother Larry get out of jail. We knew that the motorcycle had been returned to its owner many years before, so we decided to talk to the victim and ask forgiveness on Larry’s behalf. However, the motorcycle owner refused our request and demanded 50,000 pesos (about $1,000 USD) as compensation. Larry’s family, of course, could not afford to pay. His oldest daughter and his grandmother, determined to earn the money, found a job harvesting corn; but they could not raise near enough.

Despite their trials, Brother Larry and his family have not lost their faith in God. Every Sabbath they worship together at the jail, and they pray for the Lord’s help. God is answering those prayers.

Recently, we went back to the victim’s house to renegotiate. Thank God, he reduced his demand to 30,000 pesos. Although this sum is still very high, we can see God working! Please pray with us that the Lord will deliver Larry. He and his family will be so grateful for your intercession.

Author: Temtem Piedraverde is a Bible worker in South Cotabato on Mindanao Island in the Philippines. temtempiedraverde@yahoo.com

Pray for the Lord to sustain the Calipot family through this difficult time, and to help them pay the sum needed for Larry’s release.

Pray for the new congregation in Silohon to remain strong and committed.

Donate to the work in the Philippines. Give online or send your check marked “Philippines” or “Philippines workers” to: