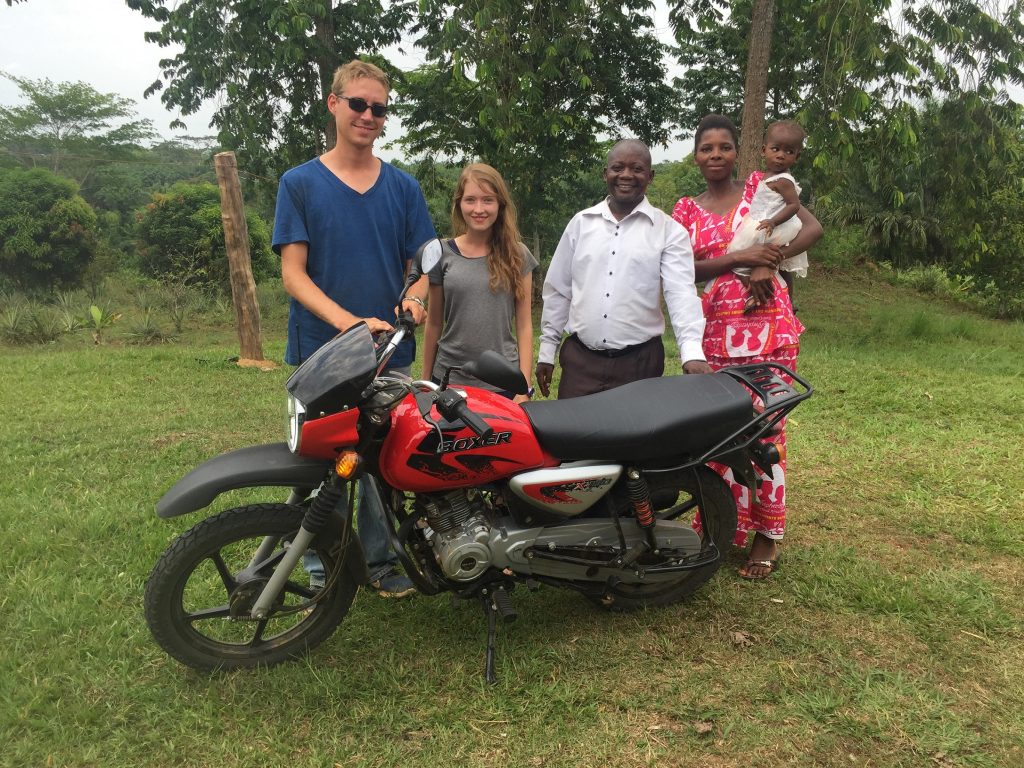 A Motorcycle for Pastor Kodo, Part 2

A pastor gives his motorcycle money to God’s cause.

In Part 1 of this story, printed last quarter, Pastor Kodo gave the $200 he had managed to save for a motorcycle so that a poor congregation could buy new roofing materials.

A smile wreathed Pastor Kodo’s face as he spoke with a pleasant, confident gaze. I had difficulty containing my excitement as I listened.

“There are two challenges,” he began. “My challenge is that of transportation to reach the churches in my four districts. For the churches, their challenge is to function more independently, as I cannot be there as often as I would like.”

Wherever he travels, Pastor Kodo told us, he teaches his church members to cultivate the ground and earn a living for their families. In one congregation, two individuals who took his advice and began growing crops soon had enough money to buy themselves motorcycles. As he told us of it, the smiling man made no mention of the gift of his motorcycle money that had enabled one of his churches to have a new roof. Marveling at the humble pastor’s care for his congregations, I felt sure that our Father would repay him in the Kingdom. Yet I also knew that God was about to reward his unselfishness in a tangible, earthly way.

We finished our meal and meandered onto the porch, and in an instant, my husband had disappeared. I knew where he had gone. Already, I could feel myself smiling.

In a few moments, the faint rumble of an engine could be heard, growing louder as it approached the house. As the motorcycle pulled into the front yard, one of my fellow missionaries turned to our unassuming guest. “Pastor, this motorcycle here—it is not ours. It is yours.”

Silence reigned for several seconds. Then my husband bounded up the steps, key in hand. “For you,” he said.

The pastor’s eyes widened as he stared at the keys in his open palm. “Ah?” Surprise and anticipation glistened in his dark eyes as his voice caught with emotion. Turning to the rest of us, he spoke quickly. “Let us pray.”

Falling to his knees in our midst, Pastor Kodo prayed a beautiful prayer in Swahili. I couldn’t understand all the words, but I understood his gratitude. “Father God,” he began, “You have given me a gift this day. I praise You, oh God. Please bless those that have given for me. Bless their families, bless their homes, bless them in all that they do.”

After the prayer, a friend urged me to tell Pastor Kodo the whole story. “I watched the new church being built,” I explained, “and there I learned that the church had only their old rusty roofing materials to use. I heard you promise to give your own motorcycle money so that they could have a new roof. I was touched by that gift. I told people in America, and they too were touched and inspired by what you did. They have paid for this motorcycle. It is for you.”

Still looking overwhelmed, Pastor Kodo approached the new motorcycle, gazing at its smooth seat and shiny red paint. I smiled to think of what it meant for him: No more moto-taxi rides for pay. No more long miles peddling his bicycle in the hot sun. Heaven had blessed this man for his faithfulness. He could lay down his old bicycle and speed off to continue his work for the Master!

Due to a pastor’s sacrifice, a growing church has a solid roof. Thanks to gifts from across the sea, a pastor will be able to reach more souls for the Kingdom. And because a young lady helped coordinate this blessing, she was given a moment to treasure forever!

As a child, Abigail dreamed of foreign mission service. As an adult she helped with Congo Frontline Missions.

Pray that Pastor Kodo will be able to reach more people with the gospel now that he has a motorcycle.