The Democratic Republic of Congo is the most populated French speaking country in the world with over 80 million people located in the heart of Africa. This country has been unstable for more than two decades and is also known as one of the poorest countries in the world, but it still has many of opportunities for ministry. The people of the Democratic Republic of Congo are open to the gospel and are hard workers.

Considering the economic and social challenges in Congo where most of people live with less than $1 per day, Train Them 2 Fish was born to educate people how to help themselves spiritually and physically. Train Them 2 Fish has been offering sewing training to single handicapped people able to use their hands, providing sewing machines and material as a seed to them. Train Them 2 Fish is also educating people in microfinance under the supervision of Bank of Africa based in Congo. The bank provides training, and Train Them 2 Fish collects funds from donors to be given as loans through the bank, and the bank collects loans from receivers to be given to new people. Church members as well as non-Adventists have been blessed by this ministry. 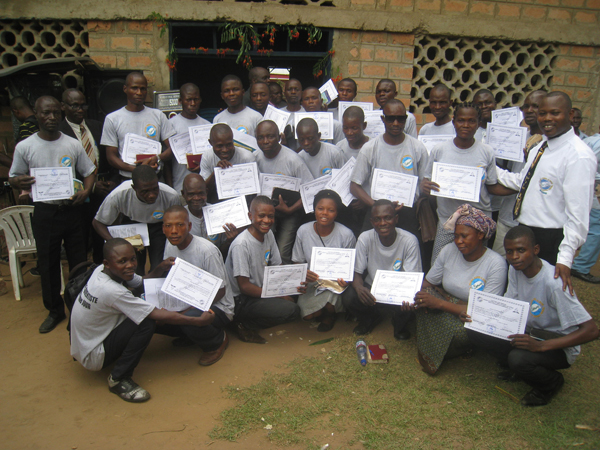 Train Them 2 Fish is also involved in training self-supporting church planters. The plan is to provide seed funds for a period of two years. A very inspiring case is the one of Emmanuel. He was trained in 2016 and received a seed fund which was invested in growing carrots while studying the Bible with people at Kenge Village. Working with the bank, Emmanuel has invested money to buy a motor bike. The motor bike will be making $10 per day and Emmanuel will keep producing carrots. As a self-supported evangelist, Emmanuel has planted a new congregation with 58 baptized members. These newly baptized members are in need of a shelter to worship God at Kenge.

Adrien was assigned to work in Kimvulam, where there is a very special group of people – a Black Religion. They don’t believe in the Bible, and they say the Bible is only for white people. They said there were no black people mentioned in the Bible. 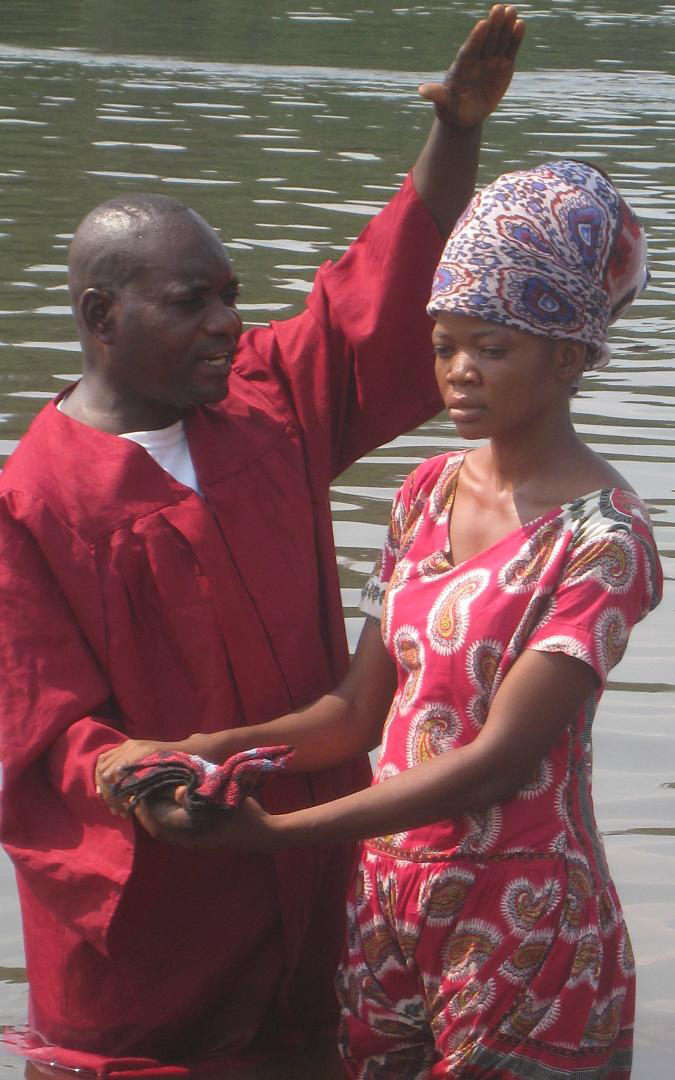 One day he asked a few people from the Black Religion if they wanted to hear about the black person in the Bible, and they said yes. Adrien read the story from the Bible about the Ethiopian eunuch and asked them where Ethiopia is. They responded, “In Africa.” Adrien told them that the Ethiopian was reading the Bible, especially the book of Isaiah. When he made a call asking how many wanted to start reading the Bible as their African brother did, three people accepted and began reading Isaiah because of the Ethiopian who  read the Bible. These people wanted to know more. They went to tell the chief of their village about Adrien’s church. Adrien was invited to tell the chief the story of the black man reading the Bible. The chief of the village liked the Seventh-day Adventist message and gave Adrien a place to plant a church, and eight people are meeting there every Sabbath. The chief visited on the first day of the meetings, to be sure the gospel was correct. The Black Religion community at Kimvula wants to know more about Jesus.

Adrien traveled to various places and was in two accidents which were very serious. The devil didn’t want him to enter his territory. One of the accidents took the life of the driver, but Adrien’s life was spared two times. Thank you for your prayers and support to people like Adrien.

Mr. Akongo used to be an evangelist for a local Baptist Church. After attending evangelistic meetings, he decided to be baptized as a Adventist in 2014. The mission didn’t have money to sponsor him until Train Them 2 Fish had a training program for lay pastors in 2016. He was sent to our training center and one month after the training he was sent to Songololo, near the Angola border, where there was no Adventist presence. He started making friends and later gave Bible studies. Within five months, there were 23 worshipers. Six of them are ready to be baptized. Train Them 2 Fish gave him seed funds, and he is progressing to be self-supporting. He purchased a motor cycle and used it to earn $10.60 each day. Within six months he purchased another motor bike and this doubled his income to $21.20 per day. We are praying for Brother Akongo to become a well-grounded tent-maker evangelist and for the small congregation to increase in membership. A One-Day Church is needed for this small congregation.

Thank you for being a part of Train Them 2 Fish through your prayers, giving and talent.

Pastor Thomas Ongasa works in the country of Democratic Republic of Congo. Pastor Ongasa was formerly the president of the local conference of Seventh-day Adventists. He believed that God was calling him to start a training school to equip young people to spread the gospel in his country.

Pray for the young people being sent into remote areas of Congo to establish churches.

Donate. Funds are needed to train Bible workers, to build churches, and to equip Bible workers and pastors with Spirit of Prophecy books. Donations are also needed for Bibles. If you are impressed to help spread the Three Angels’ Messages in the Congo, please mark your donation “Congo Workers”  and send it to: