Gospel workers raise up 17 new churches in Ethiopia.
We used to have many Seventh-day Adventist churches in our district in southern Ethiopia. Unfortunately, we did not have many gospel workers to care for them. In consequence, our head office sent instructions that we should only maintain churches at a distance of every three walking hours. One by one, churches were rescinded and combined until just five churches remained in the district.

With such a great walking distance between churches, our membership began dropping. In place of the churches we had closed, new Sunday-keeping churches rose up. These developments upset us all, young and old. We wanted the church to expand, not shrink. Yet, in that entire district we had only two gospel workers!

After we had no other option, we started praying. While we were praying, development started slowly. Daniel Shamebo Sabore, who had grown up in our district, used to ask about the progress of the church when he came to visit. He would listen with sorrow as we told him about the lack of workers. It seemed our region was given less priority than other regions of the country. 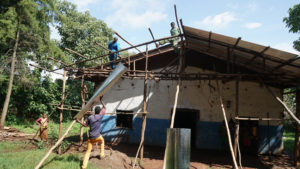 Reviving one of the old churches.

Sometime later, Daniel moved to the United States. Then, from afar, he began to hire gospel workers in our district. The gospel workers began establishing new churches, and they also helped revive the old churches. People started getting excited and motivated, and wanted to do something themselves to help our churches grow. The fire started to kindle! Now, instead of closing churches, we decided to establish new churches in as many different places as possible.

Some of these groups worship in rental houses. Some meet in the homes of individuals. Other groups have decided not to join the organization until we can find a worship shelter for them. 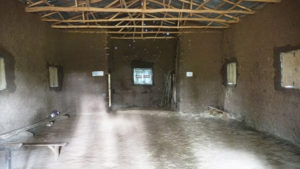 One of the new church buildings

In 2013 and again in 2016, Daniel Shamebo Sabore and Pastor Cody Francis came to southern Ethiopia to conduct prophecy seminars. Their efforts stirred up even more interest throughout the district. Strong gospel workers began penetrating previously unentered areas. Their converts have included some very strong evangelists from Sunday churches who have been able to share with their previous members, bringing many to join our church. Under God’s blessing, the Seventh-day Adventist Church in our area is growing faster than ever before.

Four times a year, we hold gospel seminars with the help of 16 gospel workers and 45 laypersons—government employees, merchants and farmers. We give these believers training seminars and then send them to different areas to knock on the doors of believers and non-believers everywhere, encouraging people and preaching the message. These gospel campaigns last ten days. The laypeople actually take that much leave from their occupations to volunteer in gospel work! Often, these seminars will bring 100 people into the church.

Three years ago, when I was appointed as district leader, our total membership was 1,225. Currently we have 1,875 members! May God bless Daniel and his family and all who have donated to this work. Your support has motivated the people here to plan, organize and labor—and God has brought the increase.

Pastor Ajabo is the district leader of the Tambaro and Jacho zone of the Seventh-day Adventist Church in Ethiopia.

How You Can Help?

Pray for the gospel workers and laypeople in southern Ethiopia, that through the Holy Spirit’s work they may continue establishing congregations in the remote villages of their area.

In response to Cody Francis’s DVD appeal, you sent over $4,250 for the work in Ethiopia. To see the video, visit www.missionspro.org or contact us to receive a copy of the DVD.