Ruth Ramos Teixeira, 76 years old, lives alone in São Bernardo do Campo in the state of São Paulo, Brazil. As a child Ruth grew up in a Christian home. In fact, her parents attended a Seventh-day Adventist Church and tried to live according to the Bible’s teachings, but Ruth did not share their interest in spiritual things. 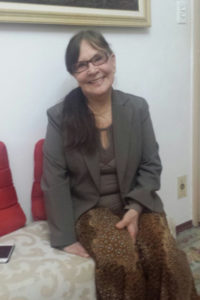 When Ruth’s family moved to a town with no Seventh-day Adventist presence, one by one the family members chose different churches to attend: Baptist, Assembly of God, etc. Ruth took the opportunity to quit going to church altogether. Occasionally, she attended family worship or the prayer meetings her parents held in their home, but she had decided she wanted to live her life enjoying the things of this world.

In time Ruth married a man who, like her, had no interest in religion. Sadly, after 15 years of marriage, her husband left her for someone else. Although distraught, Ruth endeavored not to let the separation ruin her life. Pressing on with her normal work routine, she sought to overcome her sad fate.

Time went on until one Sunday a new church opened near Ruth’s home. As a Pentecostal congregation, this new branch of the Universal Church of the Kingdom of God played music that caught Ruth’s attention even from outside its walls. Attracted by the catchy tunes, she began going to church each week. However, after a while she saw things happening there that were not right, so she quit attending. Yet her interest in spiritual things had been aroused, so she went in search of another congregation to worship with. Eventually she found an Assembly of God Church that she liked. In addition to attending worship services, she began to study the Bible. Before long she decided to be baptized.

For six years Ruth worshipped at the Assembly of God Church until she had to move far away. Now, instead of looking for another church to attend, she started listening to sermons on the radio. Some radio preachers shouted so much that she did not enjoy their presentations, but she kept searching until at last she found a program that appealed to her tastes. Although she did not know what denomination they represented, Ruth really liked how the couple on this program explained God’s Word. She was very disappointed when the broadcast went off the air.

Ruth kept listening for radio programs she liked until she heard a new program featuring the same couple she had listened to before. The couple’s names, she learned, were Alexandre Bernardes and Olympia Cristina, and the program title was A Verdade Para o Tempo do Fim (The Truth for the Final Days). One day the program advertised a Bible seminar explaining the book of Revelation. Ruth really enjoyed studying prophecy, so she began attending the studies with Alexandre and Olympia and the program’s other listeners. 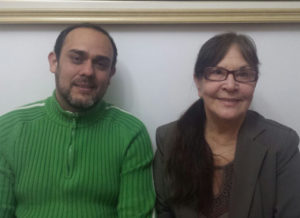 After going through the entire Revelation seminar, Ruth joined a group study called Encontros Com a Vida (Finding Life)—another event held by A Verdade Para o Tempo do Fim. One week the study topic was the Sabbath, and for the first time Ruth realized that she had been listening to Seventh-day Adventists. By this time, though, she was so impressed with what she had been hearing that she kept attending the studies and listening to the radio program. Then, once again, Ruth’s journey sent her on a detour. Her older sister became very sick with a neurological disease and needed Ruth to move into her home to take care of her. For three years Ruth did not attend any church, listen to radio sermons or attend Bible studies. Not until her sister died did Ruth return to her own home. Almost immediately she resumed listening to A Verdade Para o Tempo do Fim. She also participated in the Encontros Com a Vida Bible studies when she could, but because she had developed a herniated disc she did not always feel up to going.

A while later Ruth’s daughter signed her up for a new cable TV package which included the Hope Channel. Watching this station gave her the desire to seek out a Seventh-day Adventist Church. When she visited one near her home, the members warmly welcomed her. After a few months of attending this church, she chose to be rebaptized as a Seventh-day Adventist.

On the day of her baptism, Ruth testified that it was through the radio program that she came to understand that this church is the true church and that this is the church where she should stay. Ruth now follows the gospel with her whole heart. She says she feels very fortunate to have found so precious a message!
By Rafaela da Costa Almeida of Ministerio a Verdade Para o Tempo do Fim, in Brazil. averdadeparaotempodofim@hotmail.com. Support for this ministry may be sent to Mission Projects International, PO Box 59656, Renton, WA 98058, marked “Brazil.” To donate online, visit www.missionspro.org.